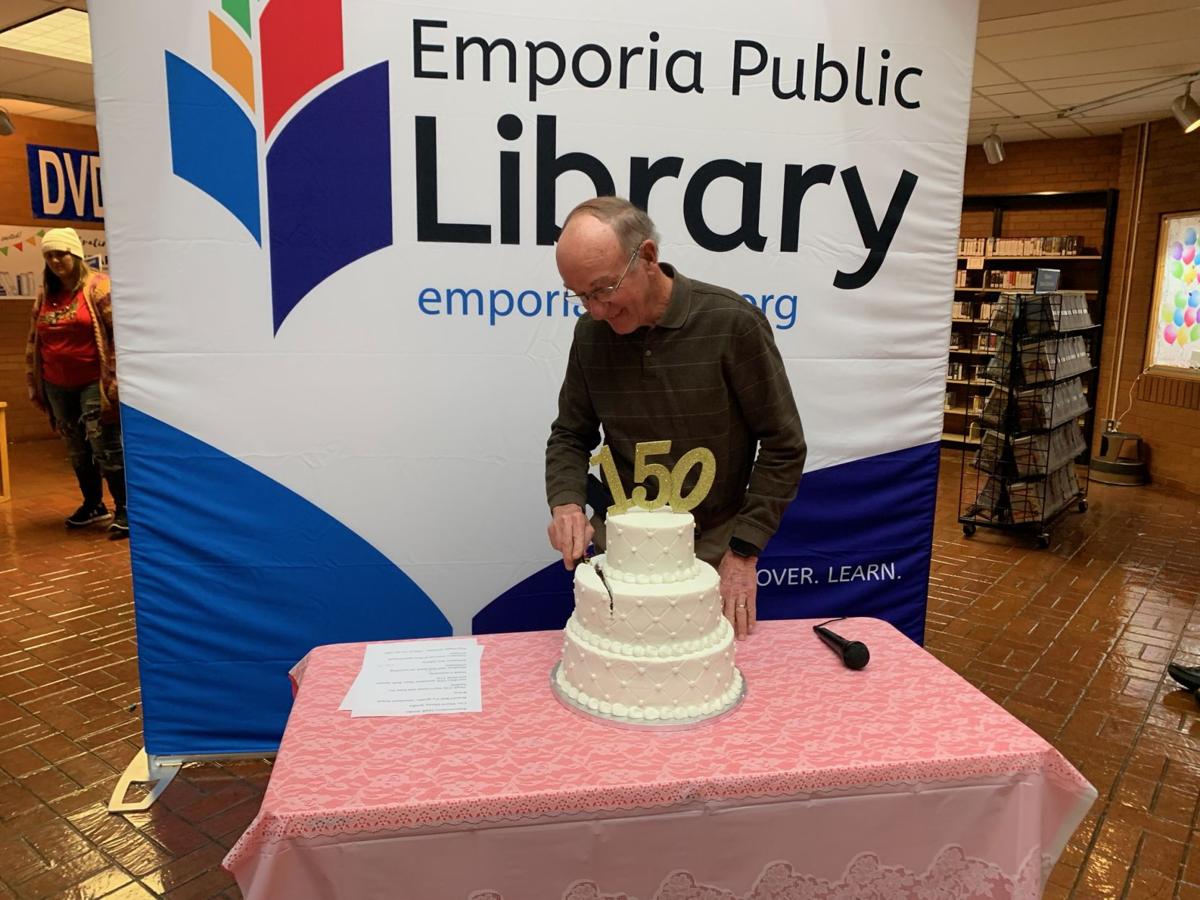 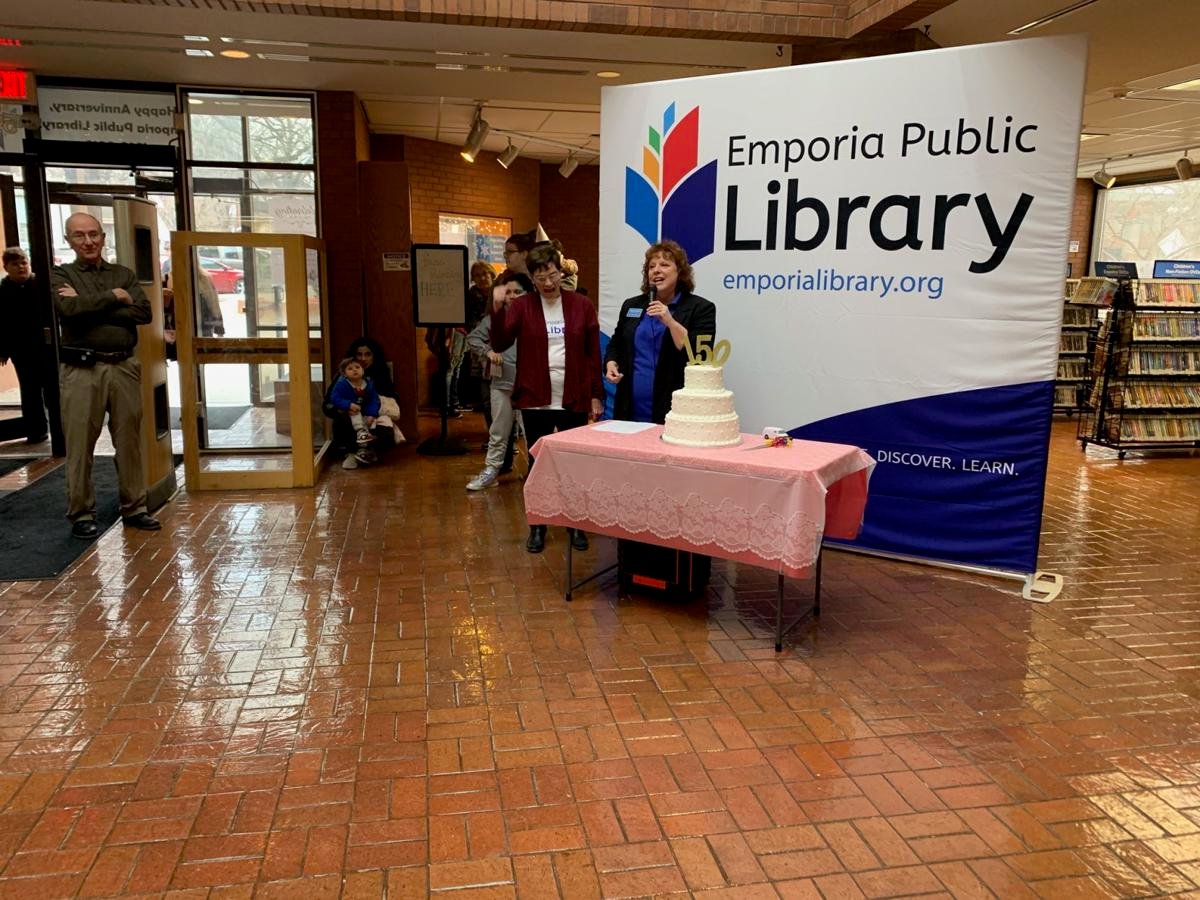 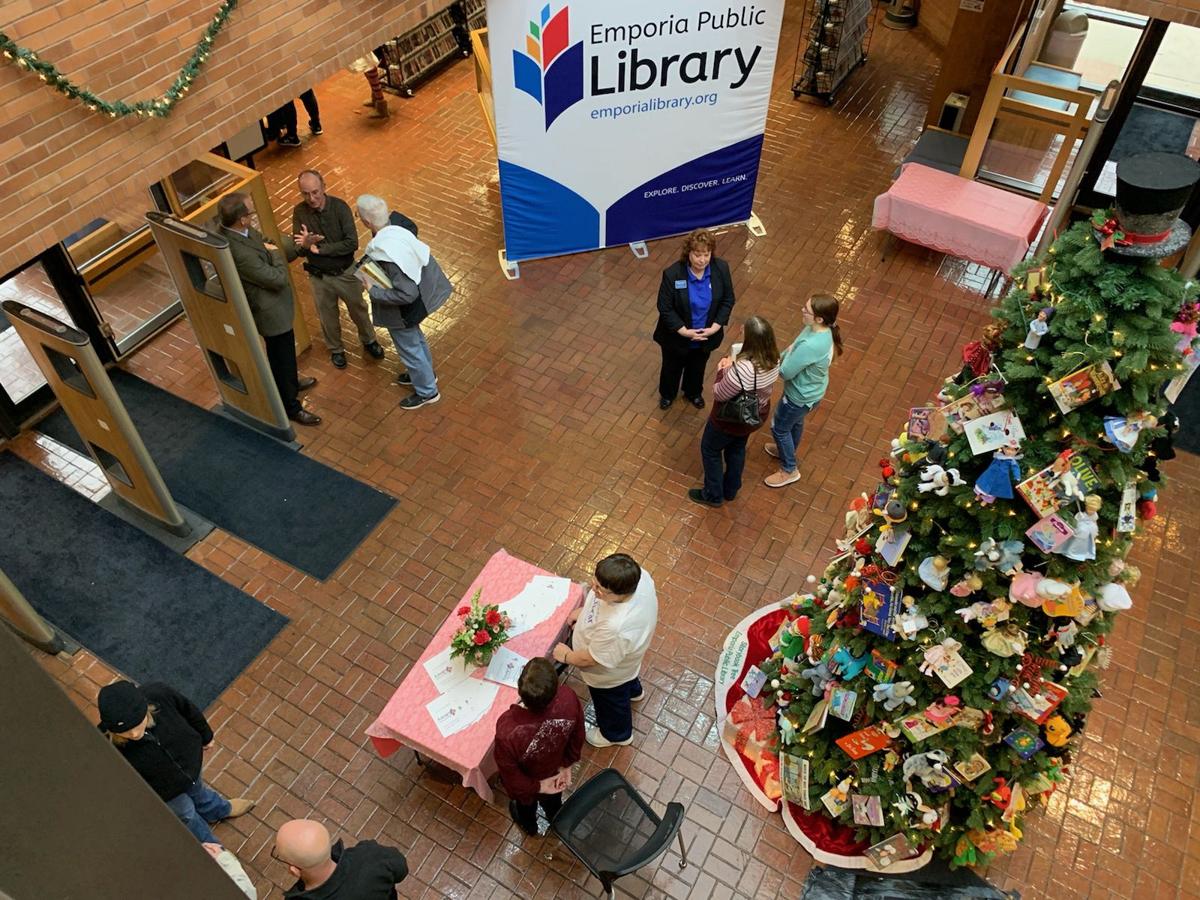 Community members chat in the from atrium of the Emporia Public Library during the 150th birthday celebration Saturday. 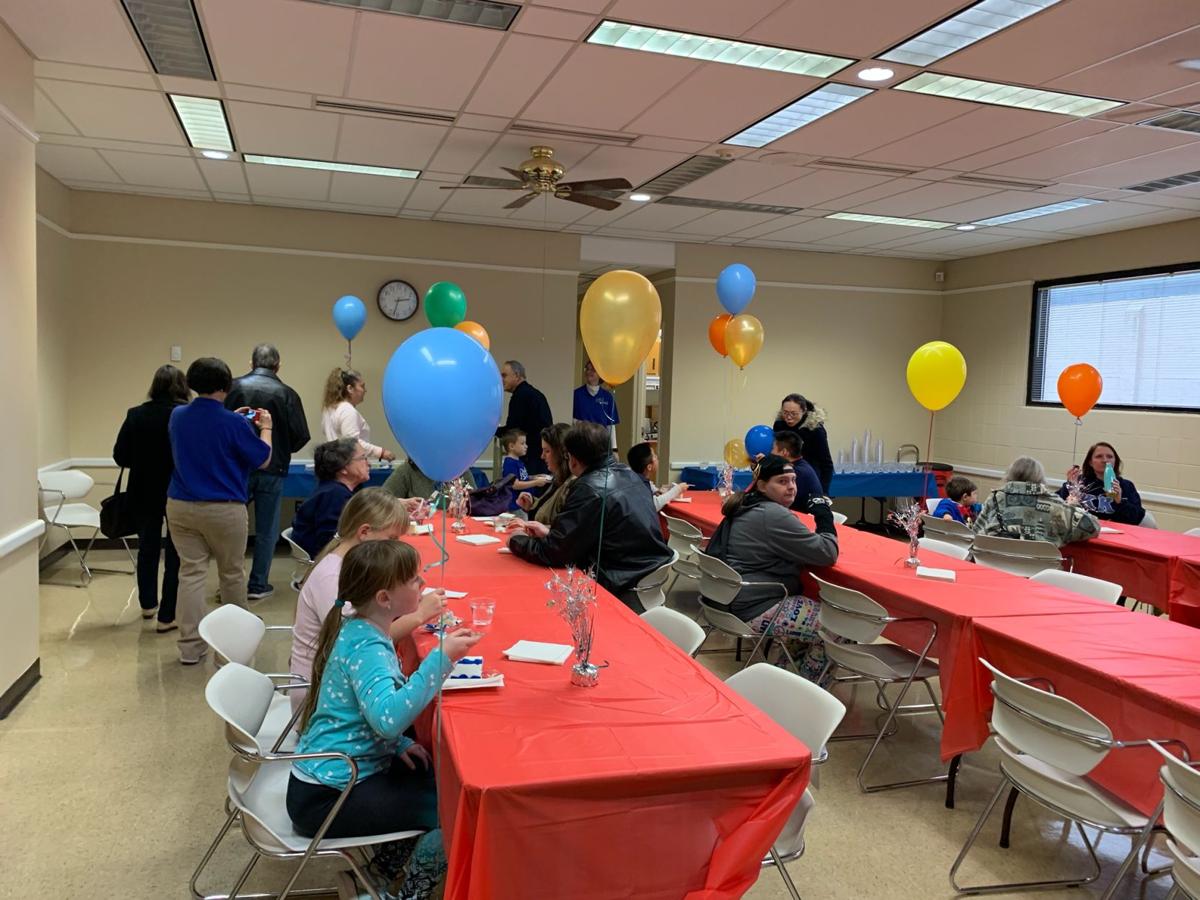 Cake was served for those who helped the Emporia Public Library celebrate its 150th birthday Saturday. 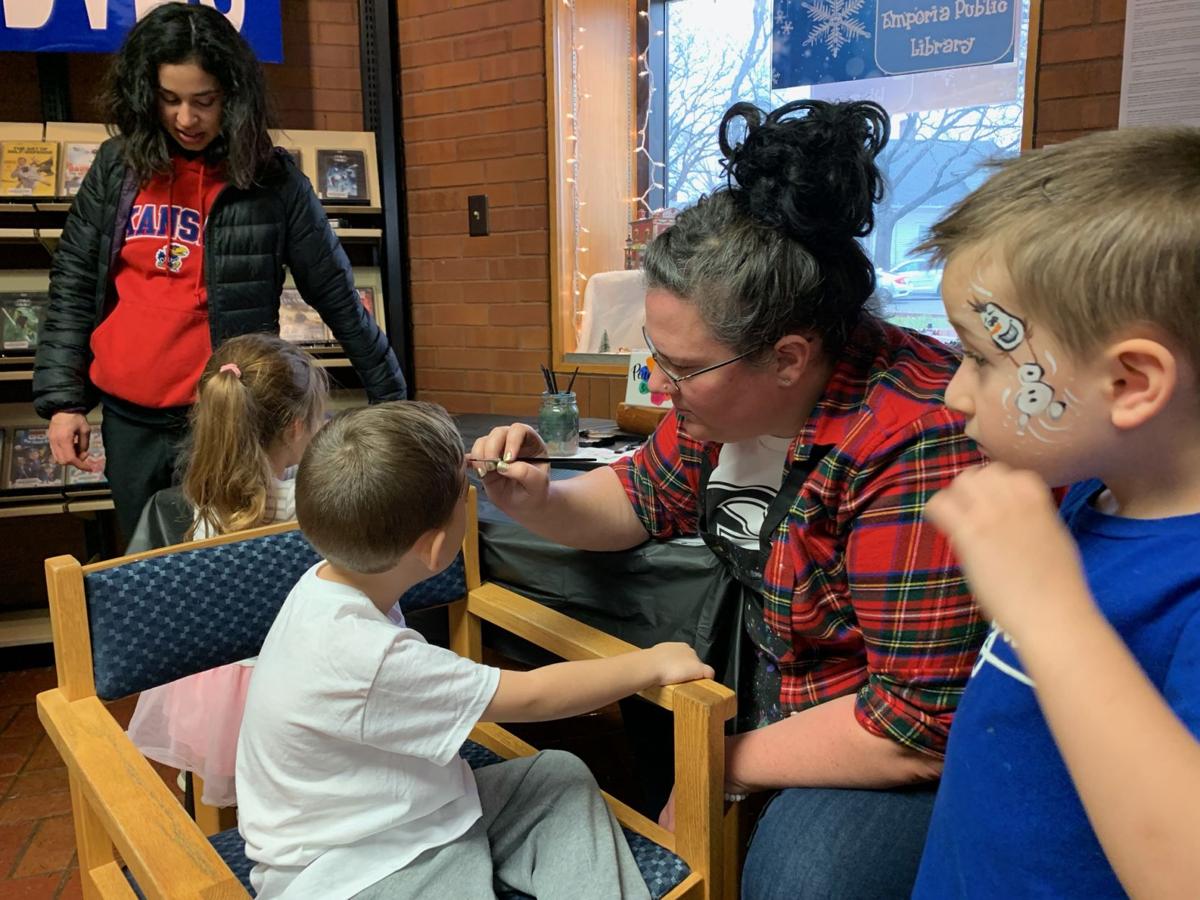 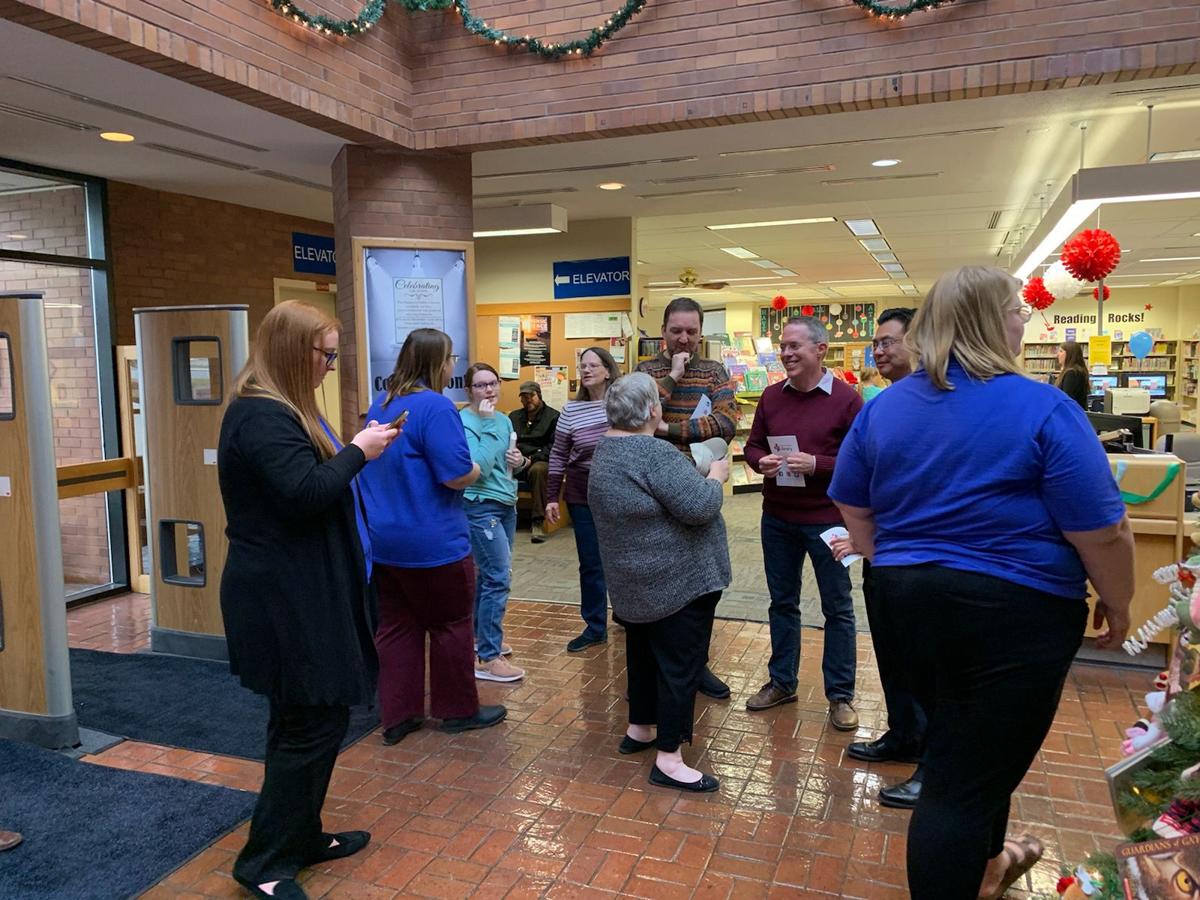 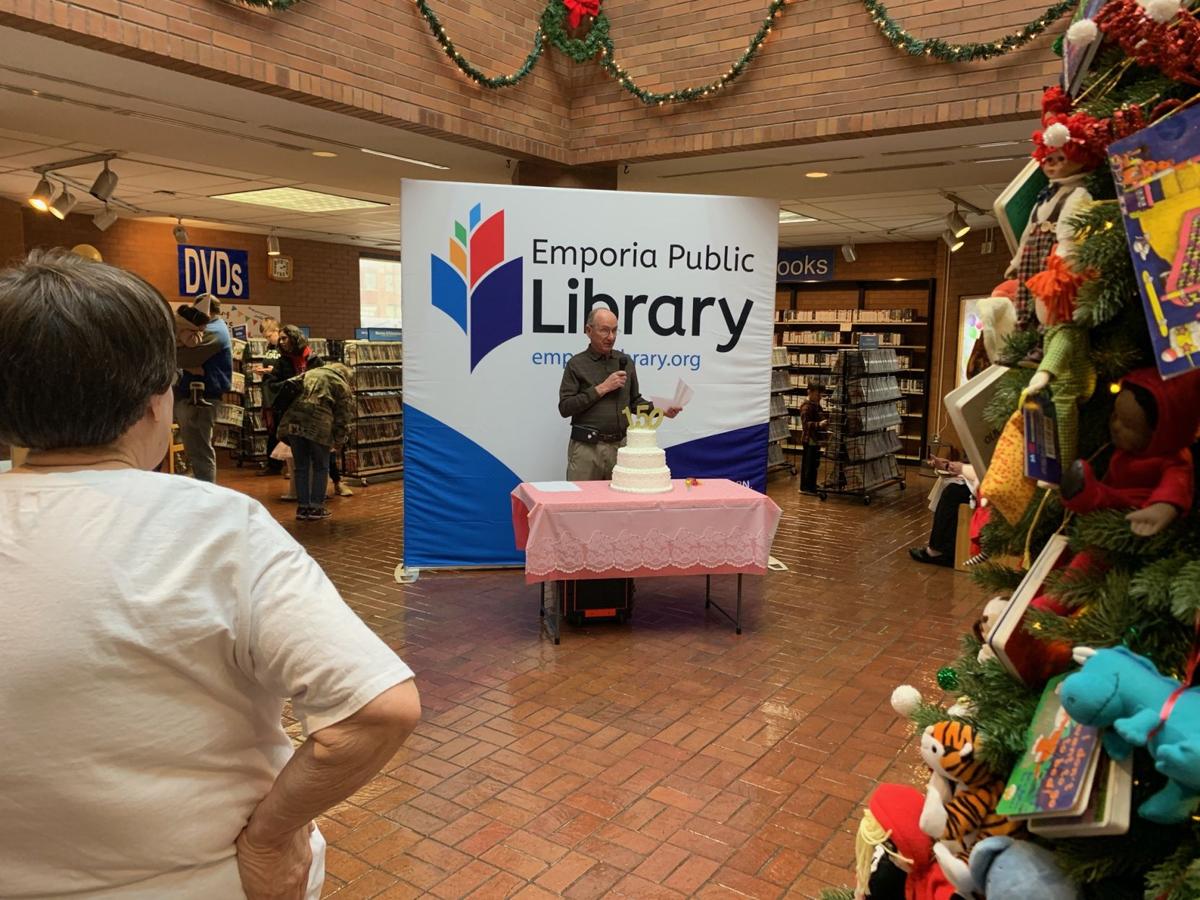 Community members chat in the from atrium of the Emporia Public Library during the 150th birthday celebration Saturday.

Cake was served for those who helped the Emporia Public Library celebrate its 150th birthday Saturday.

The day marked exactly 150 years since, on Dec. 14, 1869, a group of Emporia citizens recognized the need for a library in the 12-year-old community. A year of special events, speakers and more culminated with a 150th birthday party. Library staff, board members and advocates along with local politicians and patrons helped mark the occasion.

“Through times of recession and prosperity, war and peace, Emporia Public Library has served the community of Emporia,” Vice Mayor Danny Giefer said before cutting the official birthday cake.

“More individuals pass through these doors than any other public building in Emporia.”

Saturday’s celebration included a brief ceremony with remarks from Kansas Rep. Mark Schreiber, Giefer and Newell along with recognition of the Friends of the Emporia Public Library and members of the Library Board. Afterward, there was cake, face painting, button making and much more.

Schreiber said the library’s longevity is a credit to the foresight of the city’s founding members. Newell added that it is proof that Emporia has been and still is a community that understands the value of literacy, education and the library’s role as a social place to make connections.

“One-hundred fifty years — do you know how many days that is?” Newell asked the gathered crowd, fielding a couple guesses before revealing the number. “It is exactly 54,750 days. All that time ago, a group of women in this community thought we needed a library. Now, here we are, all those days later.”

Saturday’s celebration, however, was as much about celebrating the future of the library as it was honoring the past. Newell said this past week, the library board voted to make Emporia Public Library a fine-free library, meaning there will be no fines for late materials — with the exception of mobile hotspots — in the future. All existing fines have also been erased and those cards are no longer blocked.

“We wanted to open that up and welcome those people back to the library,” she said.

It’s one of what she hopes will be several changes moving forward.

The current library building at 110 E. 6th Ave. opened on April 29, 1979. Now, after 40 years, she said there is a need to expand and open up more space for new opportunities.

“This building, 40 years ago, it was built to contain books,” she said. “The library is so much more than that now. It wasn’t built to be an integral part of a community.”

She said the library has experienced a 10 percent growth in circulation during the past year, a trend which is being noticed statewide. That growth is in tangible items — people checking out books, DVDs and other materials. They have also had a growth in events and programs, evidenced by the fact 600 people attended Breakfast with Santa on Dec. 7 as opposed to 488 in 2018.

“(There’s this thought of) I have a cell phone so I don’t need books,” Newell said. “But the library goes way beyond books. You’re living in a fantasy if you think everyone has a cell phone or people don’t need the library anymore. It’s still an extremely important part of social connectivity within a community.”

She said the board will begin discussing ideas for expansion in the near future, with strategic planning and a capital campaign among the possibilities. Looking forward, Newell is also excited to see the library continue to build partnerships with sectors of the community where a relationship has not existed in the past. She said they have already worked with the School of Library and Information Management at Emporia State University to the benefit of both students and the library.

“That’s a part of the community where there has never been a connection before,” Newell said. “There are a lot of opportunities, and we’re going to be looking into many more opportunities in the future.”

She feels the future of the library — like its past — is bright; thanks in large part to a supportive community that values literacy and education along with local leaders and politicians who show continued support.

It is for those reasons, Newell said, the library has endured, is not going anywhere and why it needs to continue to grow.

“This is the culmination of a year’s worth of celebration,” Newell said. “We’re excited about those 150 years, but this is not the end. This is just the beginning of the next 150 years.”

"We're excited about those 150 years, but this is not the end. This is just the beginning of the next 150 years."

I grew up near Emporia and an area that had no library, so I greatly appreciated being able to use the Emporia Library. It was in the old building back in the 1950s and 1960s, and I started by reading every Zane Grey novel in the collection.