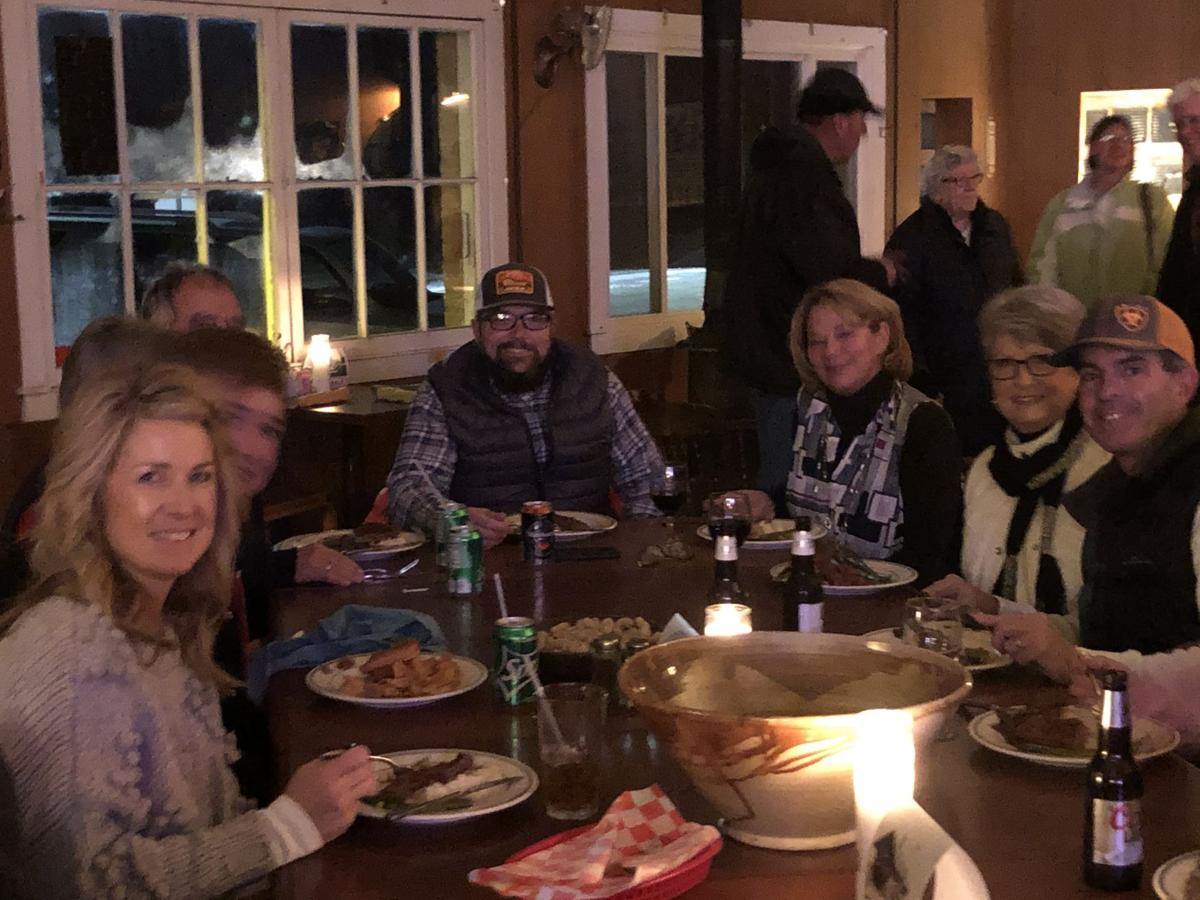 The Baumgardner family enjoyed a reunion Saturday at Bummie’s. 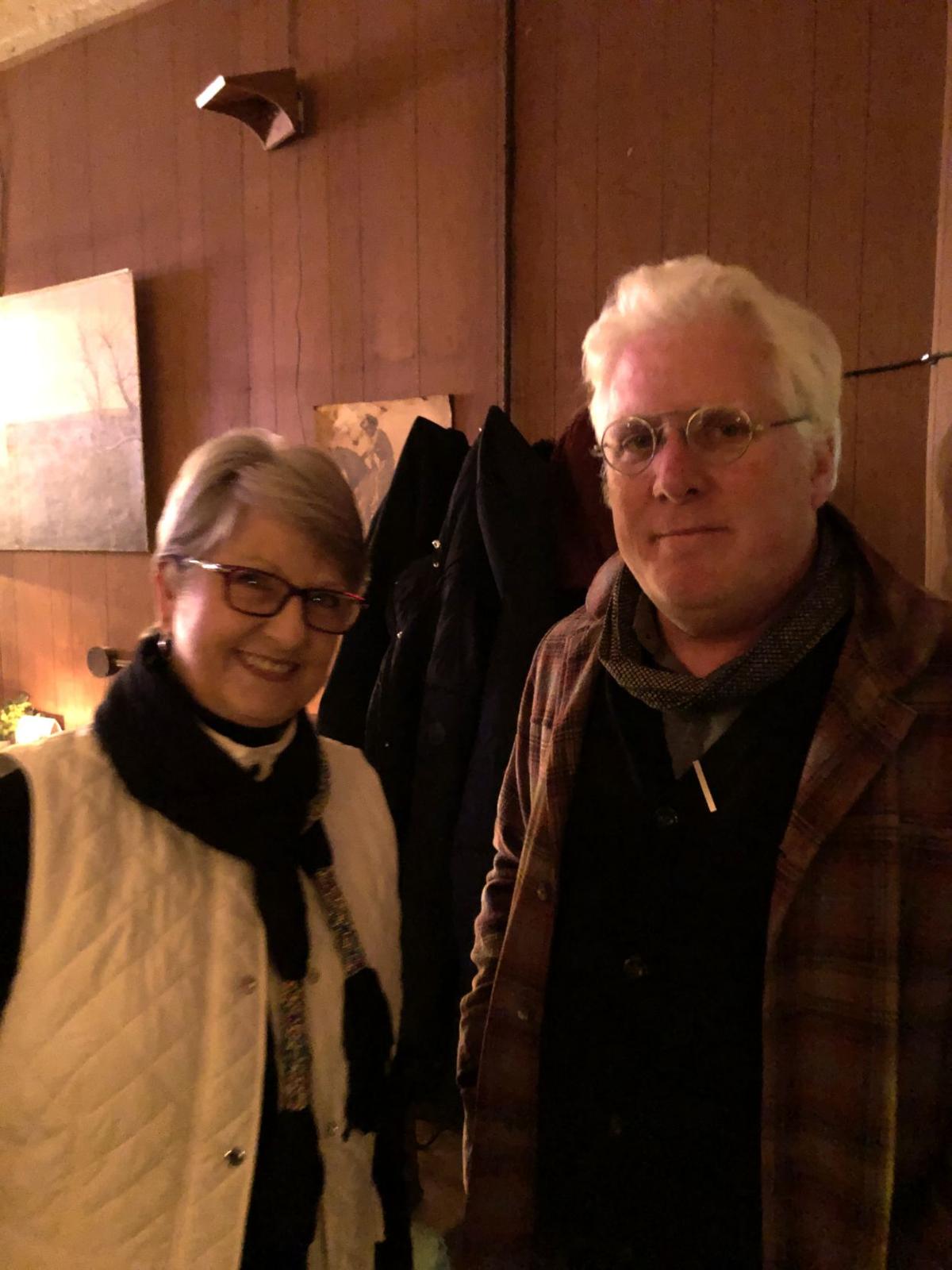 Connie Baumgardner and John O’Brien pose for a picture at Bummie’s in Elmdale Saturday. 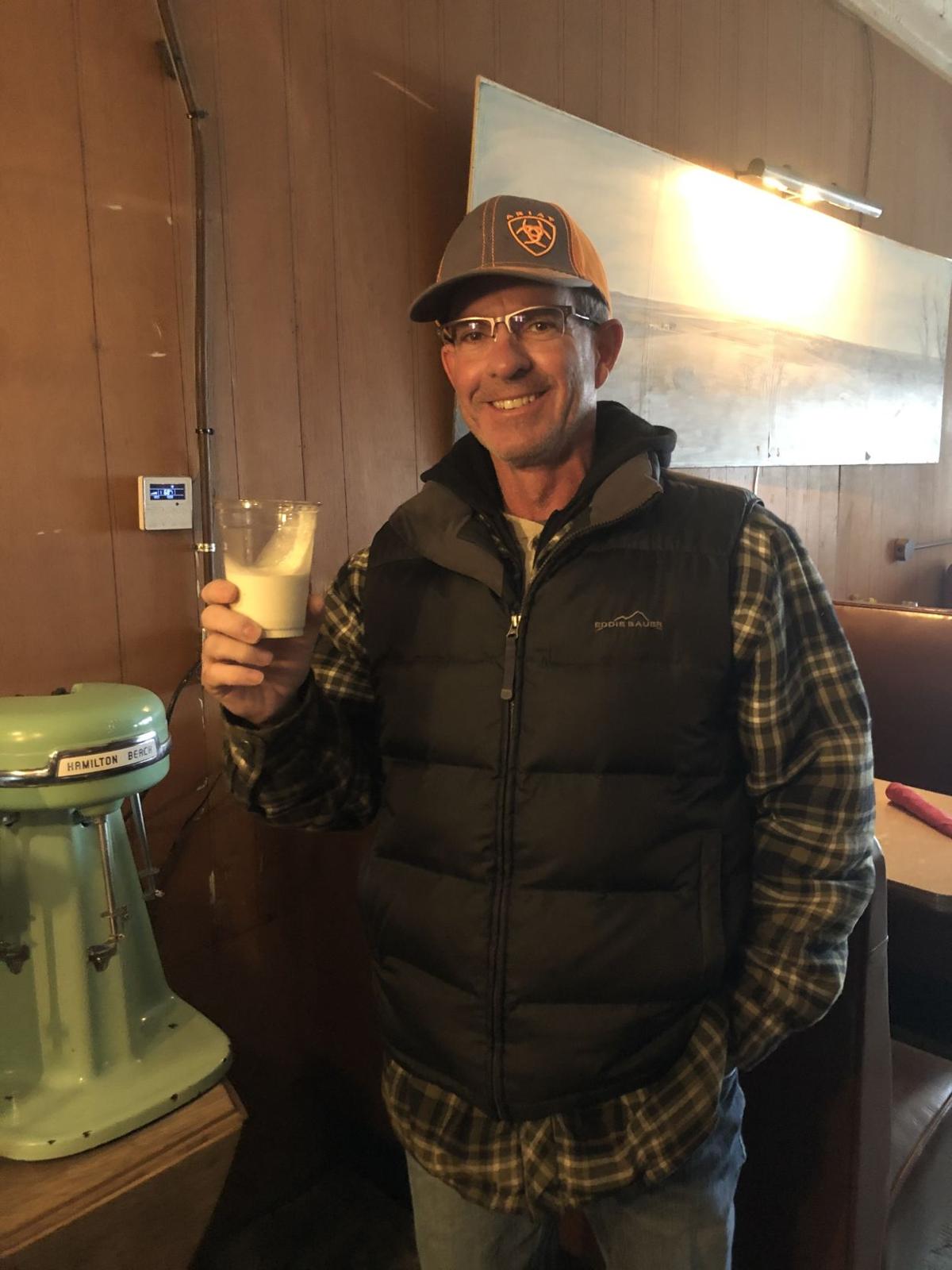 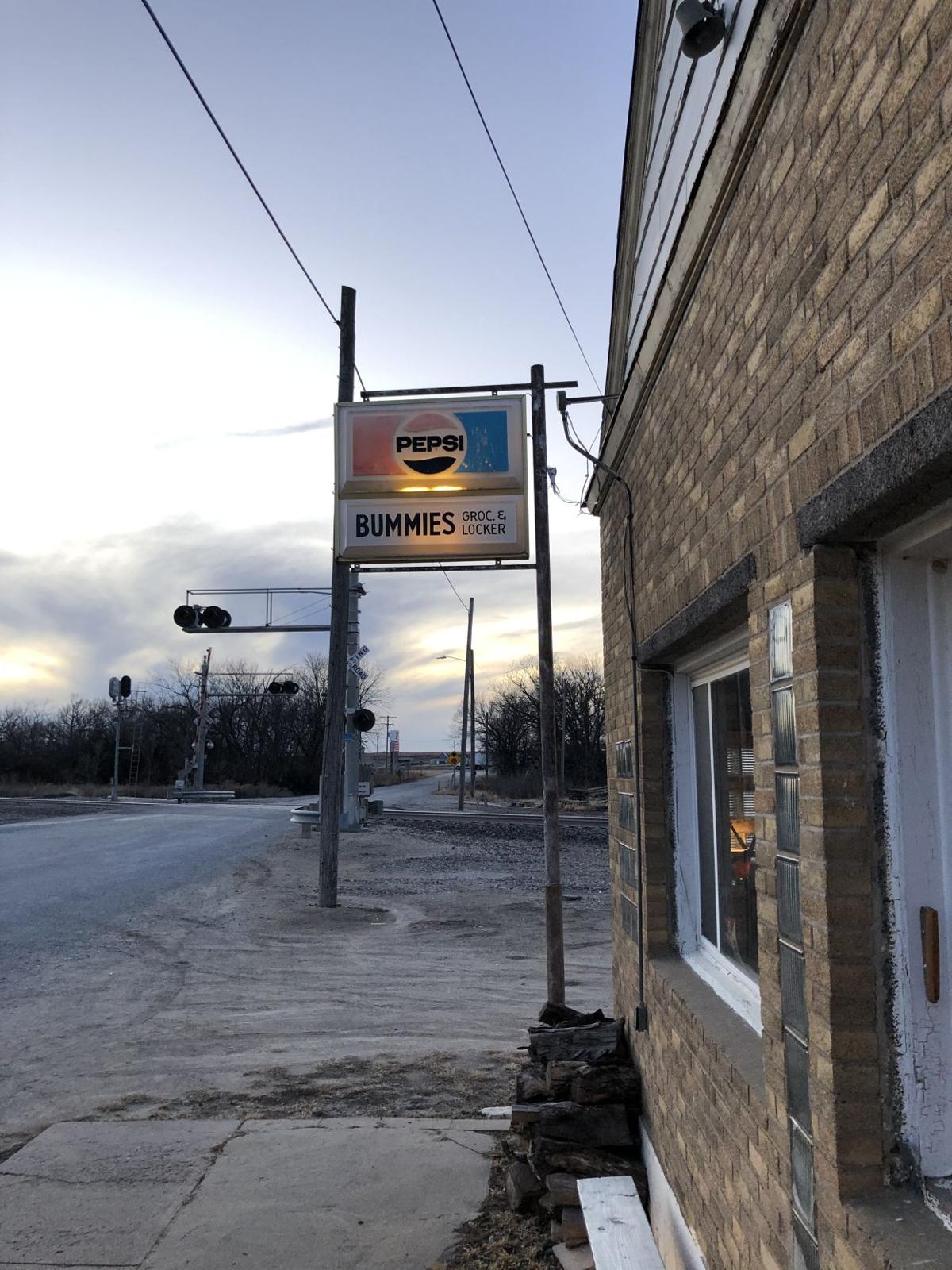 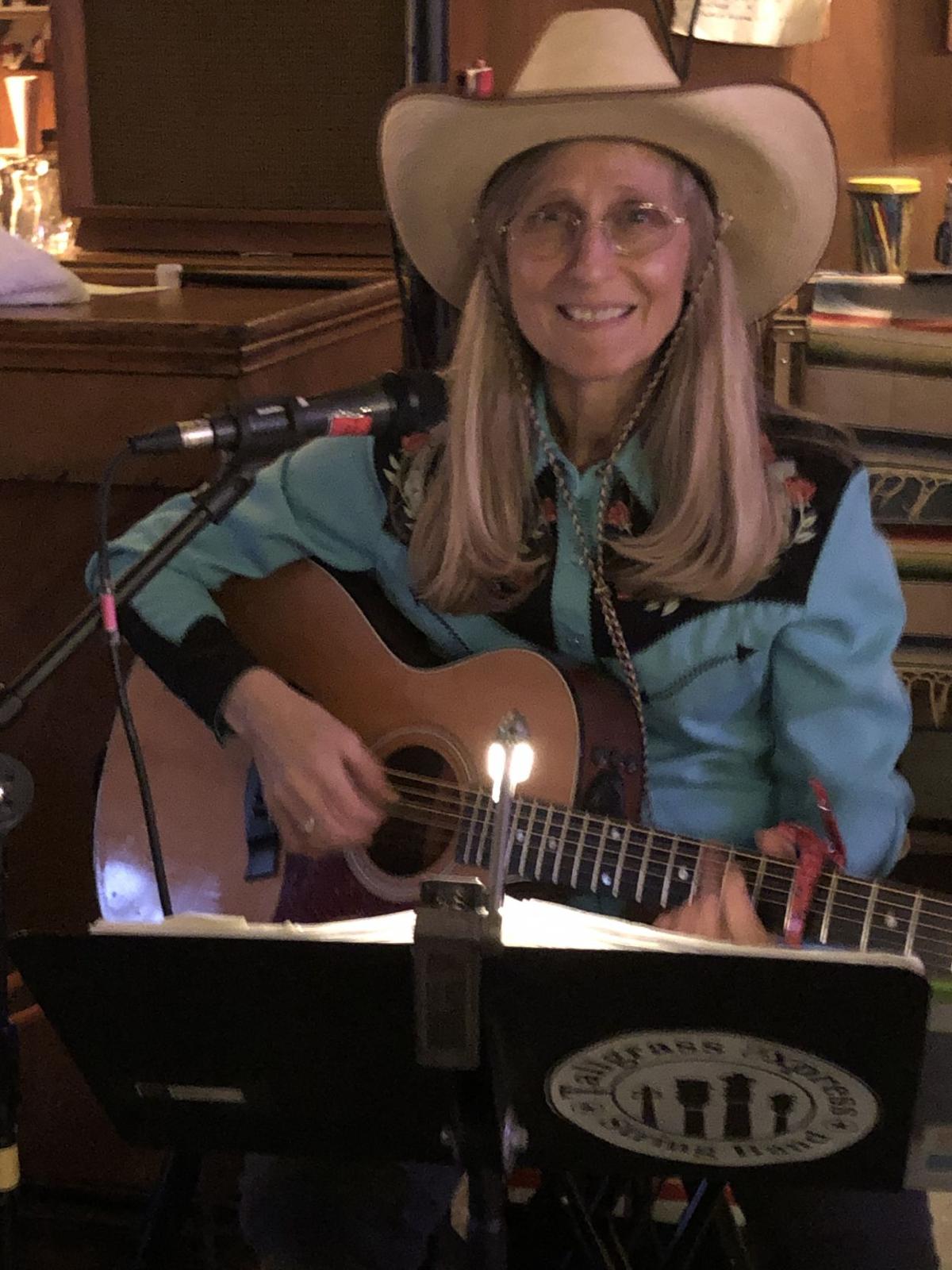 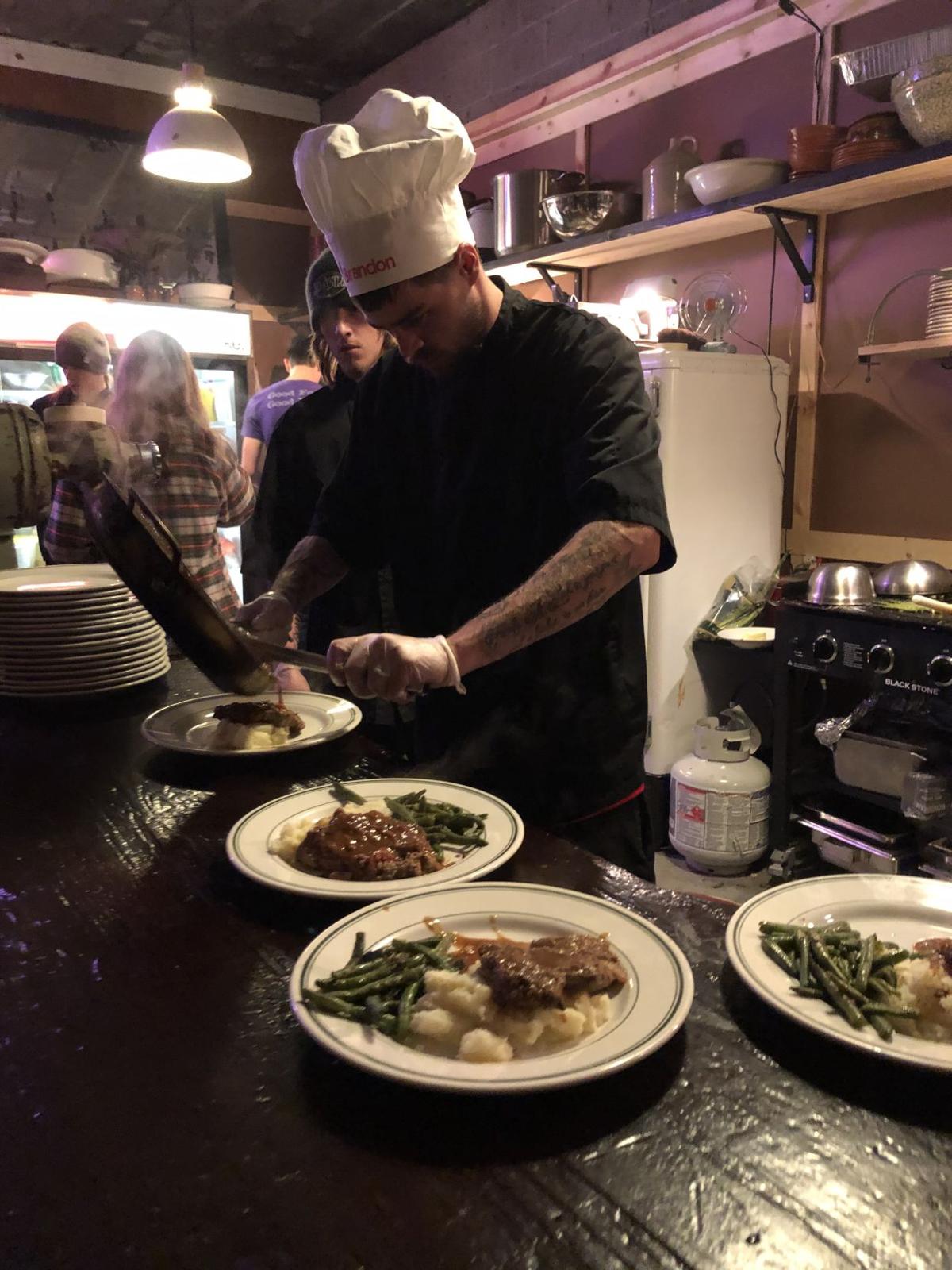 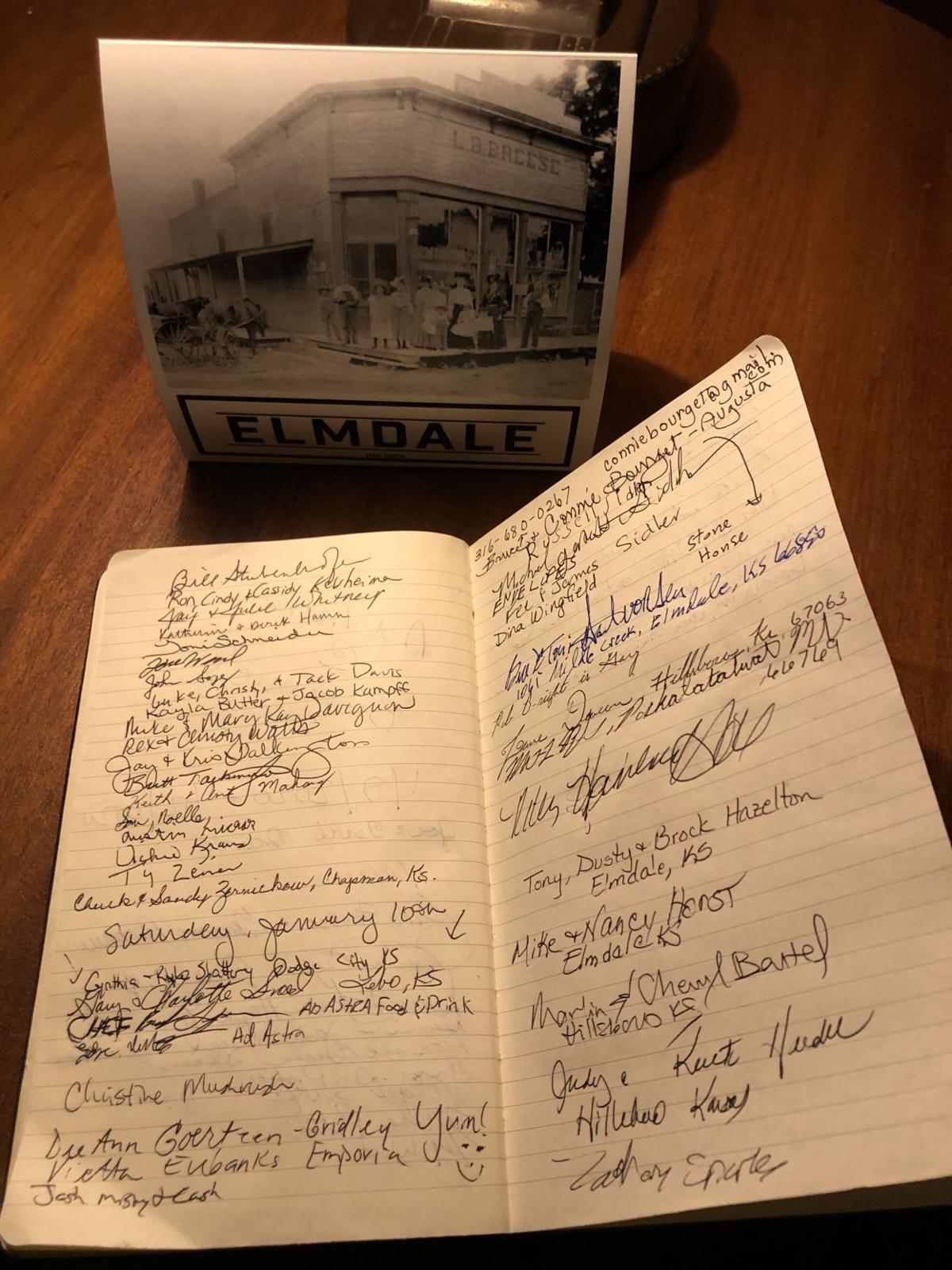 A guestbook sits open in front of a photograph of the original Bummie’s Grocery store. 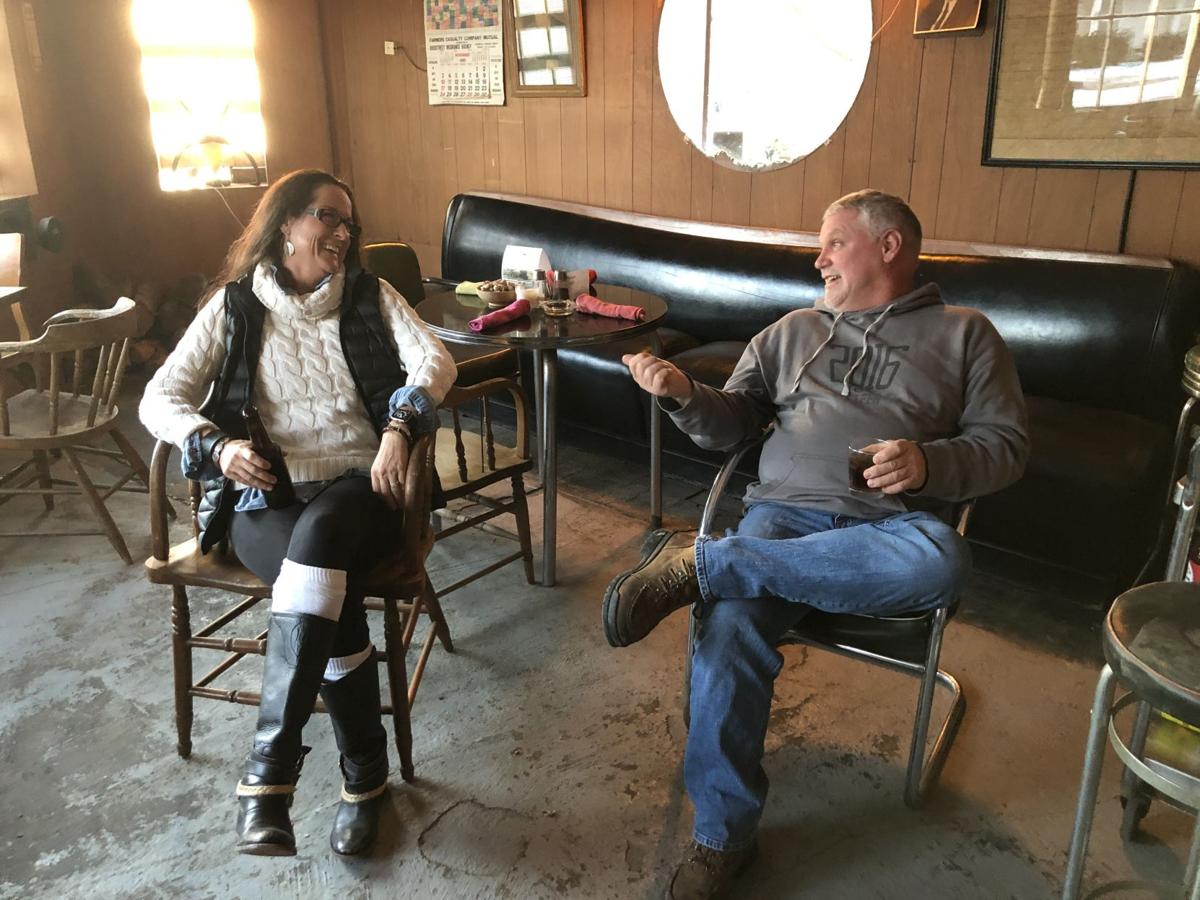 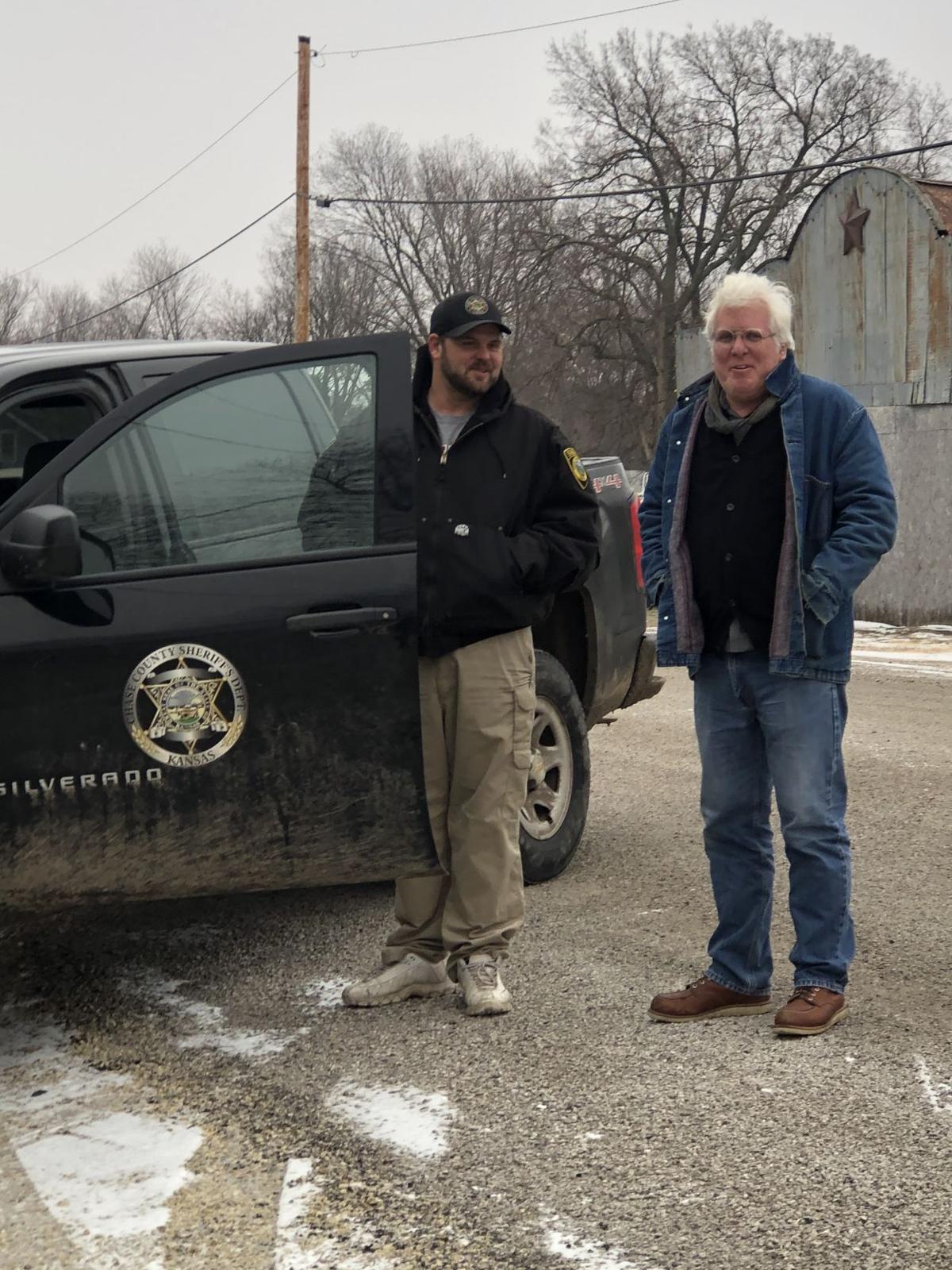 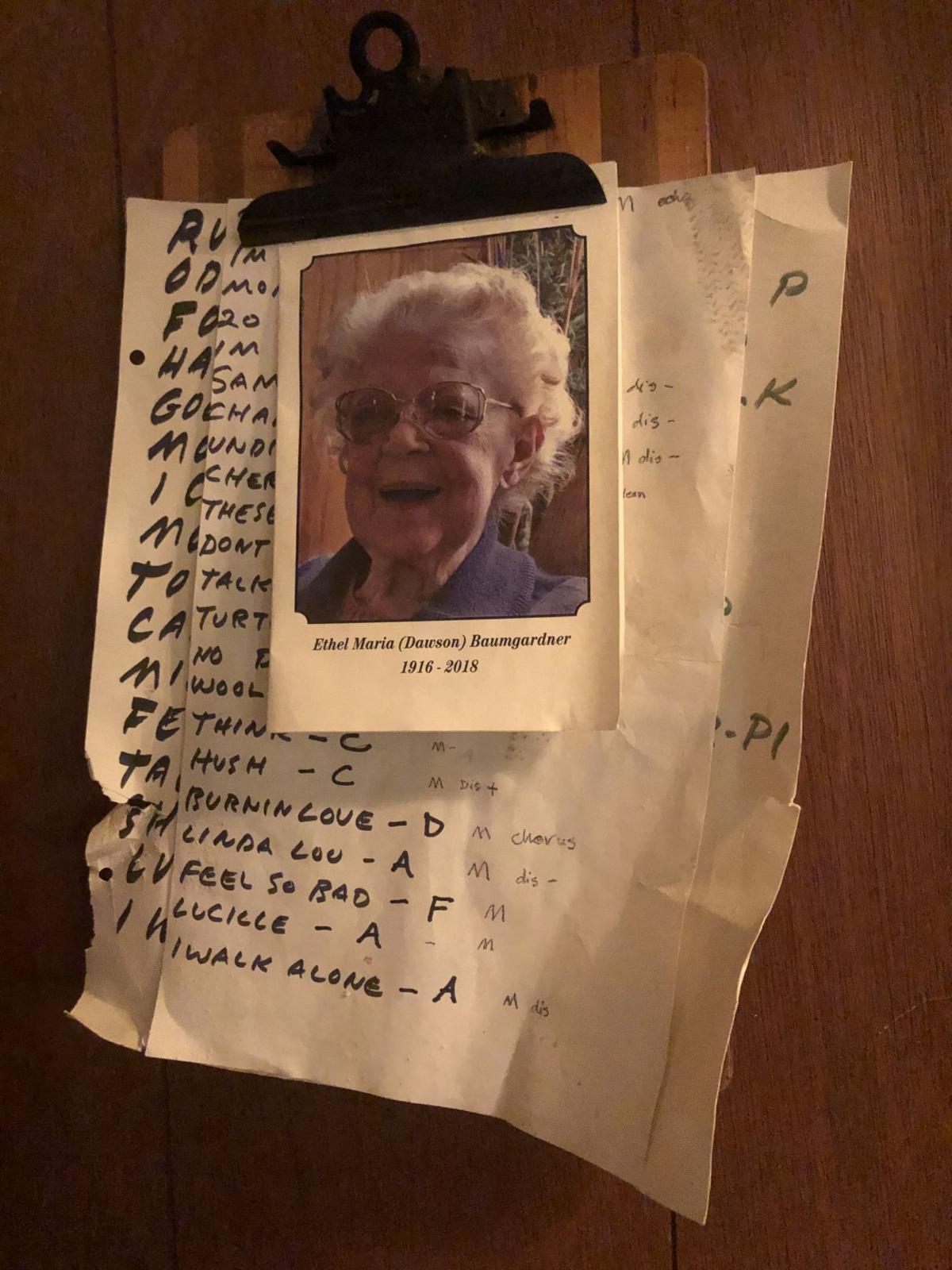 A photo of Maria Baumgardner on the wall at Bummie’s. 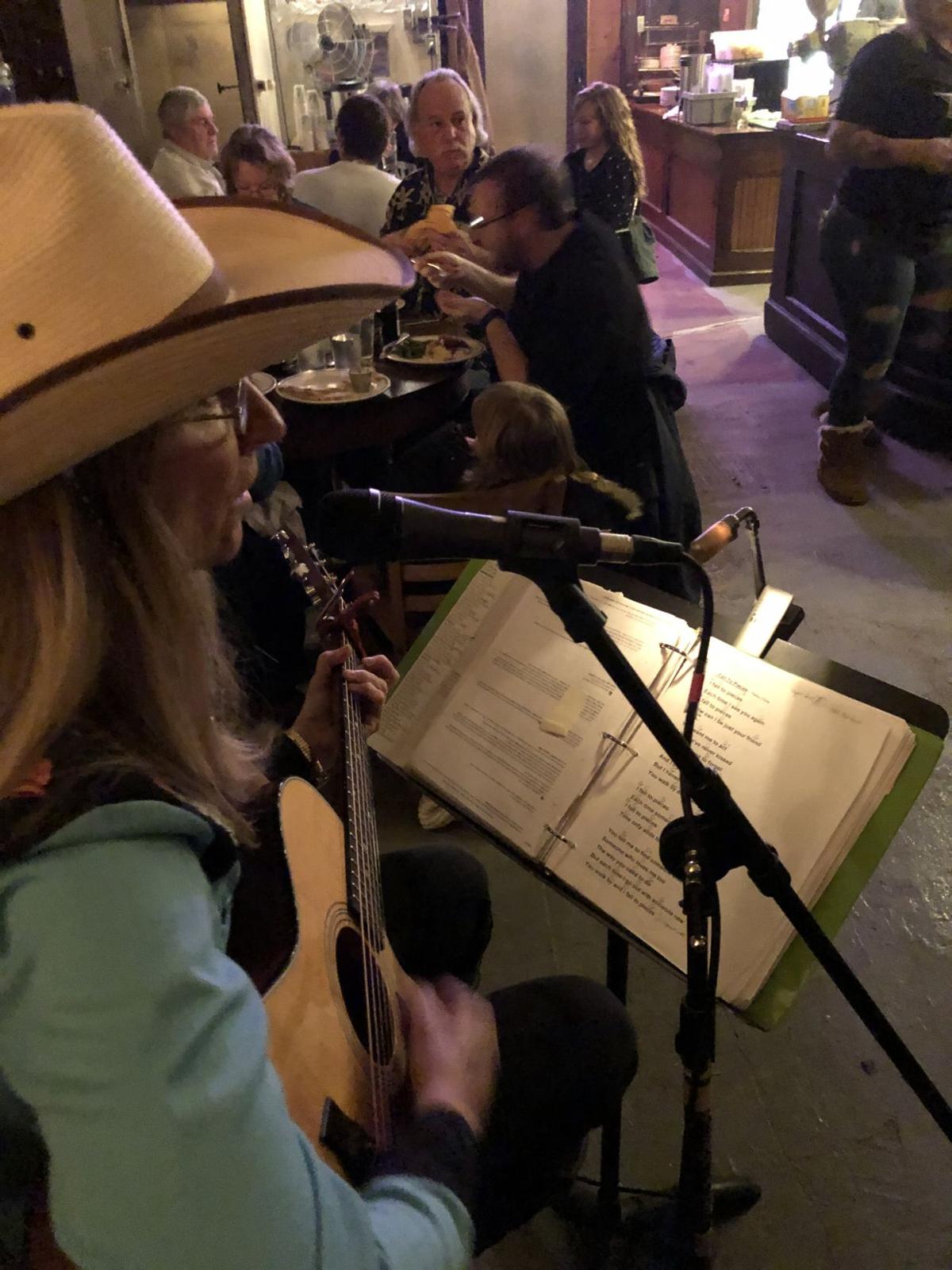 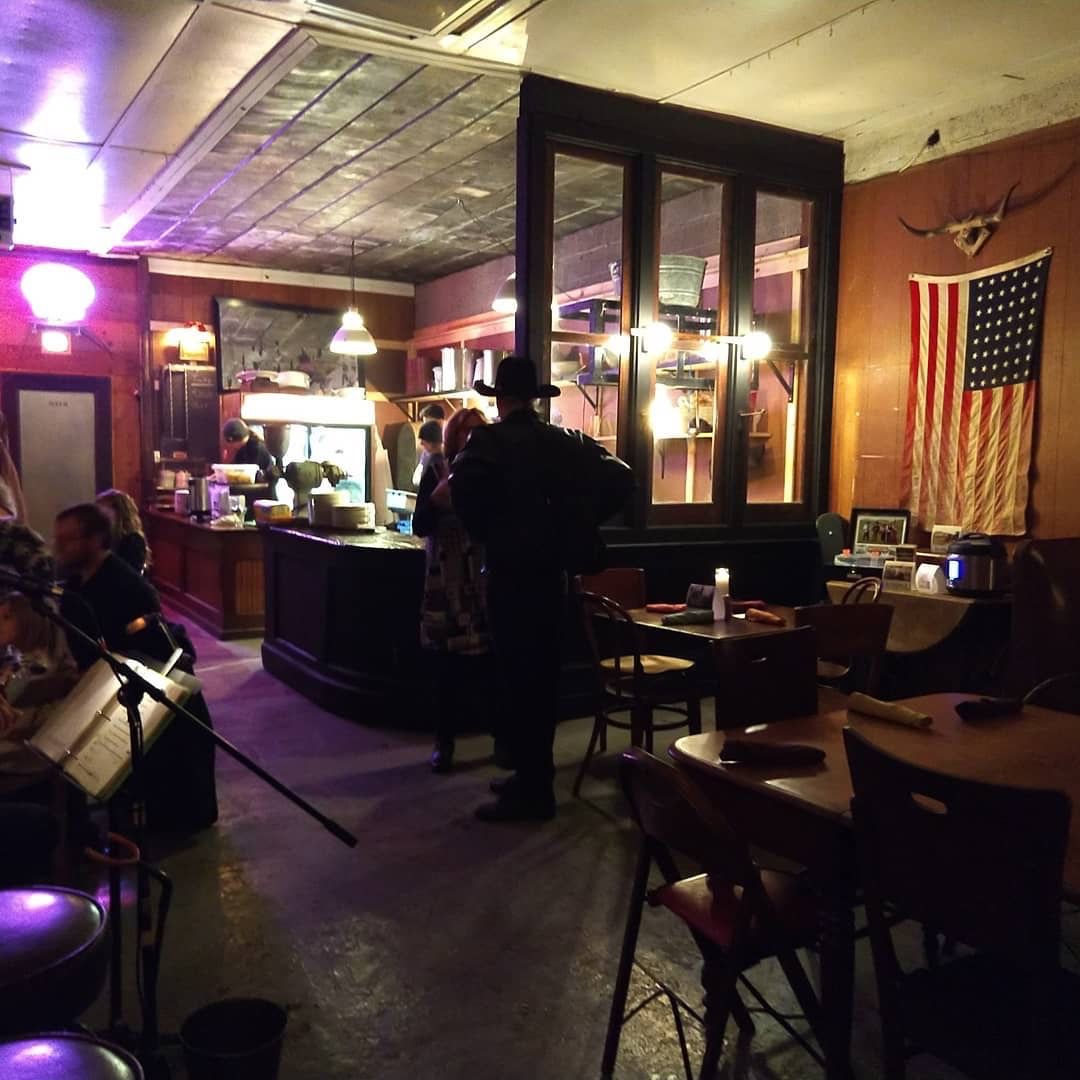 The Baumgardner family enjoyed a reunion Saturday at Bummie’s.

Connie Baumgardner and John O’Brien pose for a picture at Bummie’s in Elmdale Saturday.

A guestbook sits open in front of a photograph of the original Bummie’s Grocery store.

A photo of Maria Baumgardner on the wall at Bummie’s.

A Chase County landmark came back to life during Ad Astra Food and Drink’s “Weekend at Bummie’s” pop-up restaurant experience.

Owned by Glenn “Bummie” and Maria Baumgardner — affectionately known as “Mrs. Bummie” — and located in Elmdale, Bummie’s Grocery was a true small town general store. It was fully stocked with groceries, produce, hardware and sporting goods, a meat locker, a sandwich deli and a full-service soda fountain. It had a coffee shop and was an all-around hang out from 1947 until it closed in Nov. 2013 — when Maria was well into her 90s.

Connie Baumgardner, who was married to the Baumgardners’ son Boyce until his death in 2018, said the store was even known to stop all kinds of traffic, just for some refreshments.

“The engineers would stop their trains right there on the tracks just to stop in and get one of Maria’s sandwiches,” Connie said. “Boyce said when he was a boy the school buses would stop at the store so the kids could get some pop or candy.”

The store was a hub of community gossip, she said, where you could get your supply of Bummie’s famous homemade sausage and find out what was happening with your neighbors at the same time. A blackboard outside the store kept the community informed of weekly specials — including fresh chickens.

“Maria hated frozen chicken,” Connie said with a laugh. “She did not like purple bones. And, of course, they made their own fresh breakfast sausage, and they were famous for that. It always sold out right away.”

The building, now owned by John O’Brien, has been undergoing a restoration process, and Ad Astra Owners Gwen Obermeyer and Pat and Kris Larkin had been seeking a space to use as a pop-up location while the Strong City restaurant’s new flooring was installed.

Obermeyer said the group had discussed several options for the upcoming downtime, knowing that closing the restaurant for a week was not the most viable option.

“We have a hard time shutting down for the weekend because we are a weekend business — only open Thursday — Sunday,” Obermeyer said. “Avoiding closing down is our goal because it not only closes our business, but we don’t want it to negatively impact our staff, including our hourly staff who get paid to be almost full-time in the restaurant.”

So, they reached out to O’Brien.

“We love what Bummie’s means for the community,” Obermeyer said. “Historically, what the Baumgardner family is to the community and all of the people who loved going into Bummie’s Grocery — we wanted to revive some of that. So, we talked to John and asked if we could hold an event there and it grew into, ‘Would it be OK if we had the restaurant open there all weekend while we put our new floor in at the restaurant?’”

From there, the concept turned into a unique tribute to the Baumgardner family, complete with nods to Maria herself in the menu.

“We prepared a recipe of Maria’s,” Obermeyer said. “Her Swiss steak with mashed potatoes and green beans was a favorite, and I’m making her Coke cake, which the community always talks about. It’s fun to honor a family like this.”

On Saturday, descendants of Bummie and Maria were guests for a special dinner in Elmdale while local songwriter Annie Wilson performed.

Connie said it was a heartwarming experience, although weather kept some of the family located in the Kansas City-area away. With the familiar aroma of Maria’s cooking wafting throughout the store, she said it was a nostalgia-filled evening.

“We sat and talked about that, and Maria’s Coke cake recipe was used,” she said. “Gwen had this wonderful idea to bring pictures for John to hang in the store, so I had copies made and Gwen framed them. Saturday’s menu was a menu that was often part of our Sunday dinners. Maria liked to cook, and she was, in the earlier years, really famous for her fried chicken and another one she called ‘baked steak,’ which was really more of a mushroom soup over chicken fried steak. She had a way of sticking stuff in the oven for a long time until it was super tender.”

Sunday’s menu included another nod to the Baumgardners, with malts and milkshakes made using the machine used at Bummie’s for years. That’s something Bummie himself liked to make. Strawberry, vanilla and chocolate malts were always available at the store.

“Our son, Brett, has had the machine all these years because he just loved ice cream, but especially Bummie and Maria’s malts,” Connie said.

The pop-up experience was special for others who knew the Baumgardners, too.

Cedar Point resident Toni Schneider enjoyed a dinner full of memories at the store Thursday evening. Schneider said she spent a lot of time traveling through Elmdale, which required stops at Bummie’s along the way.

“It was definitely kind of like a step back in time, because I had stopped by there many, many times when it was Bummie’s Grocery,” Schneider said. “I’ve lived in Chase County since 1991 and my kids went to school in Cottonwood, so I drove through Elmdale many, many times on my way. Often I would stop and talk to Maria, and in the later years when she was still running the store by herself. It was kind of neat to kind of step back in time and remember what a neat lady she was and what a great example of a hard worker she was. She kept that grocery store open for a long time.”

Connie praised O’Brien’s work at restoring the Bummie’s building. Although her in-laws and husband are no longer around to see the storefront come back to life, she believed they would be happy with the end results.

“He’s created a really nice venue for people to come and gather and remember Bummie and Maria,” Connie said. “Our family is very, very pleased. I think Bummie, Maria and Boyce would be so happy to see what has been done here at the store. I think they really would have loved that.”

And with so many braving the weekend weather to see the space and swap stories, it’s easy to see why.

Obermeyer said the success of Ad Astra’s pop-up event speaks to the supportive and collaborative nature of the community. She said she encourages everyone to visit all of Chase County’s restaurants, since they all have something different to offer, while they all celebrate different aspects of the community.

“That’s what this is all about,” she said. “It’s all about celebrating the local culture.”

"It was definitely kind of like a step back in time, because I had stopped by there many, many times when it was Bummie's Grocery."