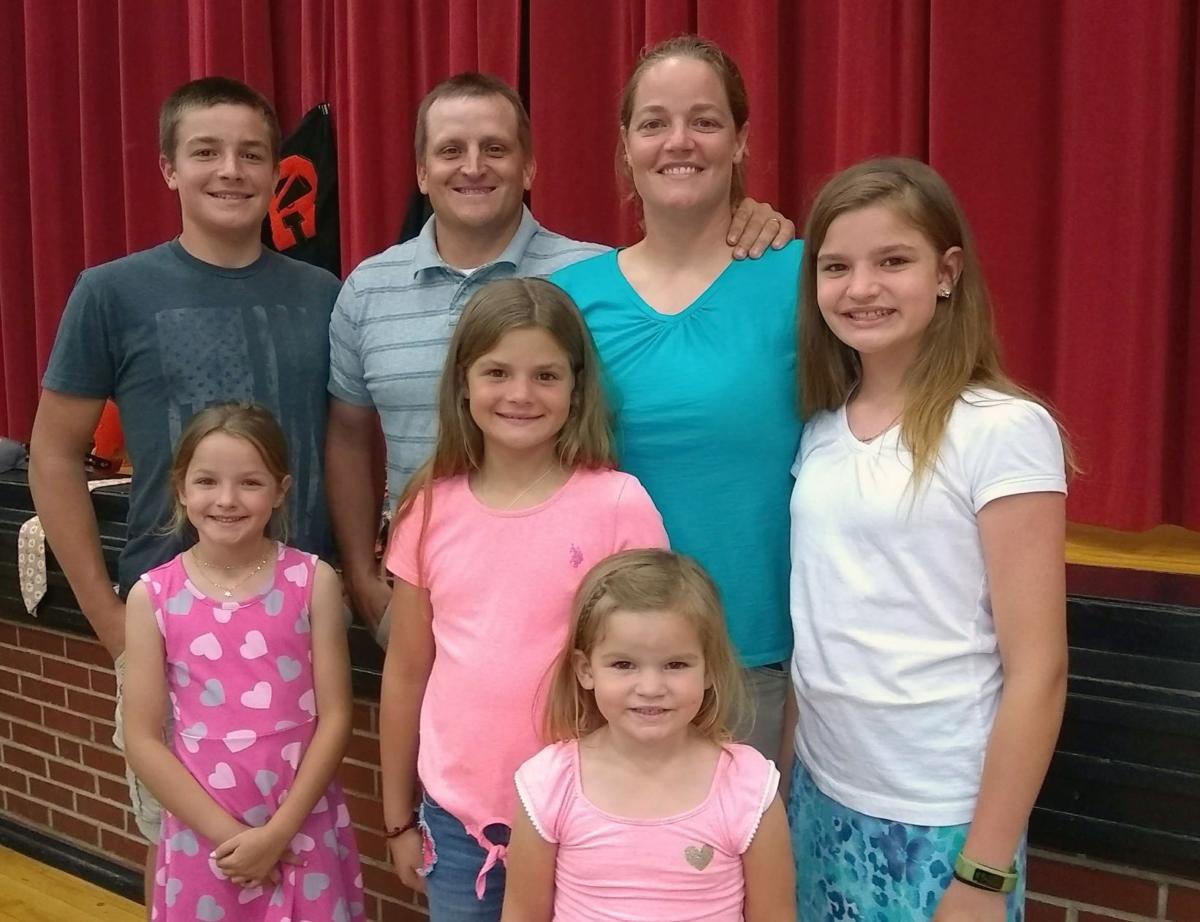 Lucas and Kate Boss (back middle) are the new owners of the former Reading Elementary School building and are installing a hoops academy for youth from first grade through high school in the gymnasium as well as bringing a number of other options for uses of the facilities. 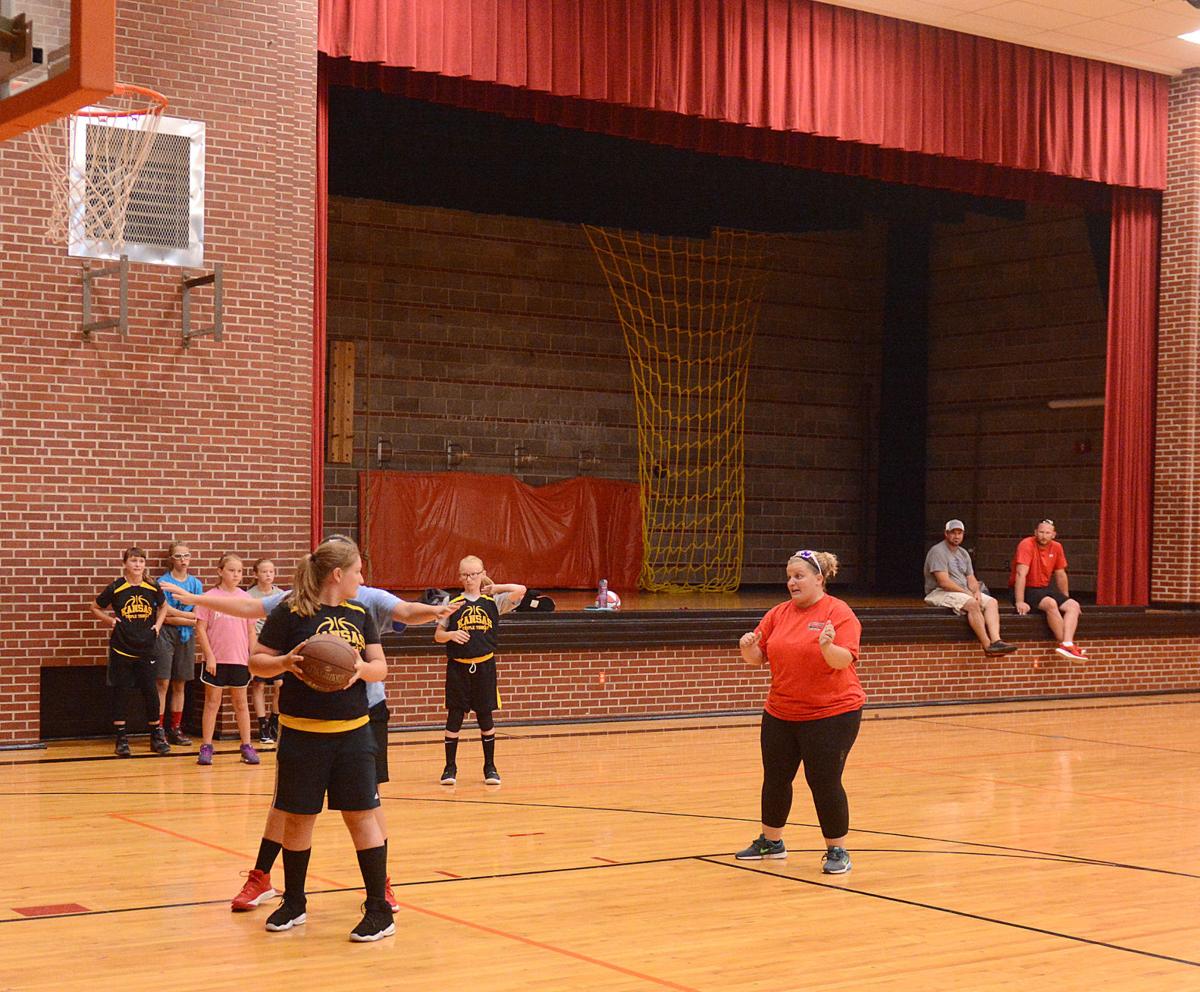 A group of student-athletes involved with the Kansas Triple Threat youth league practice earlier this week at the Performance Sports hoops academy at the former Reading Elementary School. 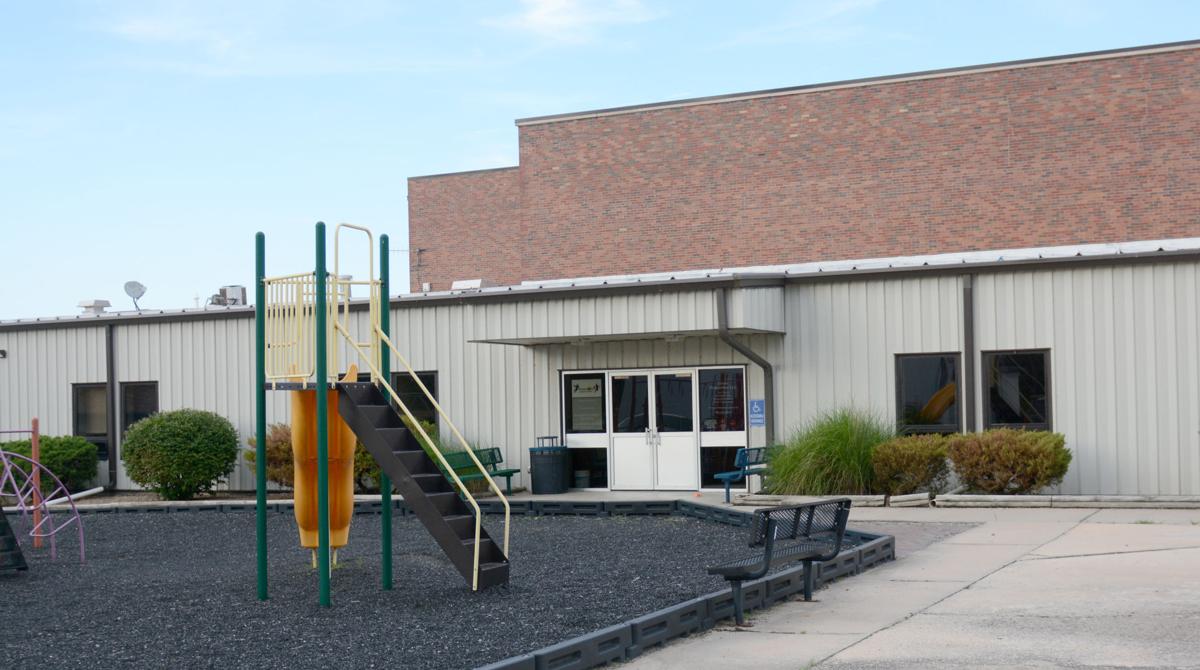 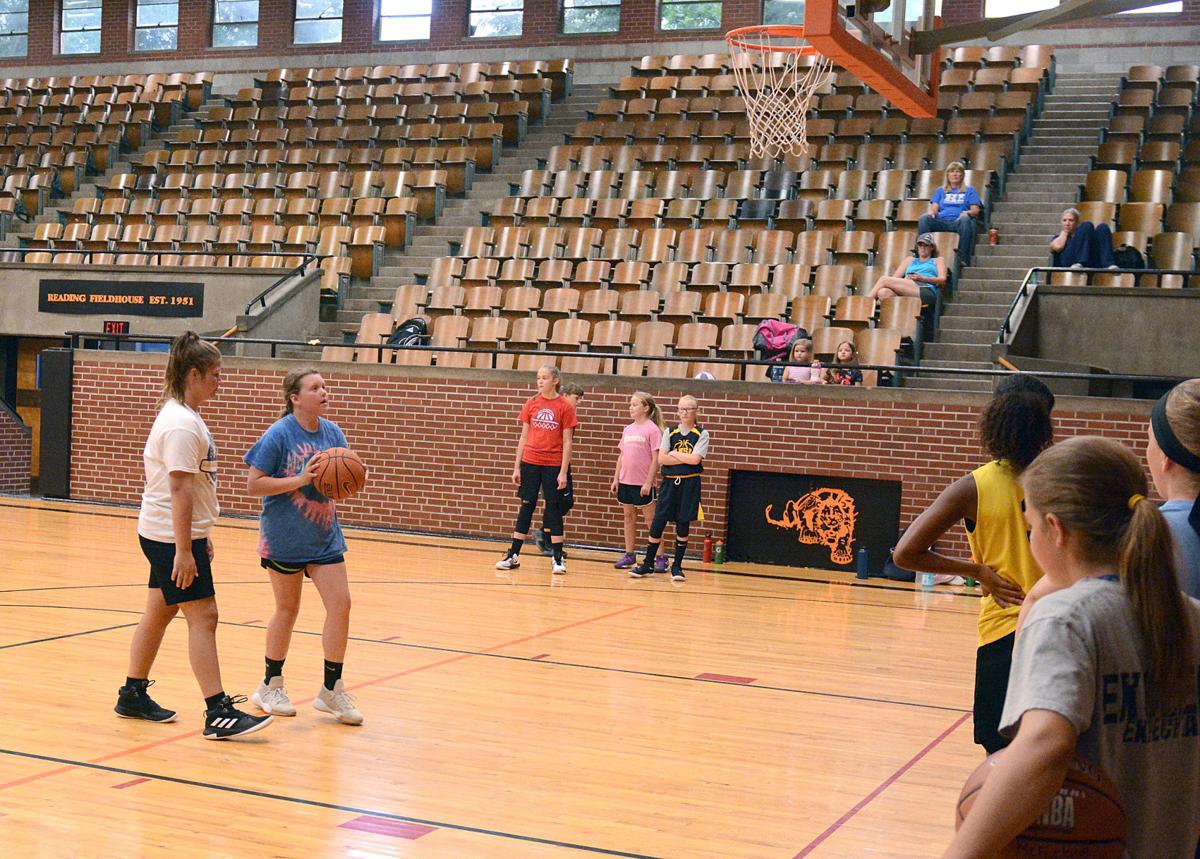 Lucas and Kate Boss (back middle) are the new owners of the former Reading Elementary School building and are installing a hoops academy for youth from first grade through high school in the gymnasium as well as bringing a number of other options for uses of the facilities.

A group of student-athletes involved with the Kansas Triple Threat youth league practice earlier this week at the Performance Sports hoops academy at the former Reading Elementary School.

READING — For Lucas Boss, it didn’t take much extra thought.

When he found out the former Reading Elementary School building was going to be put up for bid, he wanted to be involved. He had been inside the venue before, for youth basketball tournaments and clinics, and had an idea for its potential.

He knew he wanted to help keep that part of the community active.

Boss and his wife, Kate, both teach and coach at nearby Osage City and believed that facility could provide them with a dream.

So far, though its still in the early stages, it has done just that.

“It got me excited,” Kate said. “I’m a teacher and a coach, so I’m always involved with the youth. Basketball is a passion, kids are a passion for me, so just to be able to find more ways to impact them and spend time with them is a good deal.”

The Boss’ purchase of the building came with a primary directive of opening a youth basketball academy, which will also branch off and include volleyball and maybe other sports as the opportunities arise.

Performance Sports currently is aiding several summer teams and will look to work with student athletes varying from first grade through the varsity high school level as the fall approaches. The pair of coaches hope more will join the ranks as word gets out.

“Travel teams, youth teams, I don’t care,” Lucas said. “I know people (can) struggle to find gyms. The gym space is ever a need. Definitely, the draw to have a gym to host was the number one thing, absolutely.”

The couple both competed with Osage City High School in multiple sports before branching off to college. Lucas played football at Emporia State while Kate was part of the 2000 National Championship women’s basketball team at Johnson County Community College.

The two have returned home, teaching by day, coaching by night and farming as much as the rest of their time allows.

Oh, and they also have five children, the eldest of which is just beginning high school. That also helped factor into the decision, seeing this as an opportunity to help create a much more affordable option for area teams to practice or host tournaments.

It won’t negatively affect their ability to transport their kids to activities, however, as facilitating several of the tournaments will also help cut back on an otherwise long list of journeys to the likes of Topeka, Lawrence and Kansas City.

“When you’re the one running a lot of what they do, you’re dictating the schedule,” Lucas said. “We’re (frequently) driving to somebody else’s. Why not host it? Let some of the local people, maybe the Reading 4H, run concessions, help them out, little things like that.”

He added the feedback from community members has all been extremely positive. Many are simply appreciative to see a productive merger with the building rather than allowing it to fall into an overgrown eyesore in need of repair. The building was Reading’s high school until 1981 and remained the elementary school until it was closed just a year ago.

And for now, its gymnasium will serve as a heartbeat, keeping a pulse of youth and energy coursing through the building and community, though Lucas said the north half of the structure, largely made up of classrooms, still has questions involving its use.

The gym itself holds more than just a floor, with a full stage along the north wall and arena seating for about 800 on the south side.

Directly outside the gymnasium is the kitchen area, with a full playground also right out the external doors. The hopes are that the facility could also easily be sought for reunions, banquets and other parties, with plenty of room for adults and children alike to roam.

The north side of the building, which largely contains classroom spaces, is currently still a question mark. The Bosses hope it could draw interest as remote commercial or educational office space, but at this stage, Lucas thinks it might become utilized more frequently for storage purposes.

“I’d rather not go that route, because once you go storage units, you kind of dedicate to that,” he said. “I just don’t know. That’s 16,000 square feet of space. I’m completely open to ideas and thoughts on that space.”

The building’s first event under the new ownership was the annual Reading Alumni Banquet in mid-June. Lucas confirmed to those in attendance he would happily allow that tradition to continue.

He said the feedback from alums at the banquet, as well as community members he has encountered, has all been supportive.

“I think that deep down, they all wanted to hear that somebody was going to take care of this place,” Lucas said. “I think that’s important. I’m an Osage City guy, but I understand tradition and small town.”

So, the pair will continue to work with the groups that arrive to grow and develop their skills in basketball and be ready for any other calls that come their way to help find opportunities to bring use to the building.

“For us, it’s the gym and the hoops academy and what that grows into,” Lucas said. “We’re excited about the value we think it (provides) for people.”

There are already four youth tournaments scheduled for November and December, with many more to be determined as things progress into the fall.

“Our kids are in it anyway, so why not be a part of it,” Lucas said. “Why not put a good product out there for all the area kids? We’ve got kids (participating) from Olpe to Waverly to Lyndon to (Council) Grove, to Chase County. We just tried to go and get a lot of the area kids and do what we can to improve and help them.

“Our ultimate goal is ... to be at a game every season in the winter when the kids are playing for their schools and have their parents talking about (how their) kid improved so much (during the) summer. I don’t care in the summer, if we go 20-0 or 1-19. Our whole goal is to help them improve, to go back to their schools and play more ... whatever their role is, we want to improve their role.”

— For more information on the Boss’ hoops academy or other possible opportunities to use the facility, please visit www.performance-sports.net.