Sign Up
Log In
Purchase a Subscription
You are the owner of this article.
Edit Article Add New Article
You have permission to edit this article.
Edit
Home
News
Sports
Obituaries
Area News
Print Edition
Magazines
Covid19
Classifieds
Subscribe
1 of 6 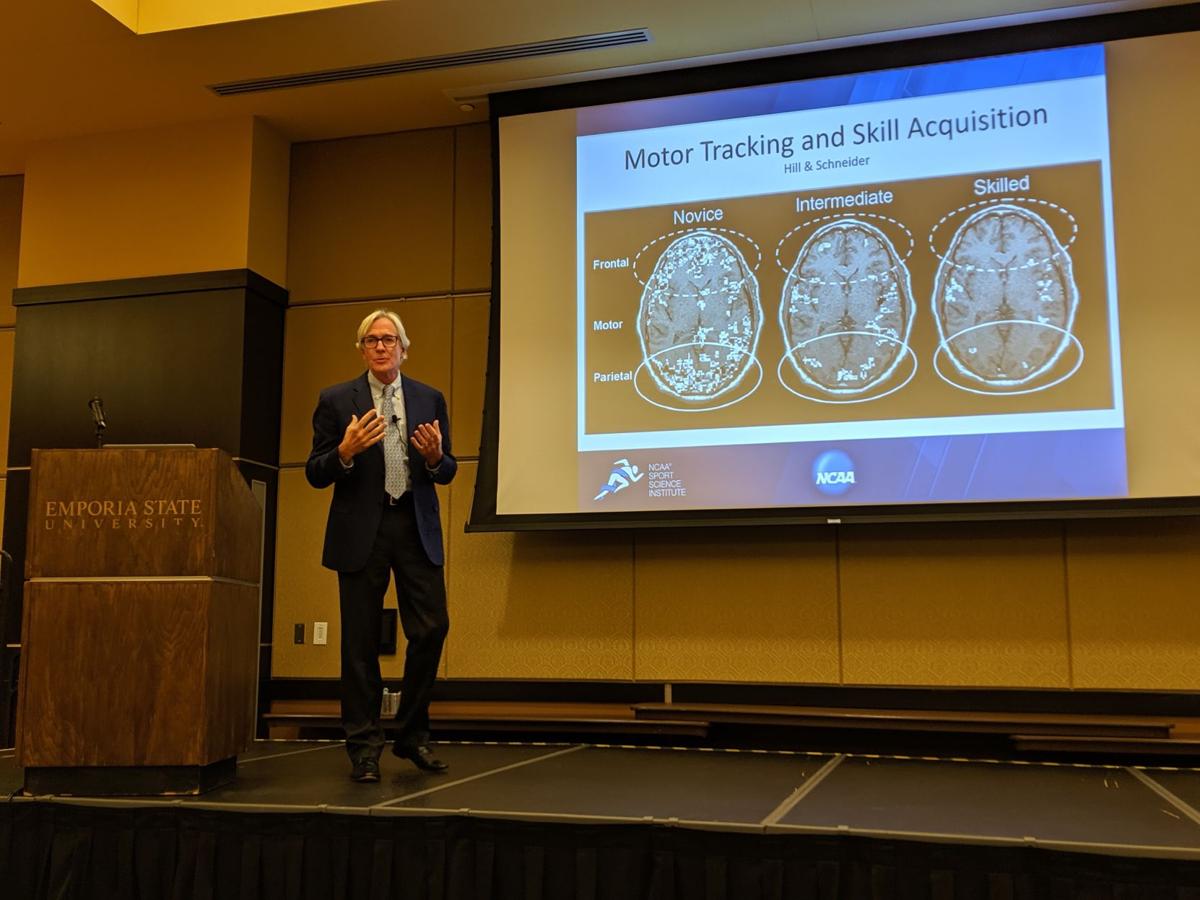 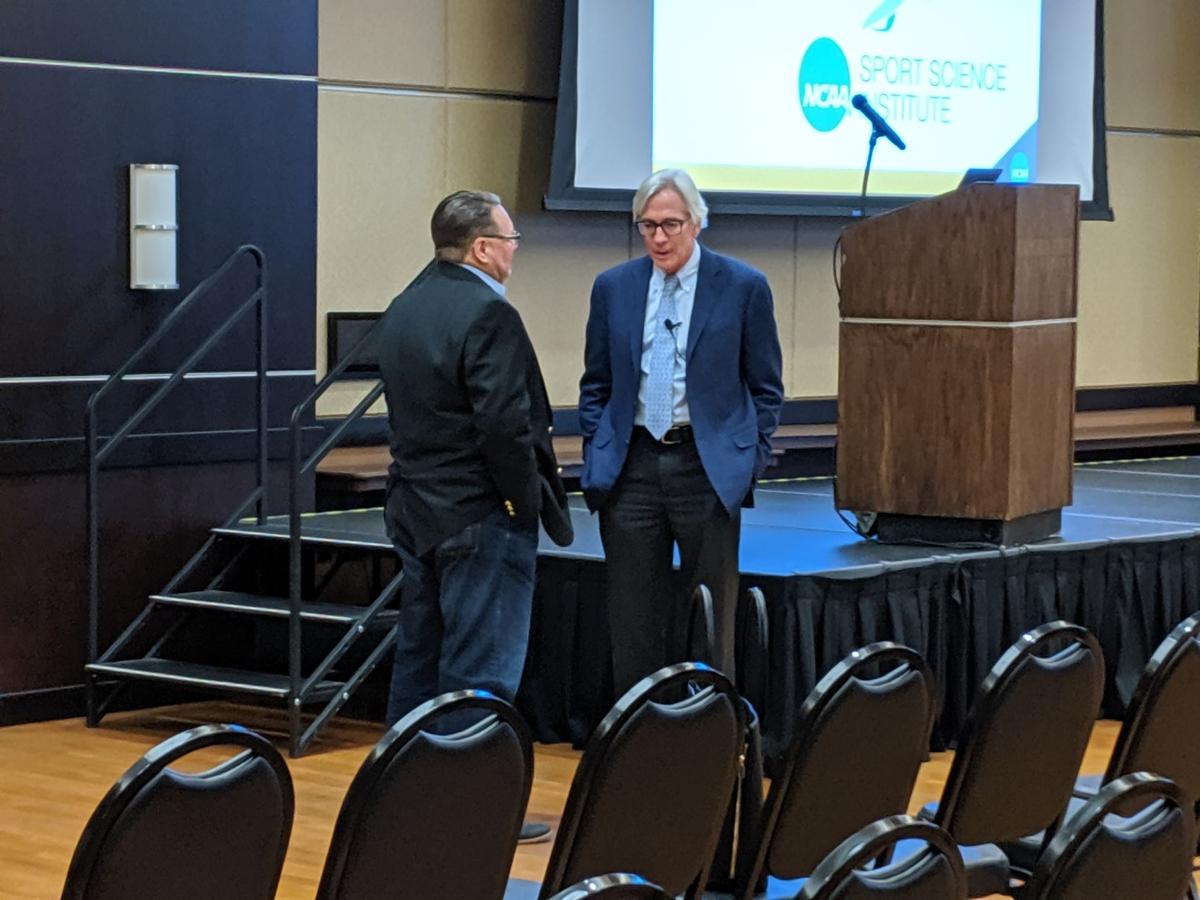 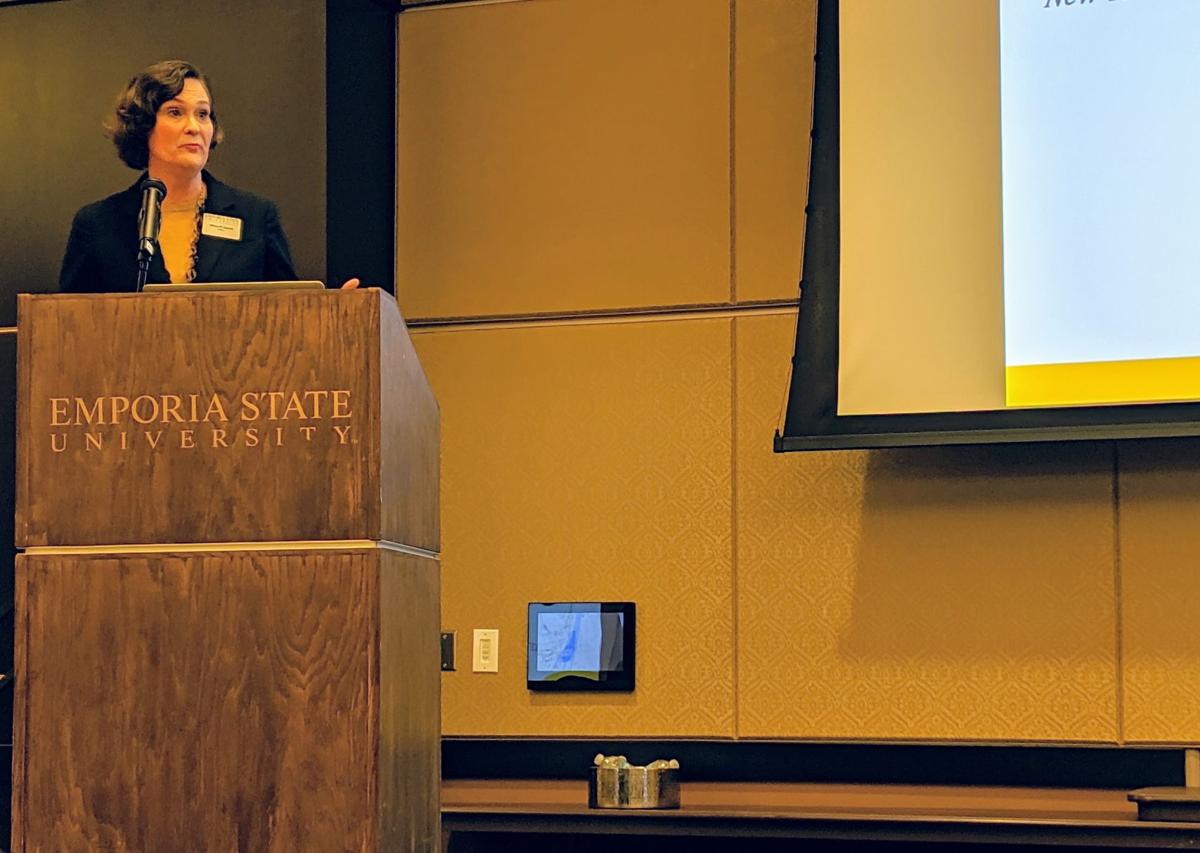 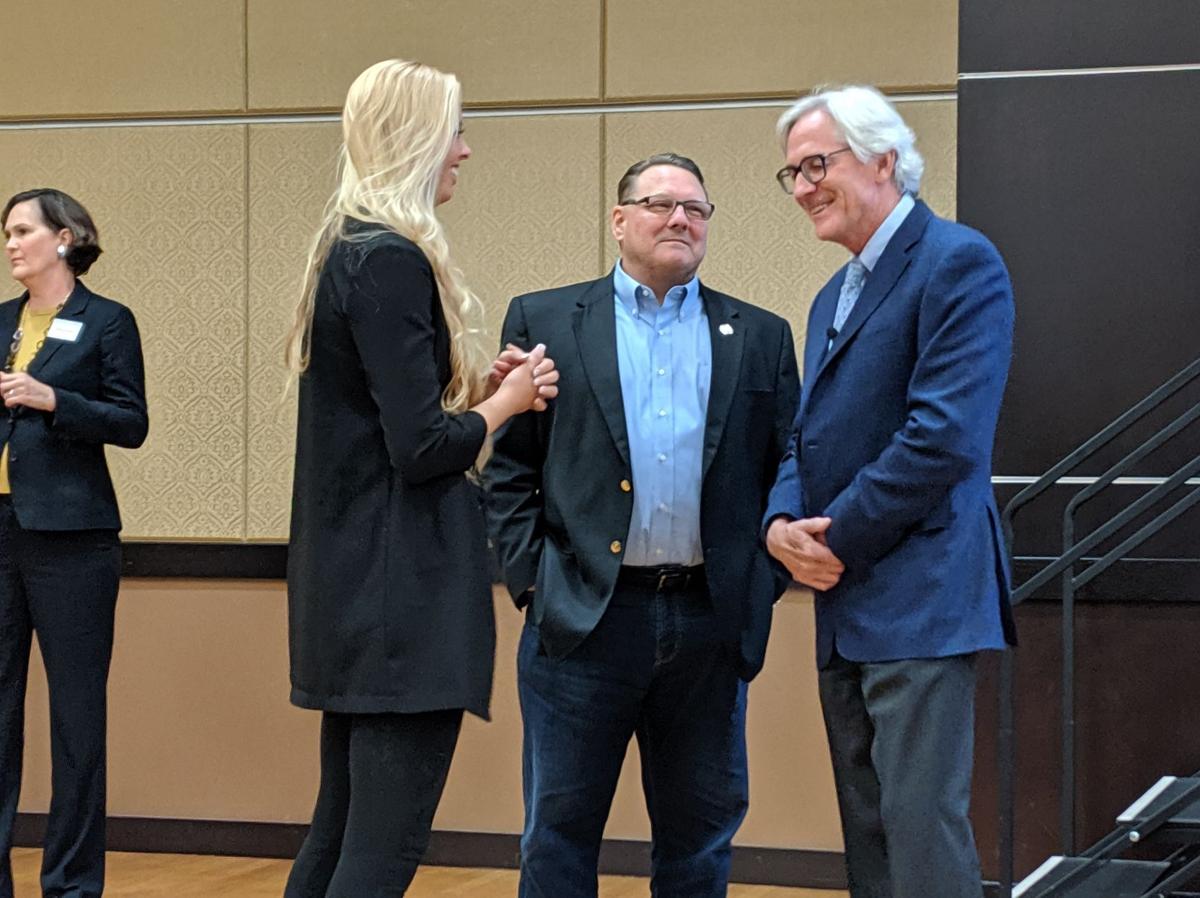 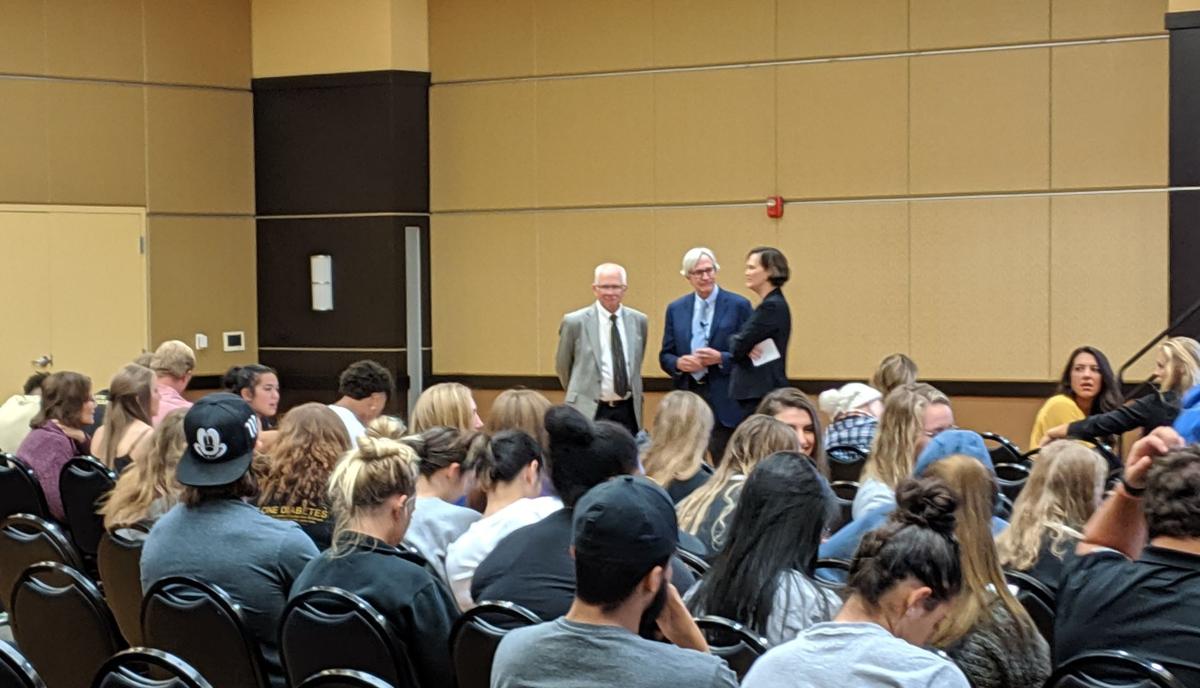 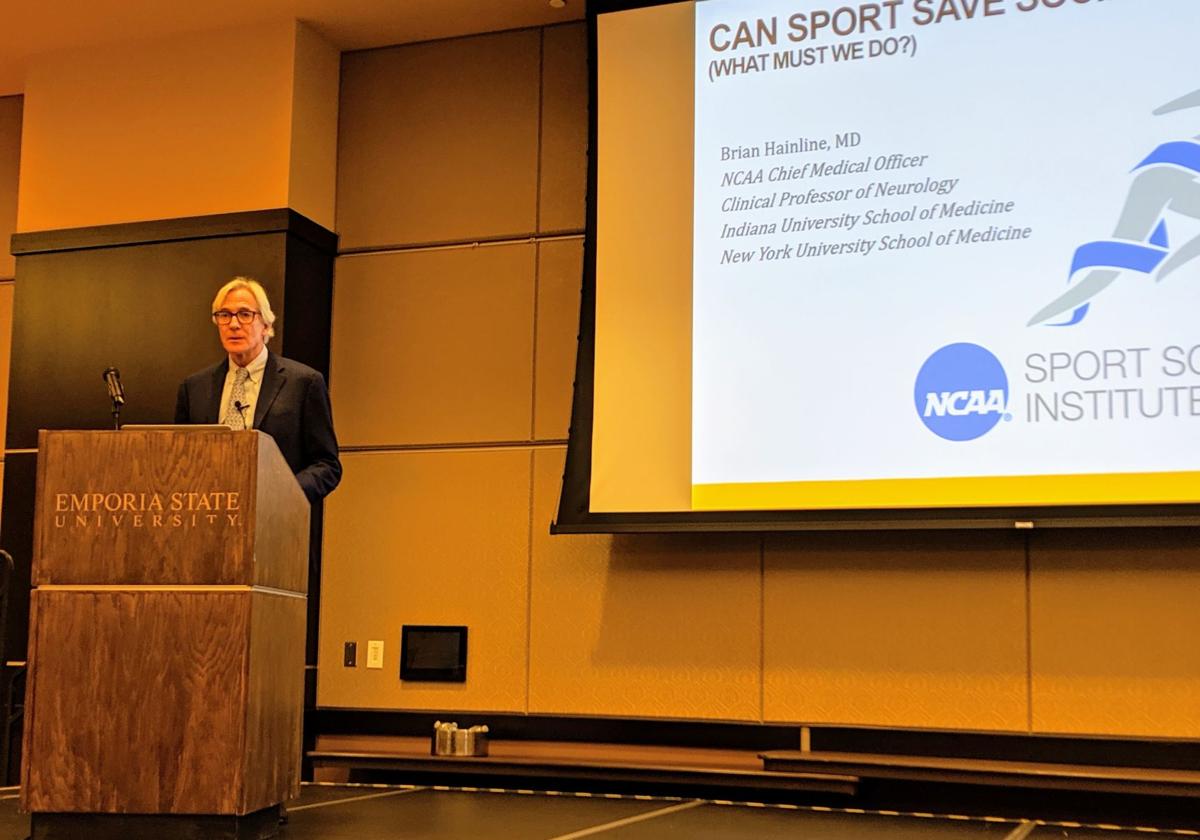 After beginning the day by hitting some balls with ESU Tennis Coach Les Stafford and sharing dinner with members of the university’s Student-Athlete Advisory Committee, Hainline concluded his visit by giving a public lecture at Webb Hall titled, “Can Sport Save Society?” The talk concerned the benefits of getting youth involved in sports, the importance of physical activity in our modern, technology-dependent culture and several ways the NCAA was looking to improve safety for all those involved in athletics.

Hainline began by citing several concerning statistics about the general health of America’s youth, stating the current generation was one of the first in history to have a projected life-expectancy lower than their parents.

“We have become so physically inactive that we’re forced to exercise and participate in sports to survive in a normal manner,” Hainline said. “Deaths due to lack of physical activity are only exceeded by hypertension, tobacco usage and high blood glucose. If you really look at the epidemic low fitness, it will be responsible for more deaths than the combination of obesity, high cholesterol and diabetes combined.”

Hainline pointed to the issue of early youth-specialization in sports as one of the main reasons children lose interest in being active, and said no child should be allowed — or forced — to focus their training on one specific physical activity at least until the age of 12. He said he hoped parents would begin to prioritize the aspects of fun, freedom and accomplishment that athletics naturally provide instead of focusing on only its more superficial aspects.

So far in his tenure with the NCAA, Hainline has partnered with the U.S. Department of Defense in forming the NCAA-DoD Grand Alliance, an organization which oversees the multimillion-dollar CARE Consortium study, which aims to understand the natural history of concussion and neurobiological recovery in concussion.

In concluding his presentation, he used American football as a prime example of what the country could start doing to encourage health both on and off the field of play. He encouraged audience members to begin seeing problems in specific sports and physical activities — such as risk of injury to youth or affordability — and working to fix them rather than leaving the particular activity as a relic of the past.

“This is a study that will last around 30 years,” Hainline said. “We’re taking a deep dive into the genetic aspect of concussions, and I think that in three or four years we’ll be able to determine genetically who is more likely or less likely to recover from brain trauma. Then, athletes will be able to make those decisions for themselves. We’re also going to understand brain imaging and we’re going to be able to make predictions of where someone is in terms of recovery. We’re going to have blood and saliva bio-markers that are going to tell us, ‘Yes, this person suffered a concussion’...

“American football is the metaphor for where sport can go right, and where it can go wrong. We must get sport right to save our society, because we as human beings need sport. We need to compete, that’s part of who we are. Children, by the way, love to compete. We don’t need to give everyone gold medals. Sports should be equal-access.”

"We must get sport right to save our society, because we as human beings need sport. We need to compete, that’s part of who we are."