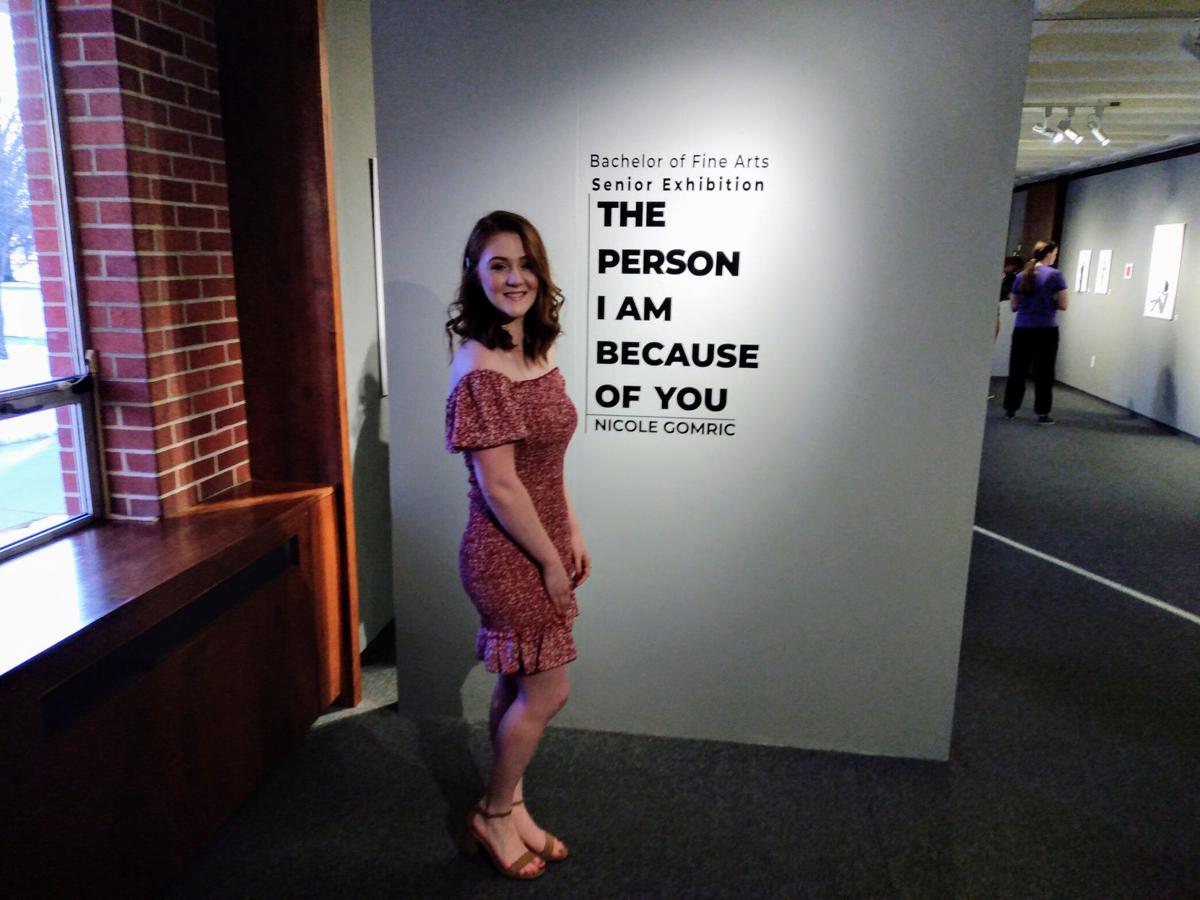 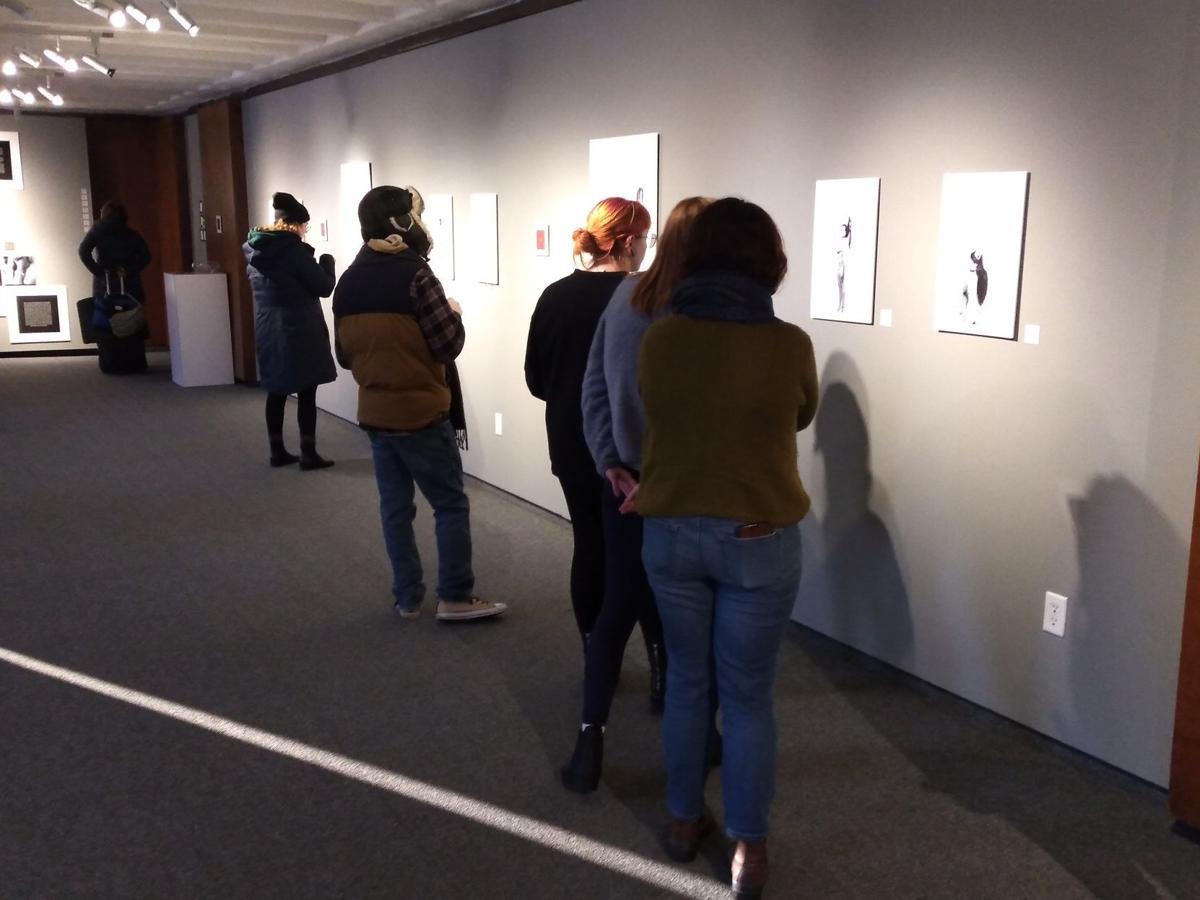 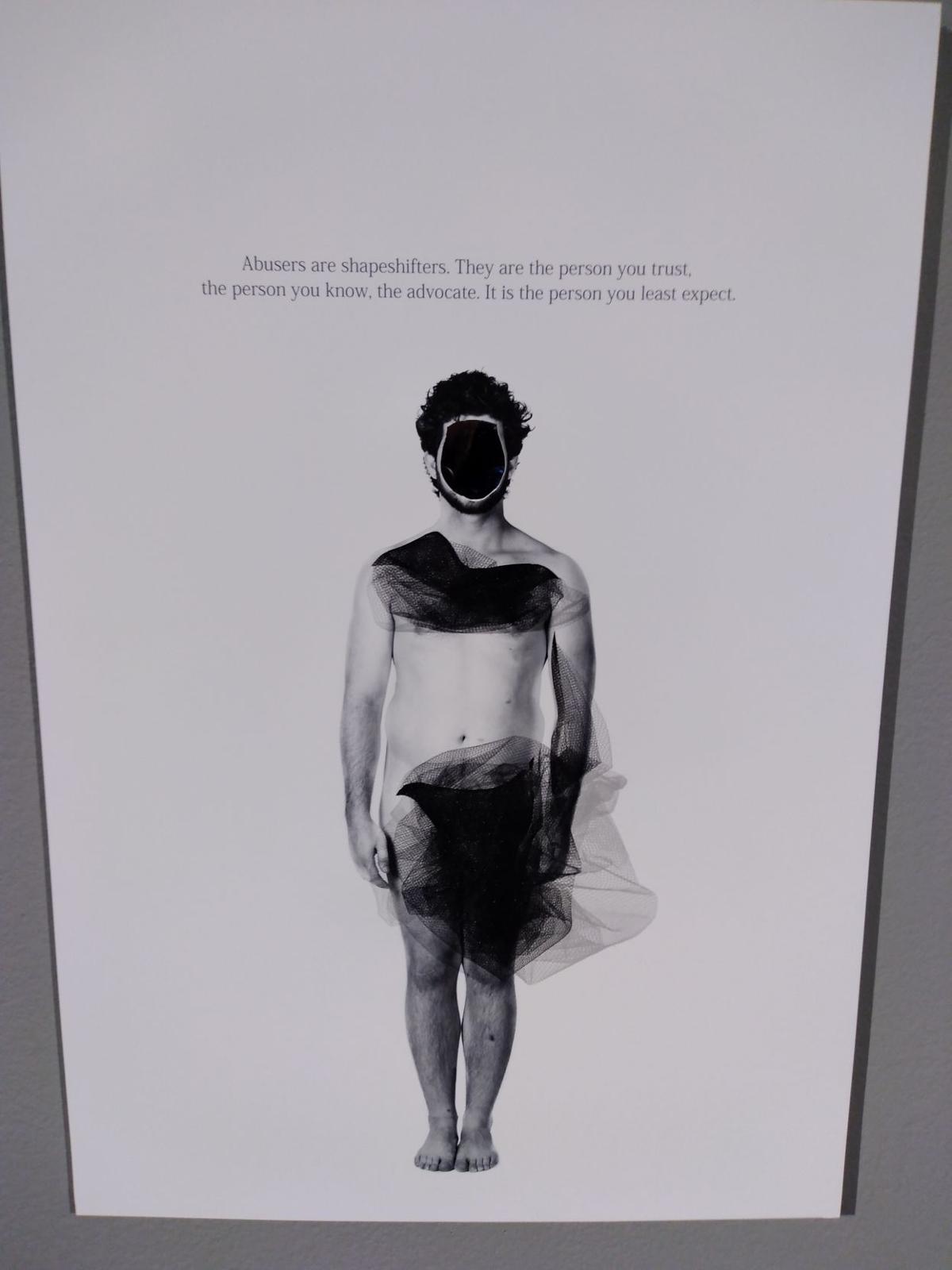 Senior photography major Nicole Gomric presented “The Person I am Because of You,” an investigative photographic series documenting the effects of sexual assault on identity.

A survivor of sexual assault herself, Thursday’s reception was especially personal for Gomric, who said she wanted to use the exhibit to raise awareness of an all-too-common problem.

“It started off as a personal project with me dealing with my own assault and being able to work through that,” Gomric said. “I wanted to create something tangible as I went through that process. I started reaching out to people that had gone through similar circumstances because I wanted to give them a platform to speak, and also provide them an environment where they could feel safe and comfortable to share their own healing processes.”

After a period which included sending out and collecting responses of anonymous surveys on the matter, Gomric began to steadily drum up more and more interest for her project.

“Once I began to have a starting body of work to show those people who responded, I think everyone started to get a little more comfortable with the idea,” Gomric said. “I then put out a call for people willing to share their stories that were comfortable with modeling. What that looked like was me just meeting with them personally, one-on-one, and sharing my story with them as they shared their’s with me. It all came together to create a message they wanted to send out.”

Overall, Gomric said she hopes her exhibit not only serves to lift up victims of sexual assault, but also illustrate the damage that can be caused by perpetrators and willing bystanders of sexual violence.

“I want survivors to feel like their voices are heard, that people are going to listen to them, that they’re valued and that they’re respected,” Gomric said. “I know there may be people that go through my exhibit that may have been a predator or committed that sort of violence against someone. I want it to make them uncomfortable and have them think more about the situation. It’s really just about raising awareness.”

“I want survivors to feel like their voices are heard, that people are going to listen to them, that they’re valued and that they’re respected."