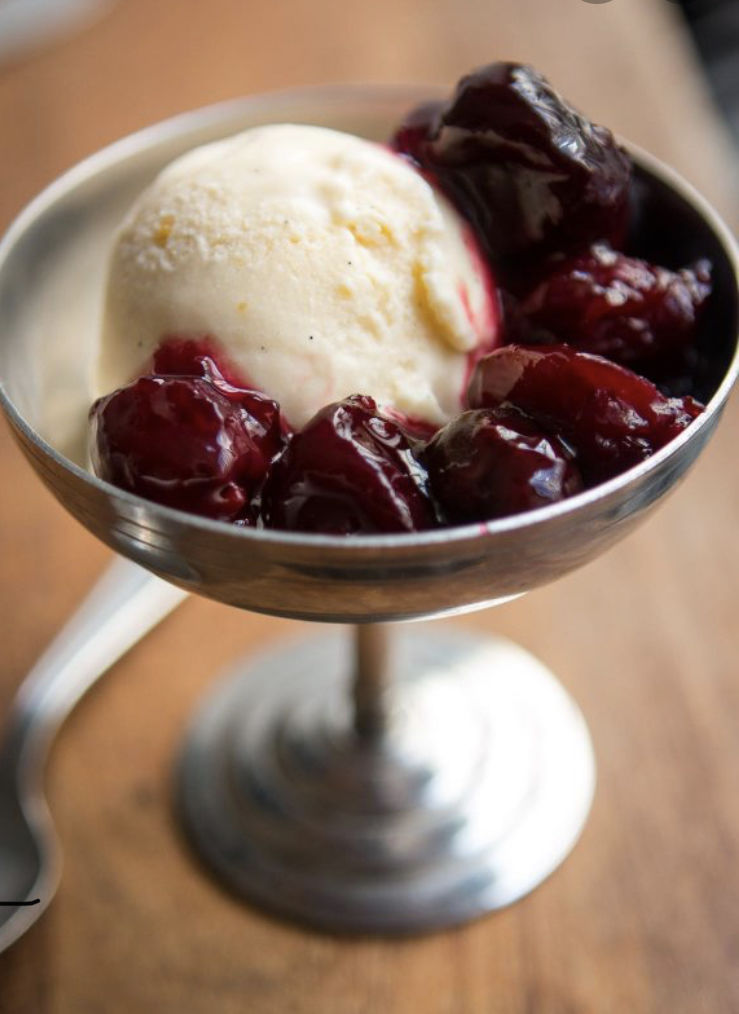 One of the simplest ways to enjoy brandied fruit is with French vanilla ice cream. 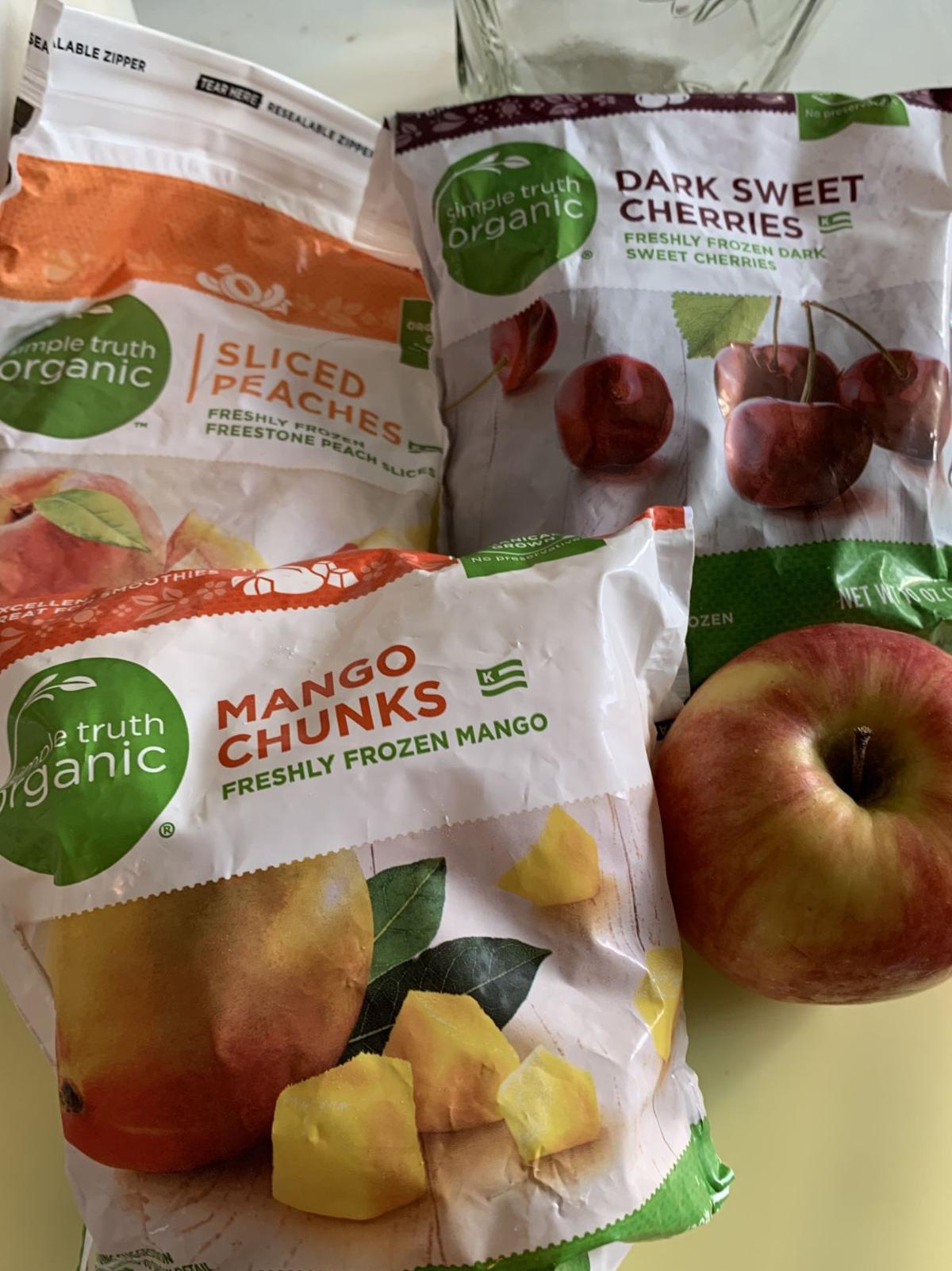 A mix of fruit, fresh or frozen, is layered in a jar. 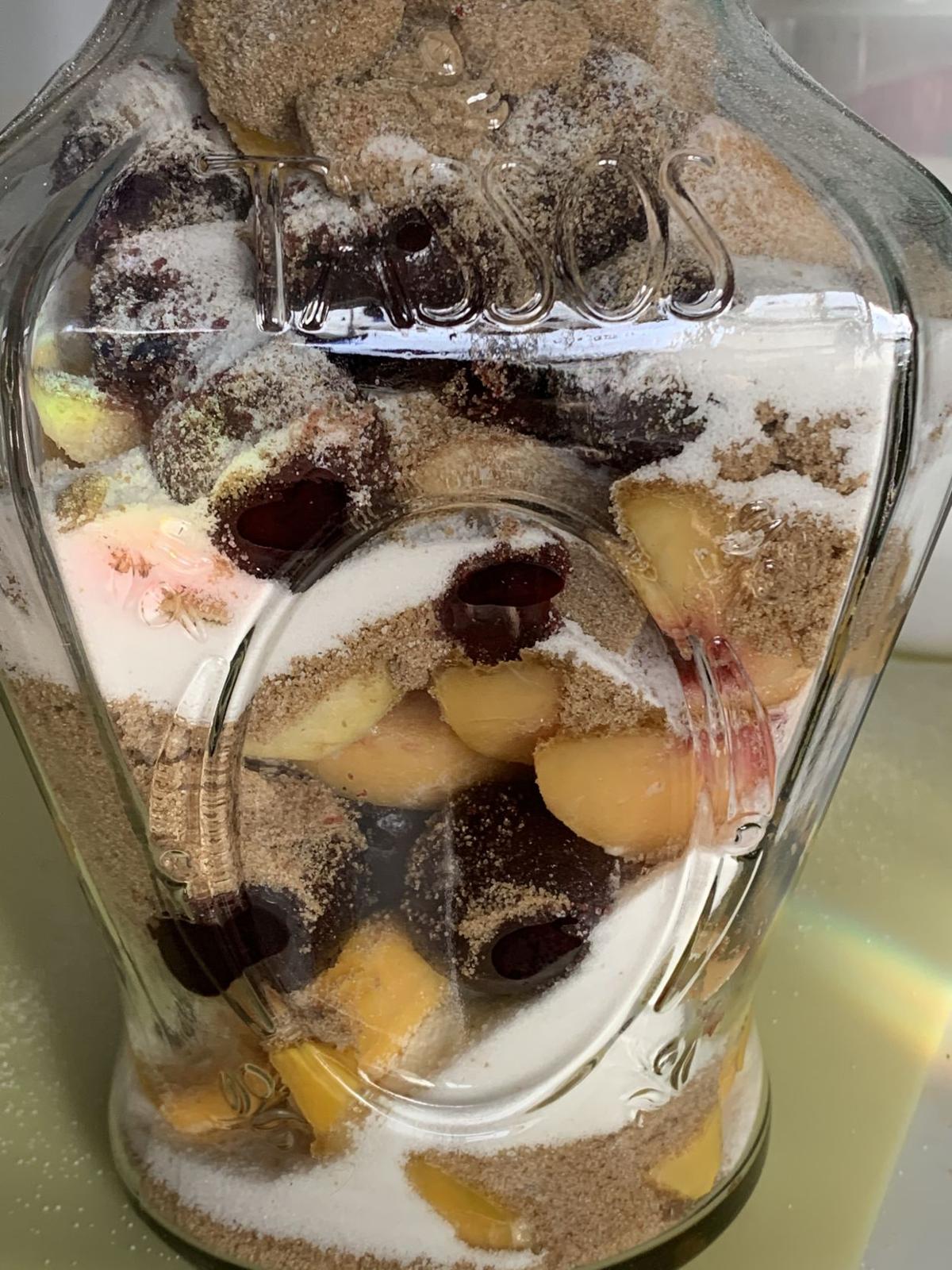 A mixture of white and brown sugar is poured on top of the fruit. Any vessel will work, as long as the mouth is large enough to retrieve the fruit. Clear glass provides added visual enjoyment. 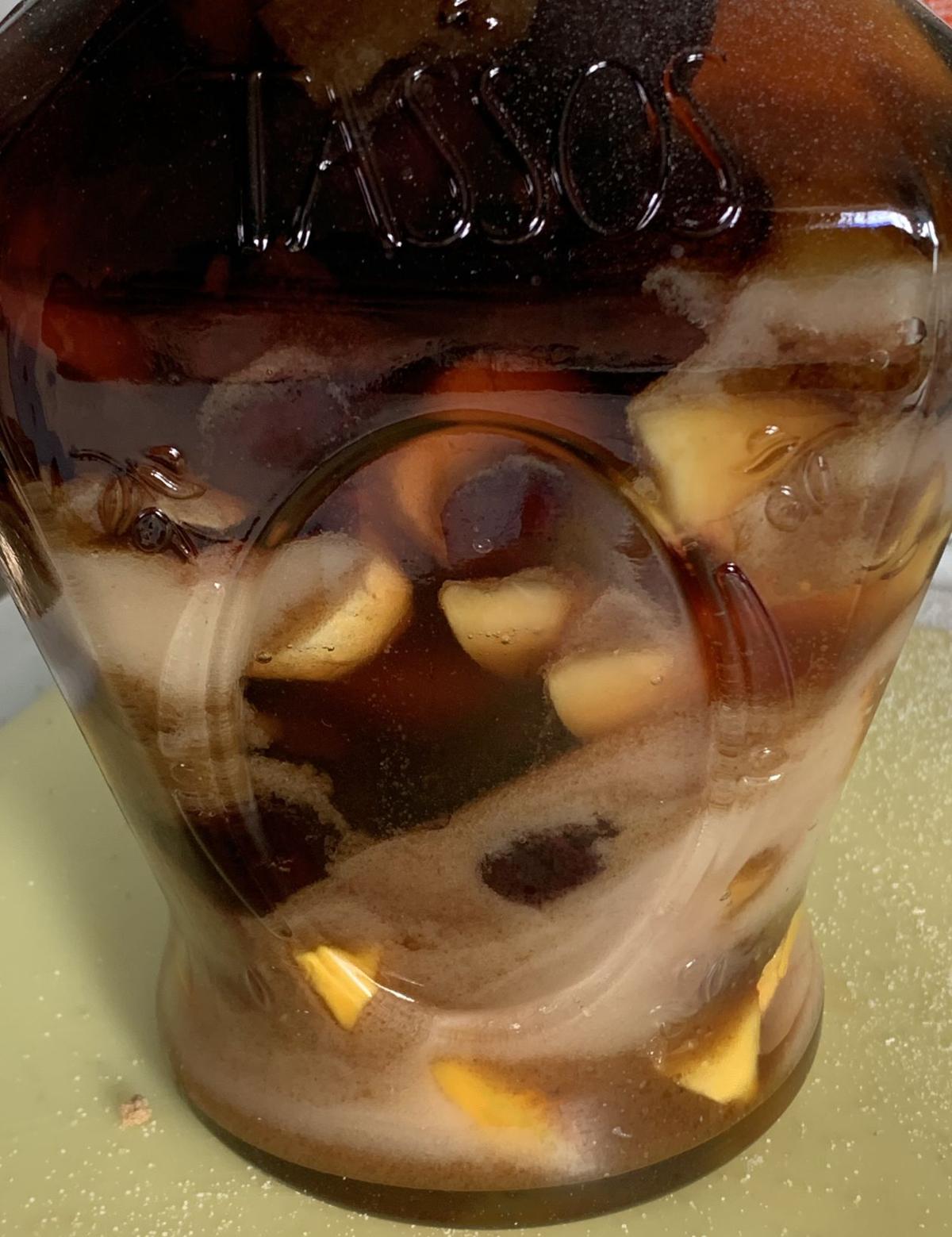 The final ingredient is good brandy, enough to cover the fruit.

One of the simplest ways to enjoy brandied fruit is with French vanilla ice cream.

A mix of fruit, fresh or frozen, is layered in a jar.

A mixture of white and brown sugar is poured on top of the fruit. Any vessel will work, as long as the mouth is large enough to retrieve the fruit. Clear glass provides added visual enjoyment.

The final ingredient is good brandy, enough to cover the fruit.

Andrew and I are embarking on a new adventure: brandied fruit.

Andy has long mentioned how his parents would make a crock of various fruits doused with sugar and covered in brandy for the winter months. He particularly remembered having it over ice cream. The topic seemed to come up in late December, but we never acted on it.

This year we finally did.

The concept dates back to the mid-1800s, when people figured out how to preserve all the fruits of summer and autumn without losing the flavor and texture. Brandied fruit was commonly served at parties during the Civil War, over sherbets or cake. It is the prime ingredient of an old tradition called Christmas Friendship Cake.

Brandy is a fortified wine, so it has an element of fruit already. The fortification puts the alcohol content between 35 and 60 percent — on par with rum, whiskey or vodka.

The fruits should be washed, peeled and larger ones cut into small-ish pieces, one to two inches or so.

Any fruits can be used, from kiwi to pineapple, keeping in mind that bananas will turn brown, no matter how good they taste.

Many recipes I checked say that the amount of sugar can be varied according to taste, and I’m sure plant-based sugar substitutes will work. Some recipes even call for warm spices — cloves, nutmeg, cinnamon sticks, a vanilla bean.

The brandied liquids can be sipped as a cordial, mixed with champagne for a cocktail or used along with apples and cranberries to make a fantastic applesauce.

The only problem is that it has to sit at least a month to do its magic. The plus is that once you have a jar going, you can keep “feeding” it more fruit and sugar and brandy and make it last, well, forever I guess. Think about how lovely a compote of brandied fruit will be with your Easter ham or lamb. What about a slice of Bundt cake, soaked in brandied fruit syrup, topped with the fruit and some whipped cream? Let’s get cooking!

This recipe came closest to what Andy remembers his parents doing. Instead of pre-mixing the sugar and fruit and allowing it to macerate, his mother just poured all the sugar on top and let the brandy wash it down.

The four ratios are nearly 2:1:1:1/2, so if your container holds 2 cups of fruit, you would use 1 cup white sugar, 1 cup brown sugar and then cover it with however much brandy it takes. Remember: don’t cook with something you wouldn’t drink.

4 cups brandy (good-quality, as much as necessary)

In a very large bowl, combine fruit and sugars, tossing well. Cover and let macerate for 1 hour, tossing every 15 minutes.

Divide fruit among 8 sterilized pint jars or a gallon crock with a cover. Pour in the brandy, making sure fruit is submerged. Cover and store in a cool place out of the sun for at least one month. Since the brandied fruit will only improve with age, let the flavors develop for more than one month.

Once aged, store the brandied fruit on a counter. As its contents diminish, just add more diced fruit (2 cups fruit to 1/2 cup each white and firmly packed brown sugar) and brandy to cover.

In case you didn’t know (I didn’t), the Grand Central Hotel in Cottonwood Falls is having a special menu Friday for Valentine’s Day, including 20-ounce porterhouse steaks and Chateubriand for two. There are rumors of a Guinness and Onion soup, focaccia and a Creekstone Farms KC Strip with a port mushroom sauce as well. Call them up 620-273-6763: it’s as good as the best of Kansas City, closer and less expensive.