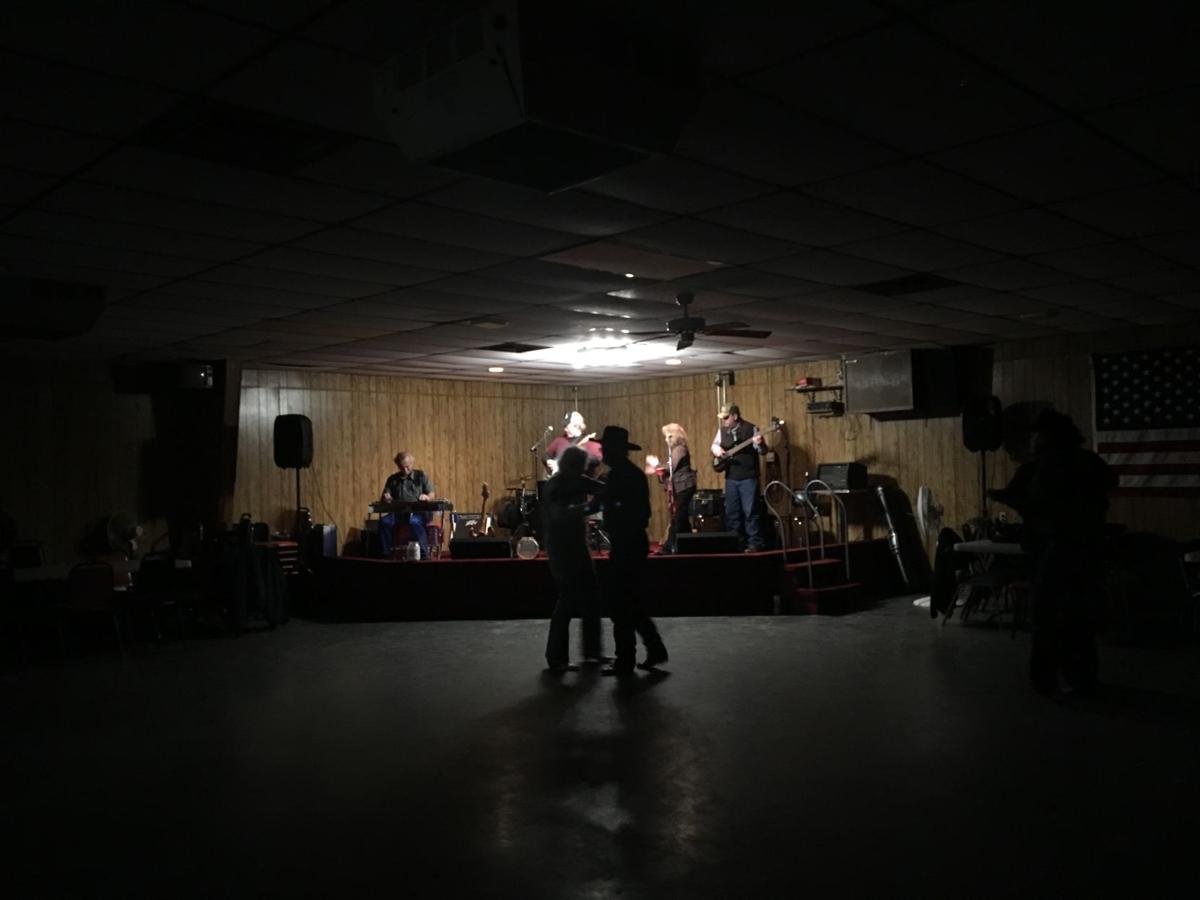 One of the first couples to take the dance floor enjoys the music as things warm up at the VFW’s Benefit Dance Saturday night. 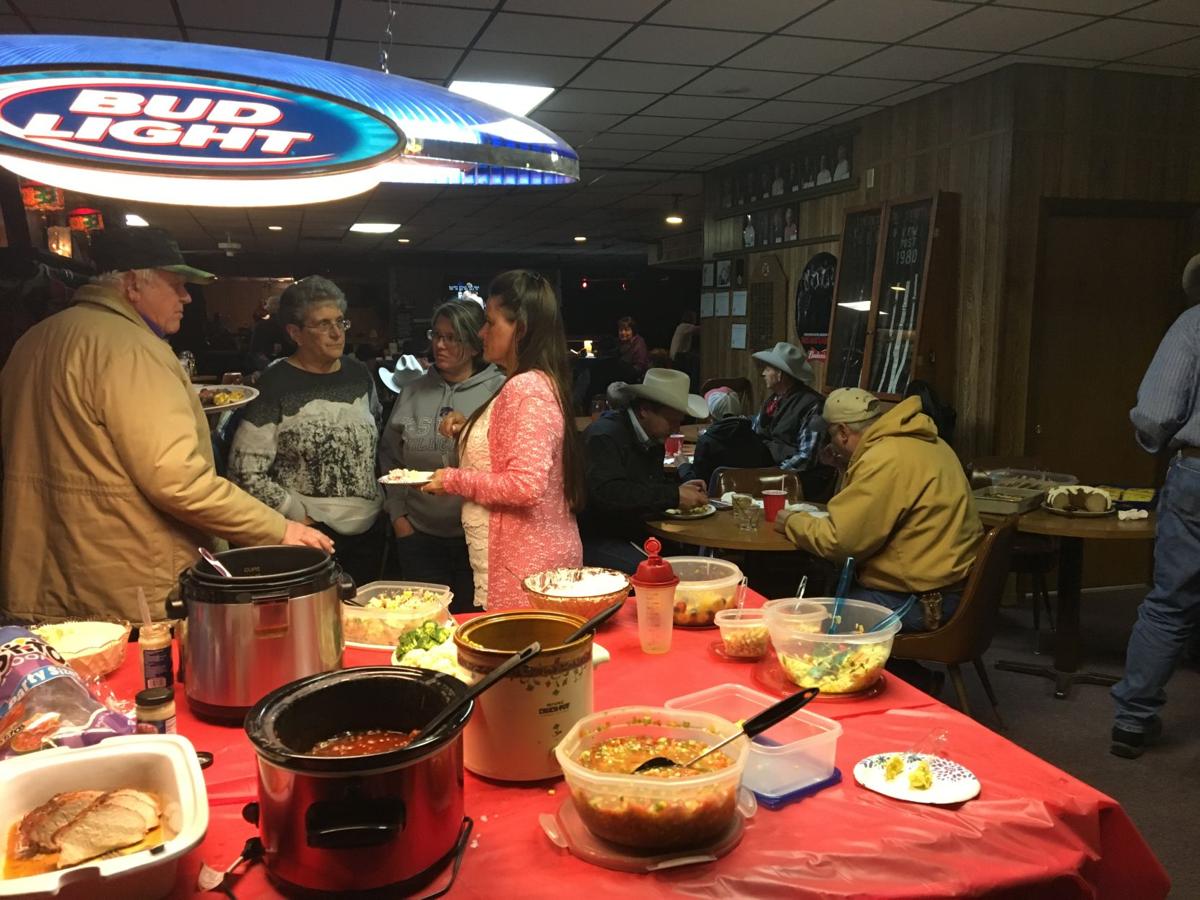 The pool table is transformed into a table, collecting food brought by attendees of the dance and VFW and VFW Auxiliary members. 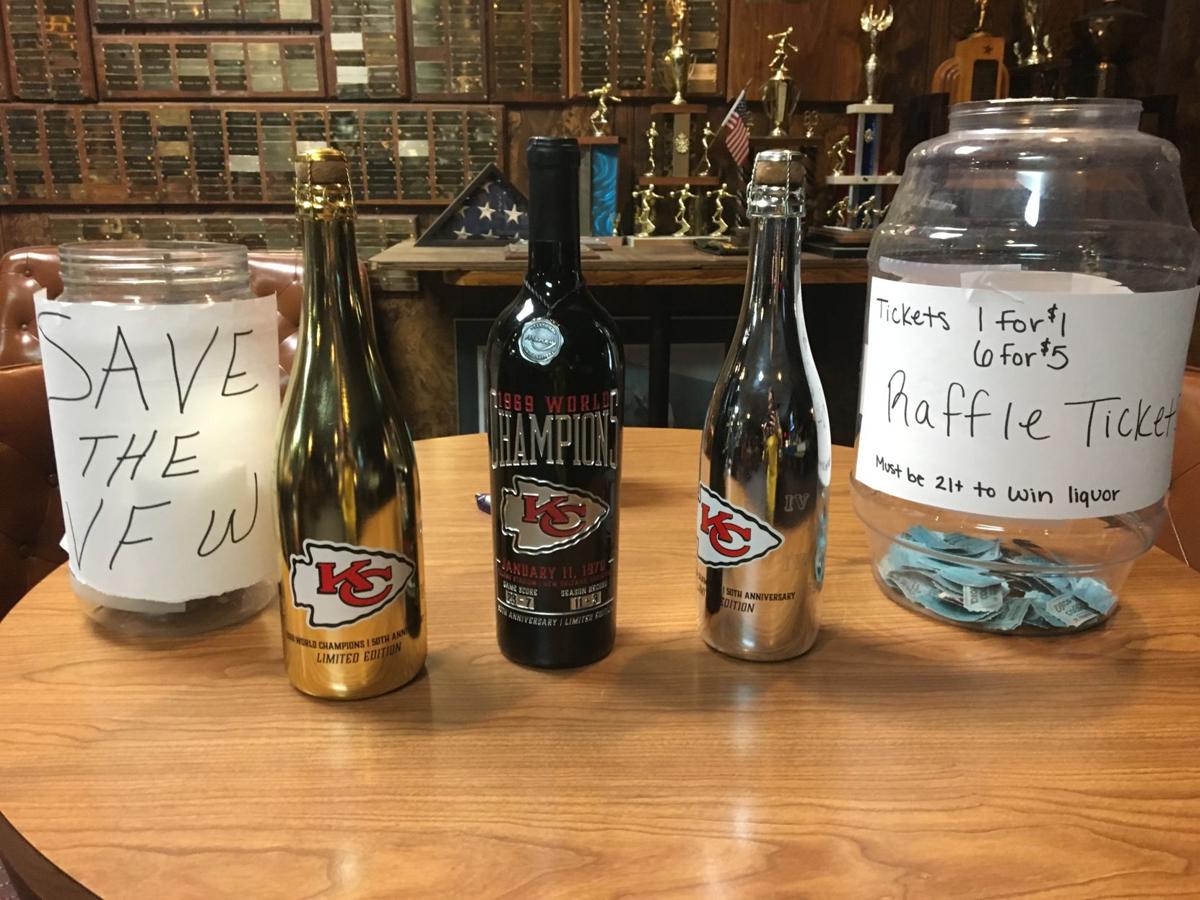 A number of raffle items were on display to help supplement the VFW’s various fundraising efforts Saturday.

One of the first couples to take the dance floor enjoys the music as things warm up at the VFW’s Benefit Dance Saturday night.

The pool table is transformed into a table, collecting food brought by attendees of the dance and VFW and VFW Auxiliary members.

A number of raffle items were on display to help supplement the VFW’s various fundraising efforts Saturday.

Boots were stomping and bellies were filled at the VFW benefit dance Saturday night.

VFW Post No. 1980, 932 Graphic Arts Rd., hosted a benefit dance Saturday night to help raise funds for the post. Attendees were asked to pay a $5 entry charge and bring an appetizer to share with friends and families.

In addition to raising funds, VFW Commander Mike White said the VFW’s events like this are largely intended to show Emporia that the post is persevering. The organization also hopes to bring more people into the VFW and is continuously emphasizing that this post is family-friendly.

“You need to bring your friends, come out here, enjoy yourself,” Bar Manager Dee Dee Johnson said. “Everybody’s laid back here, and everybody enjoys everybody here. We play good music.”

The South Fork Band, regular entertainers at the VFW, provided country music at the benefit. Two raffles supplemented the fundraiser, too — a raffle for limited edition bottles of Kansas City Chiefs wine and a 50/50 raffle, where the post keeps half of the money and gives the other half to the raffle winner. Entertainment Committee Head Gloria Schneider said it is common for the winners to donate the money back into the post.

Fundraiser events like this started with the VFW’s implementation of the entertainment committee. The committee meets about once a month, sometimes more, to discuss the kinds of events people would be interested in attending, the dances being one of those interests.

“Last September and October, we did not think that we would be open Veterans Day, and we always had the ham and bean feed following the parade,” Schneider said. “We’re still here, because of the raffles, because of cash donations.”

The VFW set a $75,000 campaign goal, which would cover the amount of debt owed and allow the post to work on some updates and restorations.

“We’ve had a couple anonymous donors that have made some pretty large contributions that have been able to help us out,” White said. “We’re still a little ways away from our goal, but we’re closing in on it for sure. We actually wanted to set a goal that seems realistic.”

While the post is able to metaphorically and literally keep its lights on because of the donors, the heart of the post is in its members. Schneider said she is so deeply involved because of her family’s military history and the way in which she feels needed at the post. Johnson, a somewhat recent transplant from Texas, said she has stayed in Emporia because the VFW members love her and have her back. Internally, Post 1980 is a family and it would like to grow that family.

“We’re taking baby steps, but we’re still taking them, so that’s a plus,” Schneider said. “If there’s anybody out there that would love to come and help, be on the committee, help us plan this stuff, give us your ideas, we’ll listen. We want to. We need help.”

Whether it’s financial, supply, time or talent donations, the VFW invites everyone to contribute.

“I think they love it, too, I really do,” Johnson said about the people who visit or are members of the VFW. “I think most everybody that comes out here, they enjoy coming out here. They like the bartenders, and the drinks are reasonable, so they know what they’re getting, and we know what we’re getting when they come in here.”

White said the post’s motto is, “Nobody does more for veterans,” and he feels the members stand behind that.

“It’s one of those organizations that, although [it] doesn’t get noticed all the time, it provides something for veterans and their families that other things can’t offer,” he said. “We have to do what we can in our community when we can.”

To keep the party going, visit the VFW on Feb. 15 for its Sweetheart Dance. The first 50 women will be gifted a carnation, supplied by Riverside Gardens. There will also be raffle items.

“I think most everybody that comes out here, they enjoy coming out here."