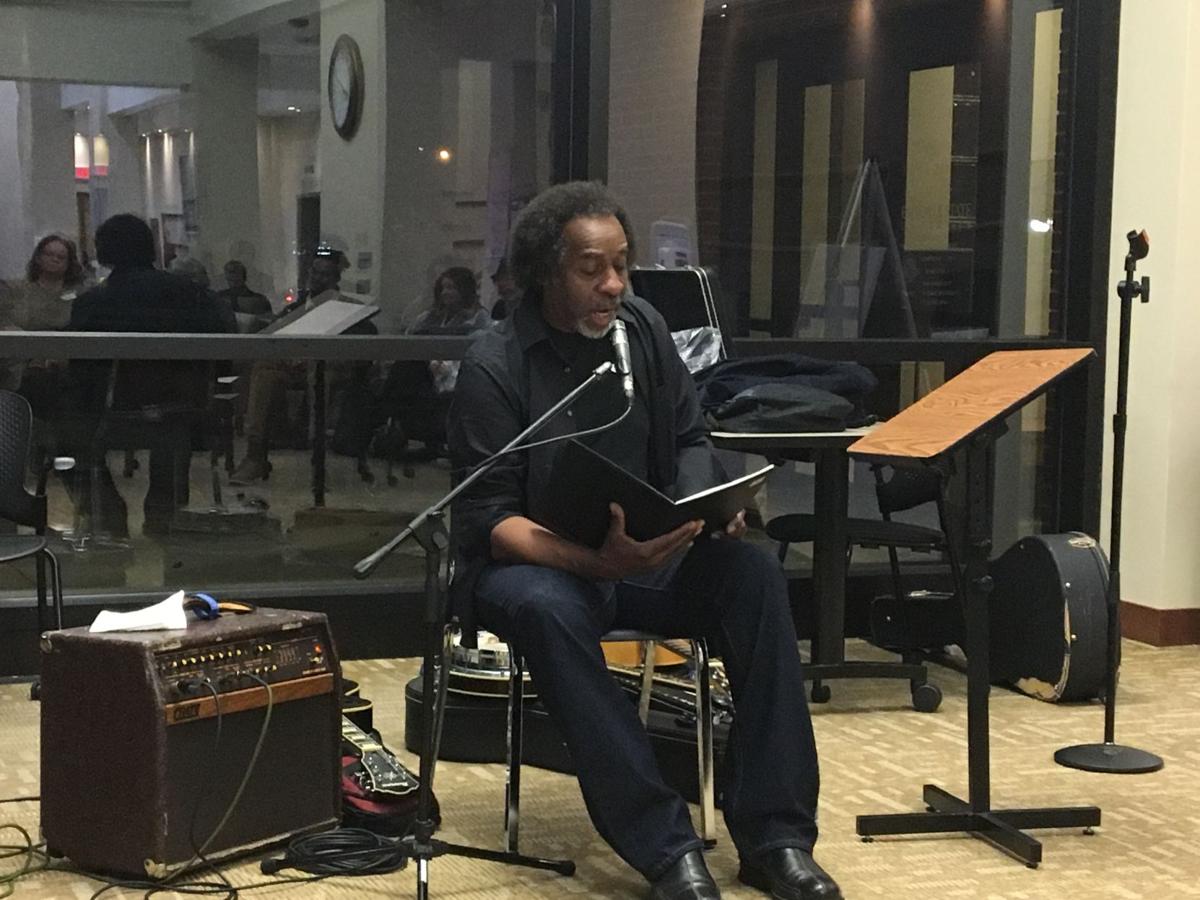 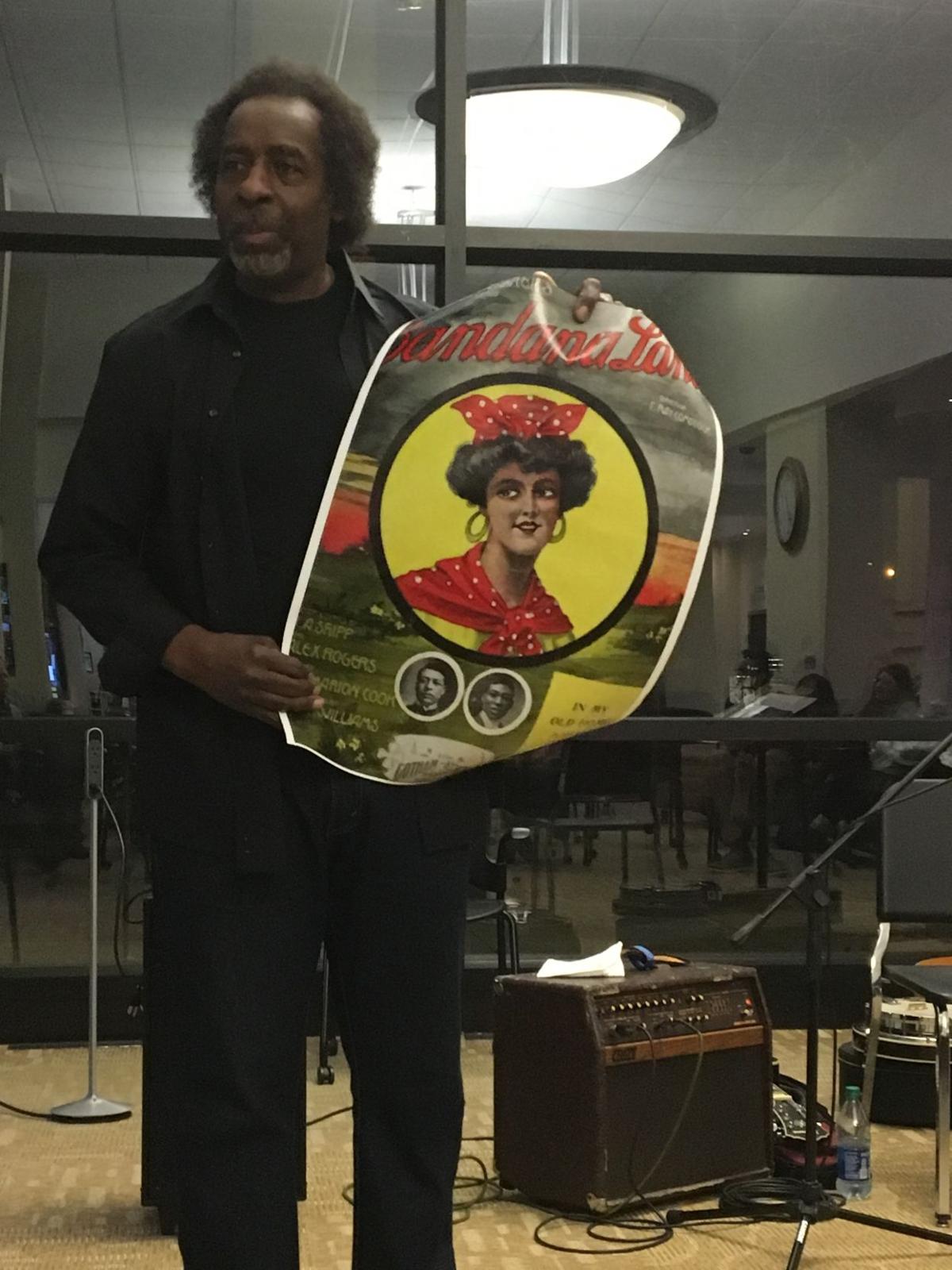 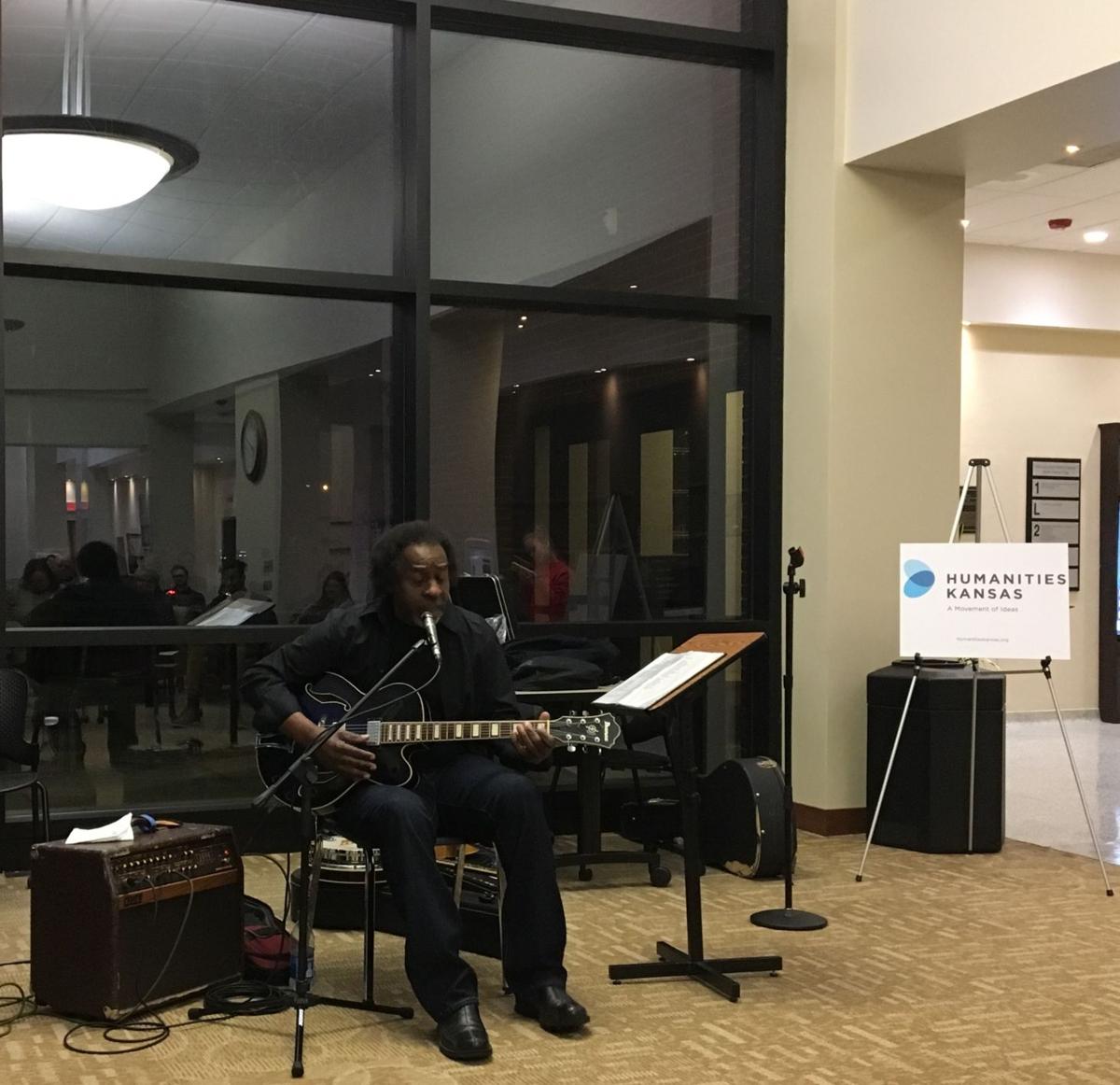 Lem Sheppard gave a heartfelt and dynamic Harlem Renaissance presentation on the history of African-American blues and jazz music, poetry and social movements. Sheppard filled the library commons with a soulful voice as he read notable African-American poems, sang and played the guitar and banjo.

Sheppard’s history ranged from the 1870s through the 1950s, though much of the history was focused on the 1920s. He associated two central themes to the Harlem Renaissance: “everybody had a solution to the negro problem” and “rediscovering the spiritual.” To explore the themes, Sheppard played musical renditions by William Christopher Handy and Georgia Tom Dorsey, as well as read poems by Langston Hughes and Claude McKay, among many others. Sheppard even shared his own musical interpretation of the Hughes poem “The Negro Speaks of Rivers.”

Sheppard said he enjoys presentations like this because of the way he is able to incorporate history and information about the song composition into the performance. He has played music for many other events, but seldom gets to speak on behalf of the history. Kansas was a musical and poetic hub during this time, and Sheppard made it a point to connect the history to the Emporia area when applicable.

“Many of the artists active during the Harlem Renaissance came from places outside Harlem — cities like Washington DC and Kansas City,” Sheppard wrote in the ESU event announcement. “When I learned this, I began to view Kansas in the time period through a different lens.”

African-American poetry and music also gained political momentum when addressing civil rights issues. Sheppard said the sentiment was: “we’ll get art to do the work for us,” meaning the audience’s attention was focused toward the problems when they were interacting with the art.

A unique characteristic of the Harlem Renaissance was the emergence of many younger artists taking artistic and political responsibility. Many of the poets and musicians were only 18-20 years old when they broke into the public eye. These new artists rejected classical styles and turned to the everyday experience for inspiration. Some people would even throw “rent parties.” These parties were originally thrown by people who did not have enough money to pay their rent, but did have enough money to hire musicians (mostly pianists) and purchase food to give to guests at a 15-cent ticket price. By the end of the night, the rent money was earned.

The parties gained so much popularity that people started staging rent parties simply for the fun of them.

Sheppard’s research on these subjects is ongoing. He said each week, his presentation is different, based on the new information he has learned.