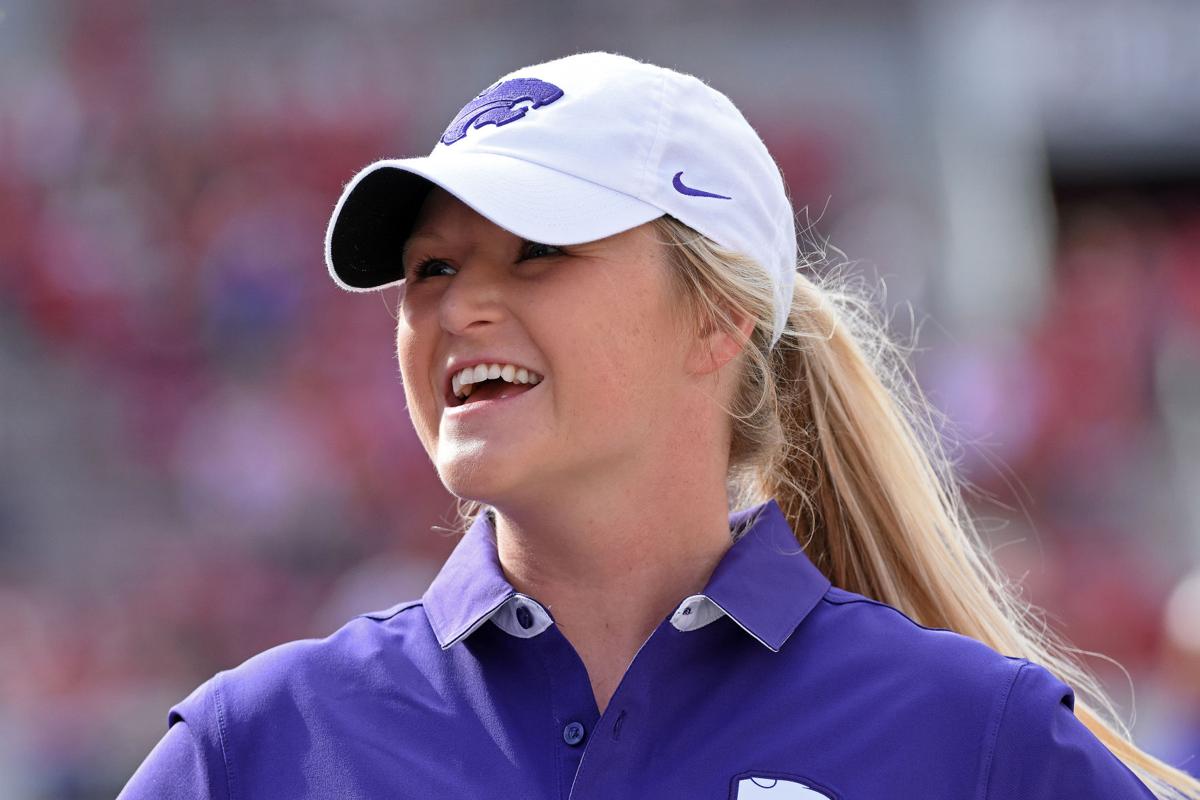 Emporia native Kacey Harper works on the sidelines during a game against Oklahoma. 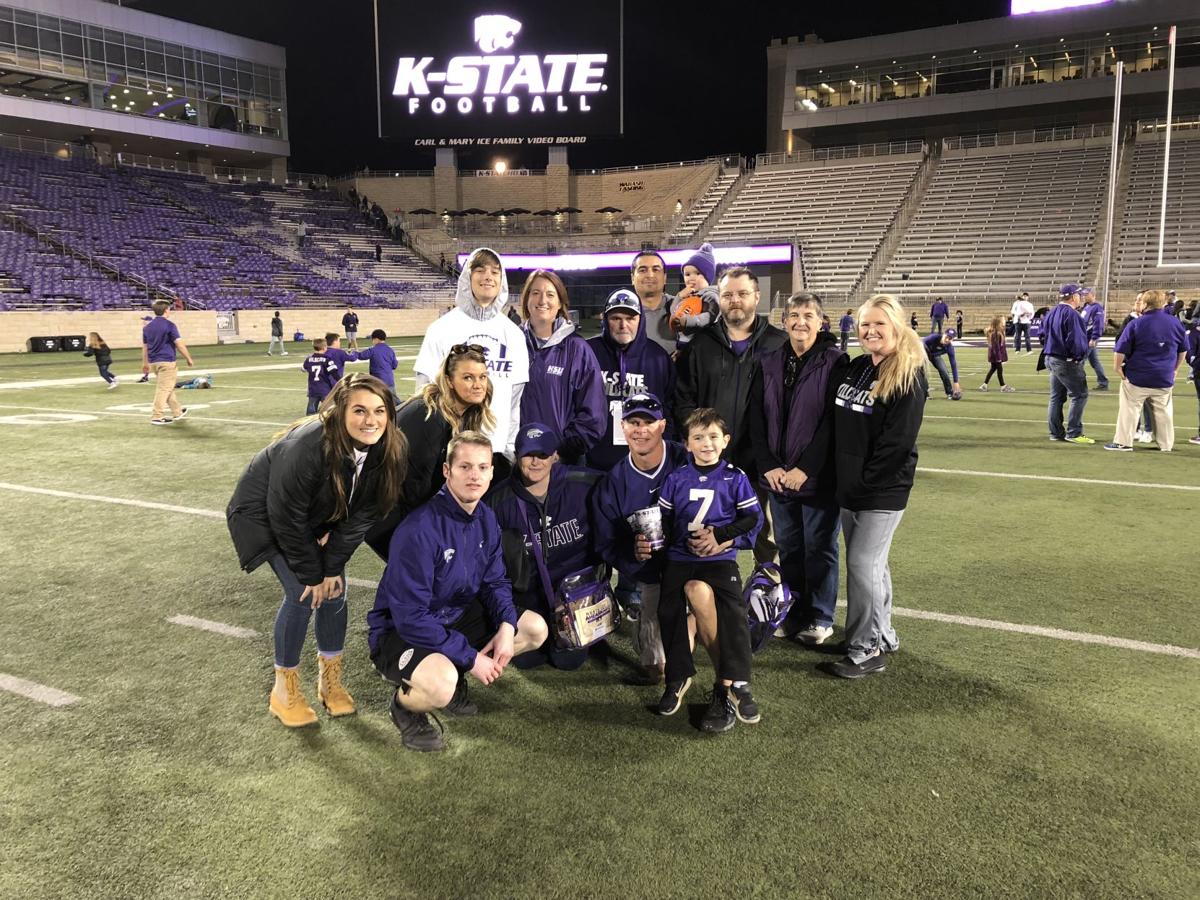 Kacey Harper and her family at Bill Snyder Family Stadium in Manhattan. 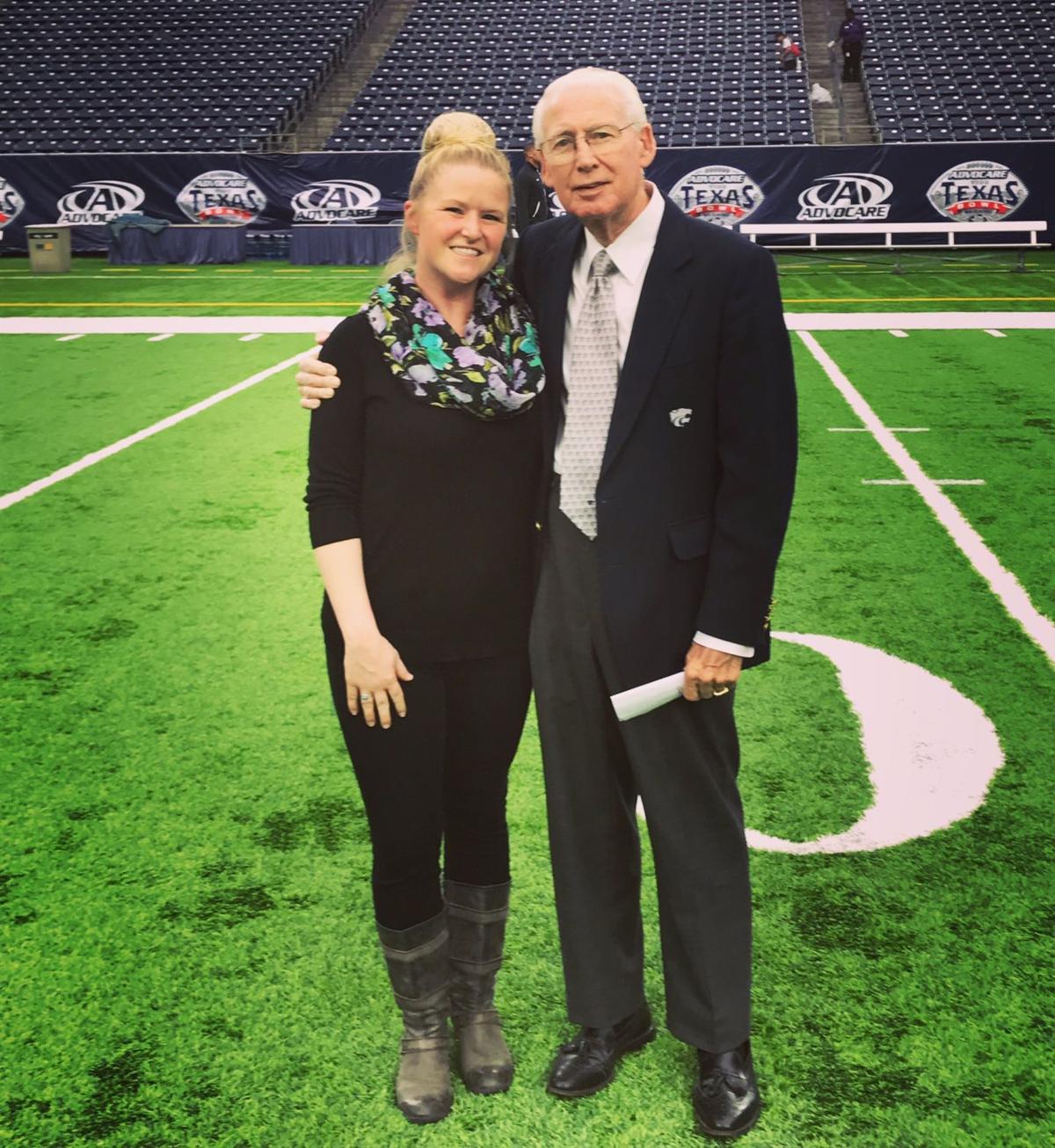 Emporia native Kacey Harper has her photo taken with Coach Bill Snyder at the 2016 Texas Bowl. 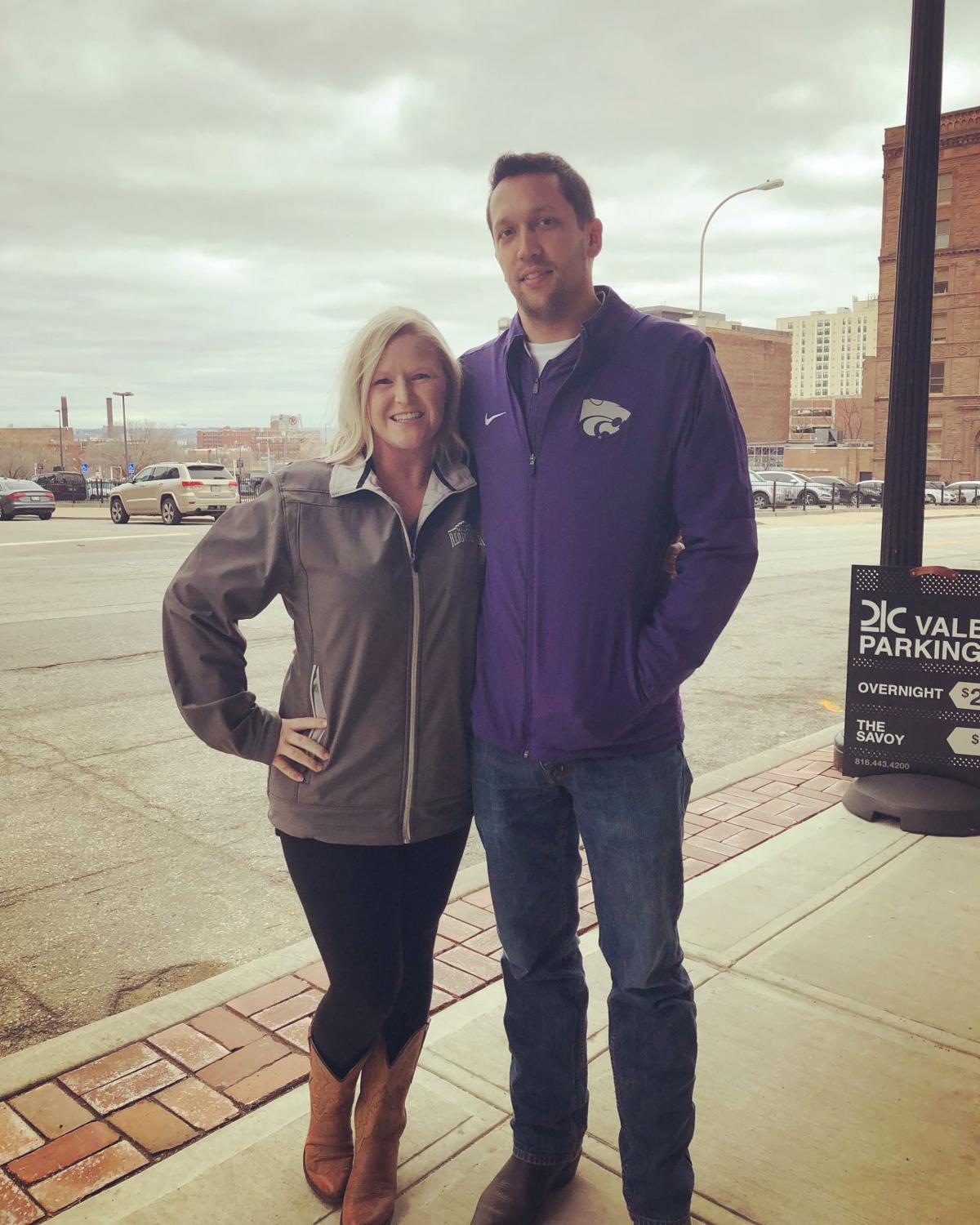 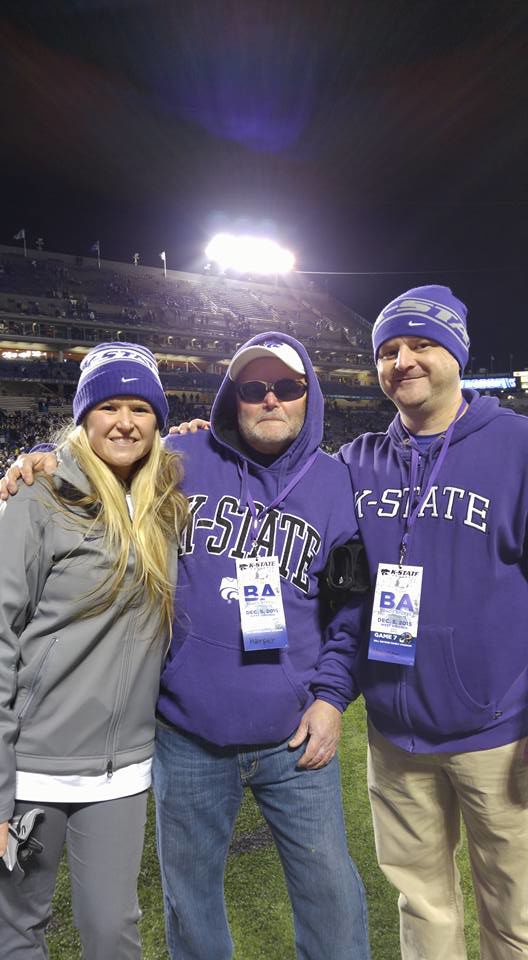 Emporia native Kacey Harper works on the sidelines during a game against Oklahoma.

Kacey Harper and her family at Bill Snyder Family Stadium in Manhattan.

Emporia native Kacey Harper has her photo taken with Coach Bill Snyder at the 2016 Texas Bowl.

A lifelong passion for the game of football has allowed Emporia native Kacey Harper to attain a position few other women in the country can say they hold.

Now in her 15th year of work in the Kansas State University Athletic Department, Harper is serving her first full season as Director of Football Operations. She assists with most of the day-to-day business of the team by coordinating travel, organizing camps and clinics, managing the program’s operating budget and — hopefully — bowl planning by season’s end.

Although she never really saw herself in her current position growing up, Harper’s path is understandable when considering her upbringing.

“Sports have always been a big part of my life,” Harper said. “Growing up, it seemed like we were always at the gym, ball fields or playing some type of pick-up game in the backyard. My brother and all of my cousins played football, so I watched my fair share of games as a kid. We started going to K-State games in 1994 when my cousin, Joe Bob Clements, joined the team, and I absolutely loved getting to go to those games with my family. From that point on, I pretty much always knew I wanted to go to college at K-State.”

After enrolling in classes in 2004, Harper started working with KSU football her sophomore year as a student assistant and soon began moving up the department ladder. She admits the process wasn’t always straightforward — or the most lucrative — but was nevertheless able to succeed due to a love for the campus environment and strong relationships with her peers. After earning a Bachelor’s degree in Family Studies and Human Services in 2008, Harper decided to follow her instincts and delve deeper into the realm of sports management.

“As a student assistant, my primary responsibilities were just answering phones, greeting guests, entering recruiting questionnaires and organizing film,” Harper said. “I earned $6 an hour at the time. My senior year, they offered me a graduate assistant position in the recruiting department if I decided to attend grad school. I applied, got in and when I graduated in 2011 [with a Master’s in Counseling and Student Development], I continued working at the complex there. I did that for a year before working in a full-time position in the Recruiting Operations Department for Coach [Bill] Snyder. In 2013, I moved to the team side of operations and that’s where I’ve been ever since.

“I was really fortunate to have worked for Coach Snyder. I started in what was his final year during his first go-around, and when he came back in 2009, he was the one to offer me my first full-time job in college football. That was, of course, very special to me. Working for him over the last decade has taught me a lot. I certainly learned how to work harder than I ever thought was possible. I’m very grateful for him, and getting the opportunity to work with him was really a dream come true.”

Even before coming to find mentorship in Manhattan, Harper spent her pre-college years developing a steadfast belief in her own abilities. She credits her parents, Lisa and Harold, for instilling a sense of confidence within her. Now, as a woman in a male-dominated field, Harper said she has never felt an extra need to prove herself to her male colleagues. She knows her attitude and work ethic speaks for itself.

“My parents raised my siblings and me with the understanding that we could do anything we wanted to do,” Harper said. “When I decided I wanted to pursue a career in college football, I never doubted it, because that is how they raised us. Their encouragement and support has meant the world to me and has helped me get to where I am today.

“My message to other females wanting to pursue a career in college football is to simply just go for it. Having diversity among a staff only makes the staff stronger, and that is no different in college football. It has been my experience that most people in this profession recognize that and embrace it. Don’t be afraid to sit at the table and always remember the value that you bring to it.”

As far as her goals for the future of her position, Harper said she has adopted the same mindset as the players and coaches on the Wildcat football team: take each season one game at a time.

“I try to look at my role through the lens of every game, and every season,” Harper said. “Of course, every bowl trip does feel like a major accomplishment after all the coordinating that goes into it, but when you’re able to nail down a trip for 300 people and have the week go well for all the players and staff, that feels really rewarding, too. The wins and losses are just as important to me as anybody else on the team, but sometimes those little things feel like victories as well. When I know we’ve had a successful camp, clinic or road trip, that makes all the work worthwhile, and that’s what I try to focus on.”

"Don’t be afraid to sit at the table and always remember the value that you bring to it.”

“ pound the stone “ way to be Kacey