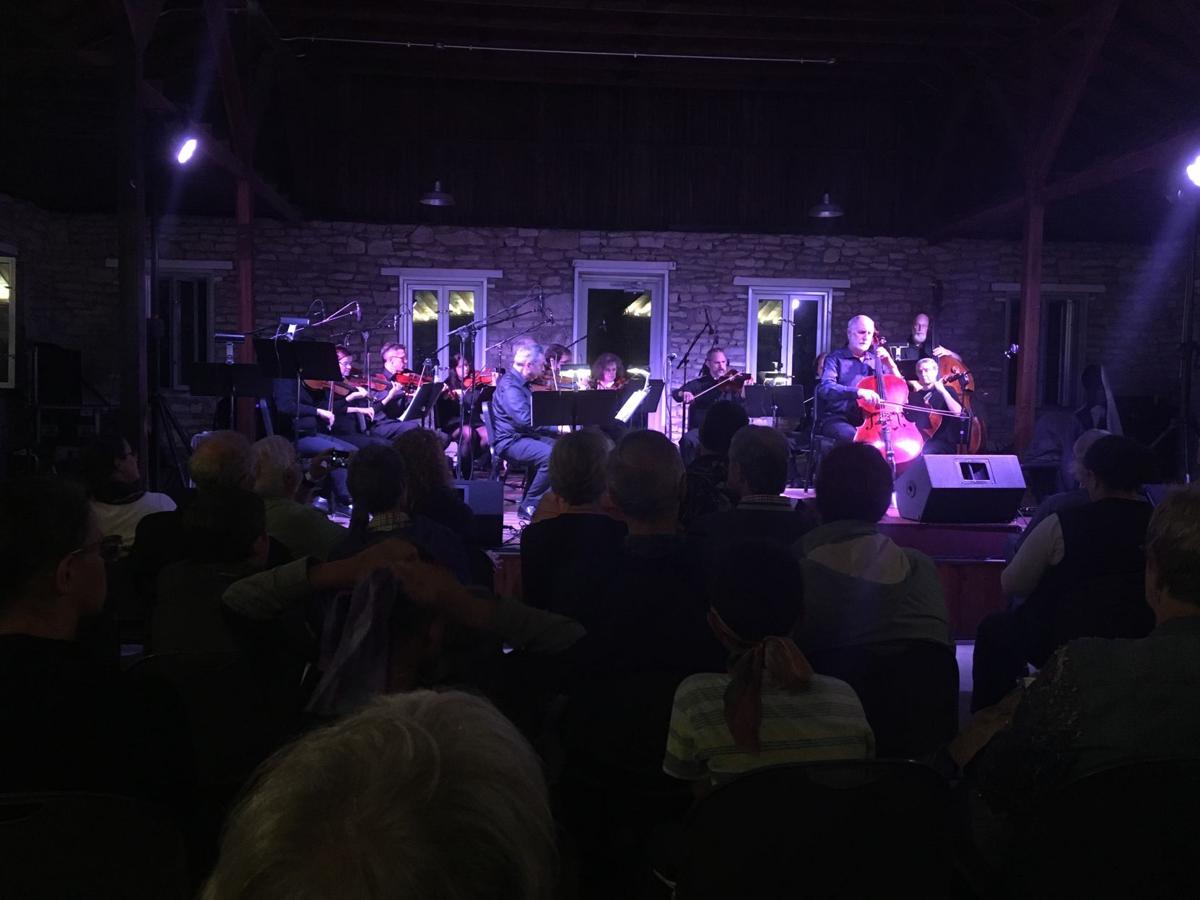 Eugene Friesen plays during the Sunset Concert at WoodFest. 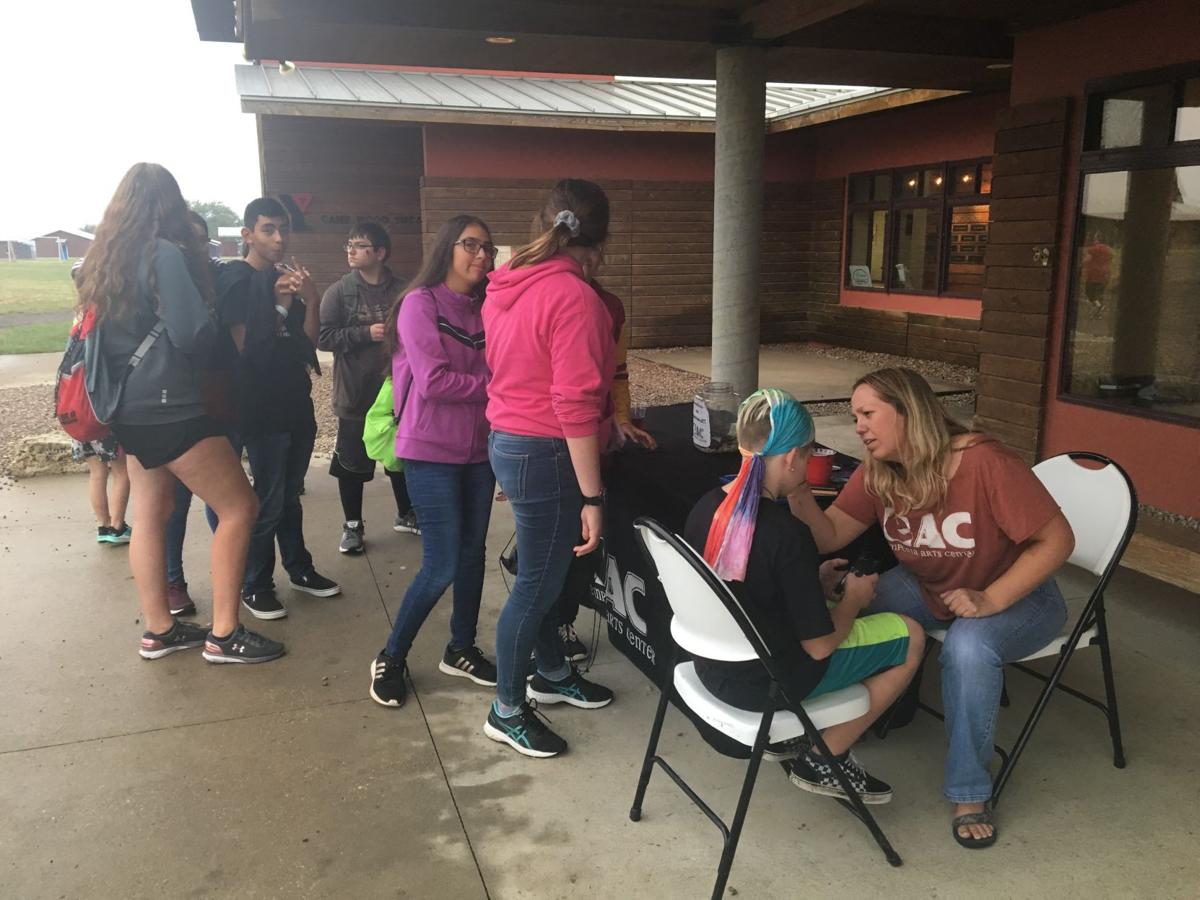 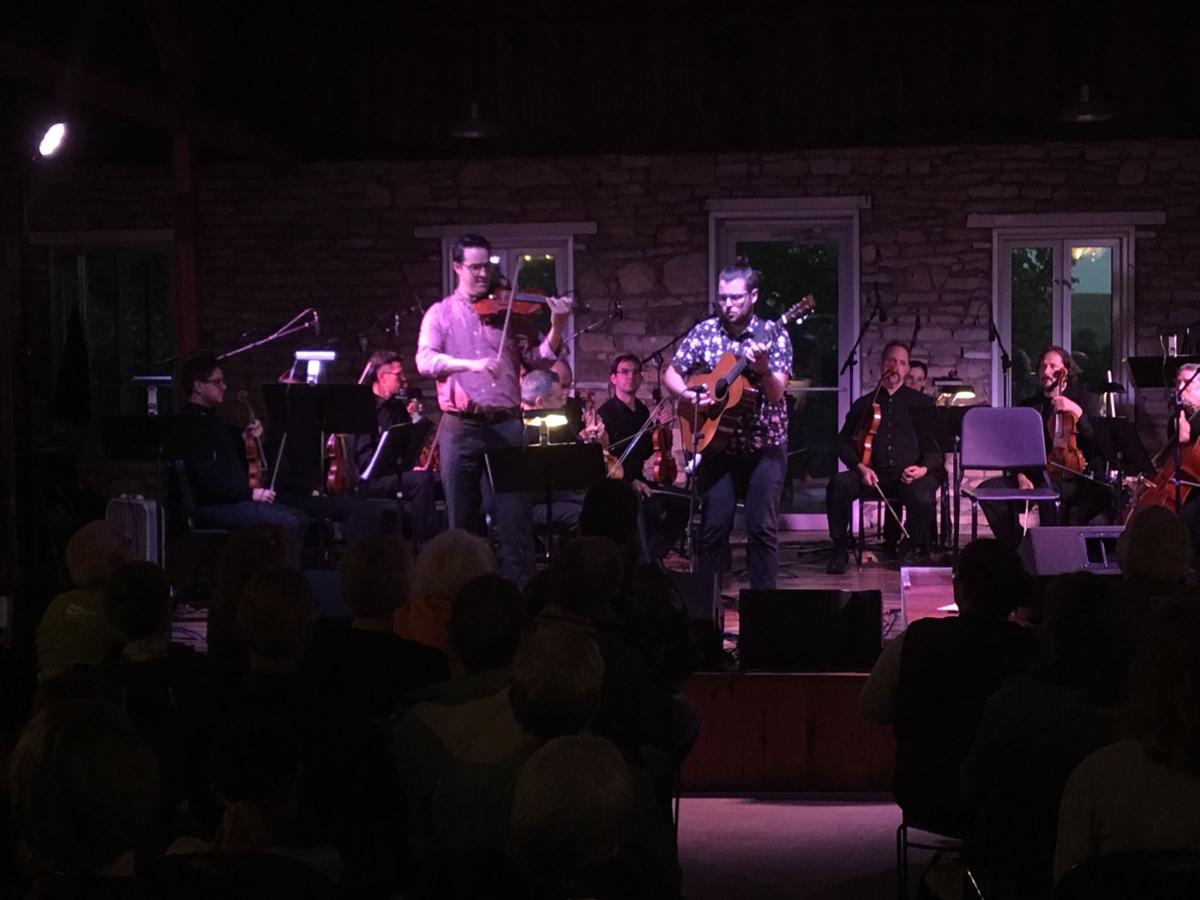 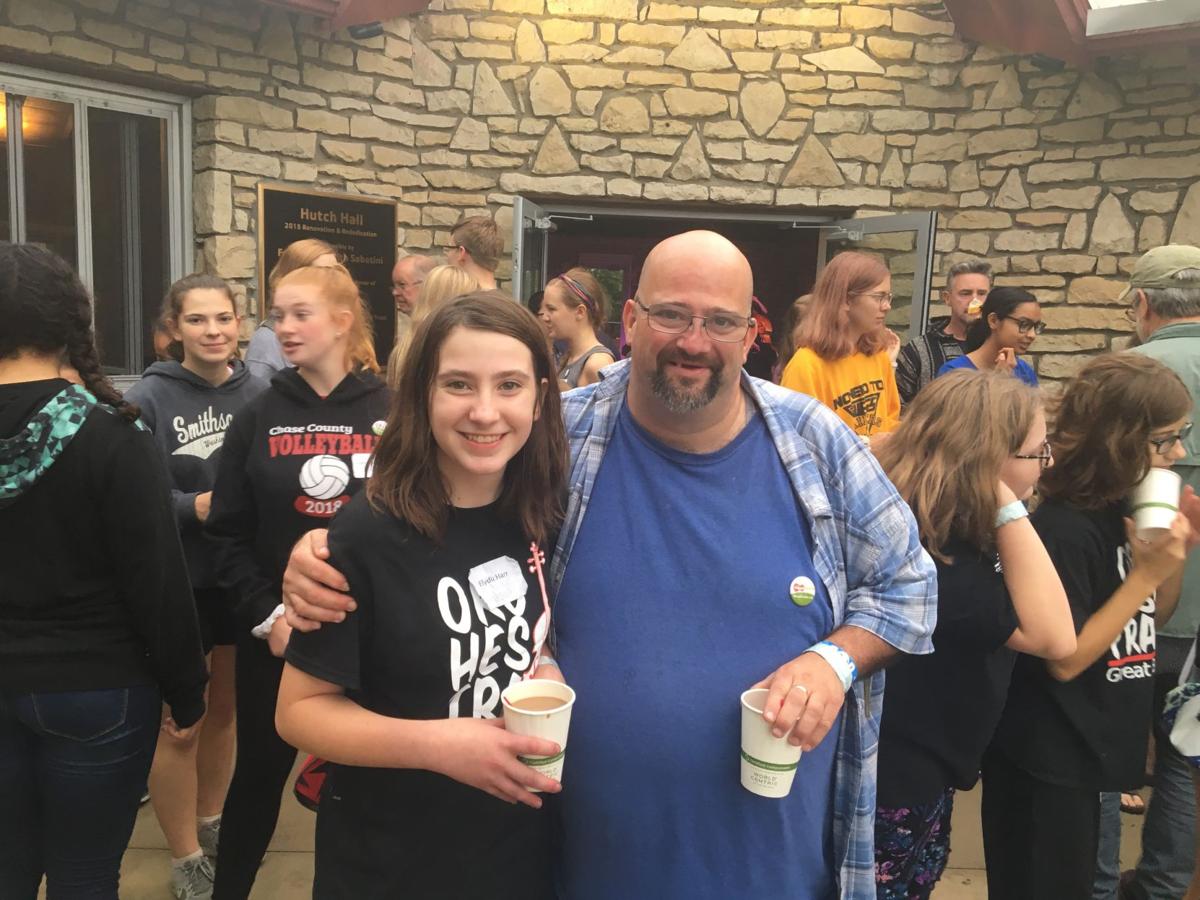 Elydia and Carl Harr spend the day at WoodFest enhancing their musical skills.

Eugene Friesen plays during the Sunset Concert at WoodFest.

Elydia and Carl Harr spend the day at WoodFest enhancing their musical skills.

Soft notes danced with the cool breeze as the sun set behind Camp Wood YMCA Saturday evening at WoodFest.

Musicians of all ages and skill levels connected with their instruments, other arts and nature during this 9th annual event of workshops and performances.

“WoodFest is great,” Symphony in the Flint Hills Executive Director Leslie Von Holten said. “This is the biggest crowd that we have ever had, and it has been a lot of fun. There have been kids classes, arts classes, music and now we’re heading into a performance. We have some world-class musicians who are playing tonight, including four-time Grammy award-winning cellist Eugene Friesen.”

Symphony in the Flint Hills and Camp Wood YMCA co-sponsored the event. Additional attendees gathered alongside the musicians in appreciation of nature and music during the Sunset Concert, held in Hutch Hall. More than 450 people registered for the concert.

Von Holten bounced around throughout the day, helping kids make colorful silk scarves and checking in on other activities. Some of the other activities included horseback riding, archery, instrument building, opera, painting and hiking.

“It’s really a great way for families to spend the day together in the Flint Hills, and it’s accessible for all ages,” Von Holten said. “That said, we have it structured to where it’s not only kids. We have people here who don’t have kids or their kids are already grown, and they’re coming and doing the music classes themselves, and you can also just come for the concert too, if you want.”

Elydia is going into her third year of playing the bass and is happy to be taking home a sense of pride in playing and the skills she learned at WoodFest. She learned how to improvise and how to play the guitar.

“I really like [WoodFest],” she said. “It really brought my passion back to my instrument.

“At first, I really wasn’t that excited about it, but when I got here, I realized it was perfect. I was thinking that I wasn’t good enough and that I didn’t sound good alone, but then I took this class that said I could do whatever with it — improvisation — and I decided I really like my instrument again.”

“She’s growing, and she likes music, and I just want her to be musical and have a good time,” he said. “I got to do something, and I got to spend time with her.”

“This is my first year out here,” he said. “It’s been a lovely experience, so far. So great to work with a lot of the string players who came here to learn some new things. It was a real joy to teach a little improvisation today.”

Music was not the only thing being celebrated at WoodFest. A large emphasis was placed on the significance of nature, too.

Even the Camp Wood YMCA staff was invigorated by the mingling of music and nature.

“This year I was really excited to participate,” Camp Wood Summer Camp Coordinator Taylor Twombly said. “I think it’s such a great opportunity for kids to experience, not only music … but also the outdoors and the nature, and especially the prairie, because there’s not a lot left of it.”

Twombly said she was struck by the beauty of the orchestra playing outside before the rain, as well as the ukuleles and drums.

“I think that (WoodFest) is a great tie in between two things that can kind of be lost in today’s society, and so I think that music overall is a way to express yourself, and then also to be outside and to be with nature is another great thing that sometimes people forget about, especially now in the age of social media,” she said.

Twombly also expressed the significance of bringing new people to Camp Wood. She said she listened to others speak of their experiences at Camp Wood and how special it was to them.

WoodFest was supported by the Kaltenbacher Charitable Trust, Jerry Karr, Hopkins Foundation and many more. To continue the life of events like WoodFest, support Symphony in the Flint Hills and Camp Wood YMCA by volunteering or donating at symphonyintheflinthills.org/giving and www.campwood.org/donate.