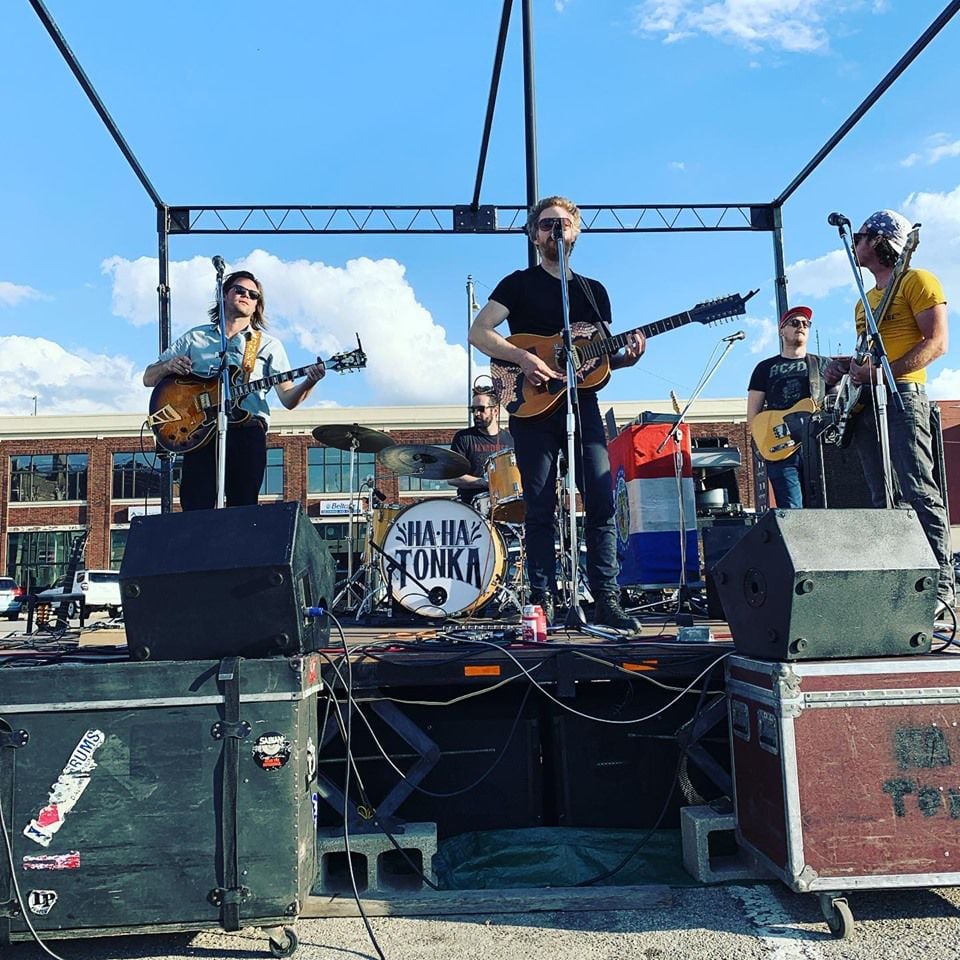 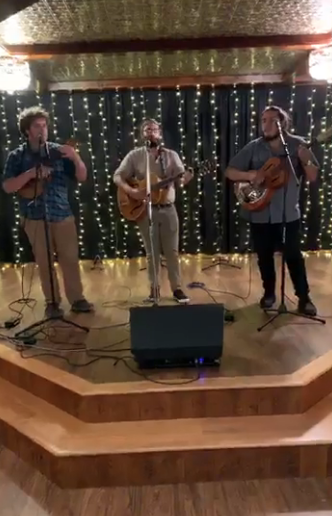 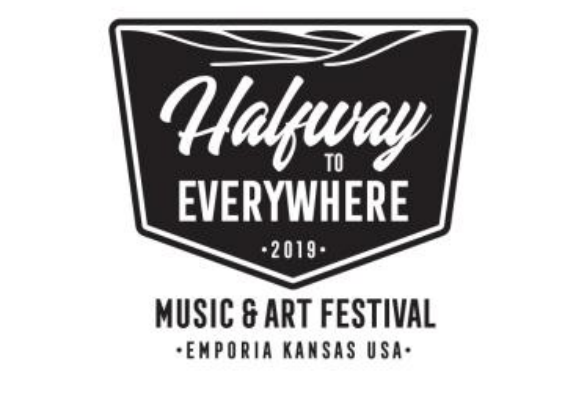 Wednesday evening marked the official kickoff of a music, art and film festival coming to Emporia later this summer.

Kansas Free For Arts and No Coast Film Festival are collaborating for the event, which is set for Aug. 31. This is the inaugural year for both festivals.

Halfway to Everywhere is a free, all-ages concert and art festival with about 30 bands on four stages around the community. No Coast Film Festival is an international film festival that will take place at the Granada Theatre.

“While we are separate entities, our goals and visions for art in the community align perfectly,” No Coast Film Festival Associate Director Jonny Phelps-Leach said at the open house.

Emporians gathered at the Copper Top to learn more about what these festivals have to offer. Kansas Free For Arts Executive Director Hank Osterhout presented the official band lineup, provided free snacks from a few of the vendors that will be at the festival — including Jimmy John’s and Casa Ramos — and talked about other partnerships with local businesses that will provide activities during the festival.

Osterhout said the open house functioned as a microcosm of Halfway to Everywhere.

A few features to keep an eye out for include Ellen Plumb’s City Bookstore author’s session during the festival and Eclectic Bikes’ bike cruise tours around Emporia.

Bands to expect at the festival include Blackalicious, Me Like Bees, That 1 Guy, Sam and the Fire Watchers, Tyler Gregory and many more.

“We try to bring the utmost professional performers but give it away for free,” Osterhout said.

Emporian Sam Bland of Sam and the Fire Watchers said when he saw the official band lineup, he was “beyond excited.”

One of the potential headliners is Ha Ha Tonka, who extended the open house kickoff by playing at the Farmer’s Market Wednesday after the open house.

“Emporia has been a part of our band since, basically, we started touring,” Ha Ha Tonka Lead Vocalist Brian Roberts said. “It’s sort of ‘matured’ with us as we’ve become older.”

“I’ve got nothing but love for Emporia,” Roberts said.

“I like all of the different music that’s going to be out,” Emporian Hannah Crowl said. “It’s different than what normally plays here.”

Like the Dirty Kanza and Glass Blown Open, Bland said Halfway to Everywhere will bring a new international crowd to Emporia.

“[The festival] is going to bring in so many different people,” he said.

“If there’s one thing I learned from all of my art history courses at ESU — if you look back on the economies that were thriving in history — you’ll notice that their arts were flourishing, so I think if we really embellish the arts and support the arts here, the economy and the whole community will benefit from it.”

Vendor and sponsor applications can be found under the Halfway to Everywhere tab on the Kansas Free For Arts website, www.ksfreeforarts.org.

One way to support Halfway to Everywhere is by purchasing the VIP Package.

“If free is too cheap for you, you can spend $100, and it comes with parking next to the main stage, a catered dinner from Casa Ramos on the second floor of Twin Rivers Winery and a bag of sundry merchandise,” Osterhout said.

People are welcome to donate on the website, too.

“Part of our (Kansas Free for Arts) shtick is collaboration,” Osterhout said. “The organization is here to raise the bar for not just Emporia, but for the whole state.”

Kansas Free For Arts Board Member Emmy Edie said it is exciting to see the organization come so far.

“The festival has been a dream since they opened,” she said.

Kansas Free For Arts hosts free monthly concerts around Emporia. The first pick of festival bands were those bands who have played for Kansas Free For Arts’ concerts before. The second choices were bands with big enough names to draw people to Emporia.

“And, of course, I have to like them also,” Osterhout said.

After all of the hard work organizing the concerts, Osterhout said it is rewarding to be able to let loose and enjoy the show.

“Part of our (Kansas Free for Arts) shtick is collaboration. The organization is here to raise the bar for not just Emporia, but for the whole state.”