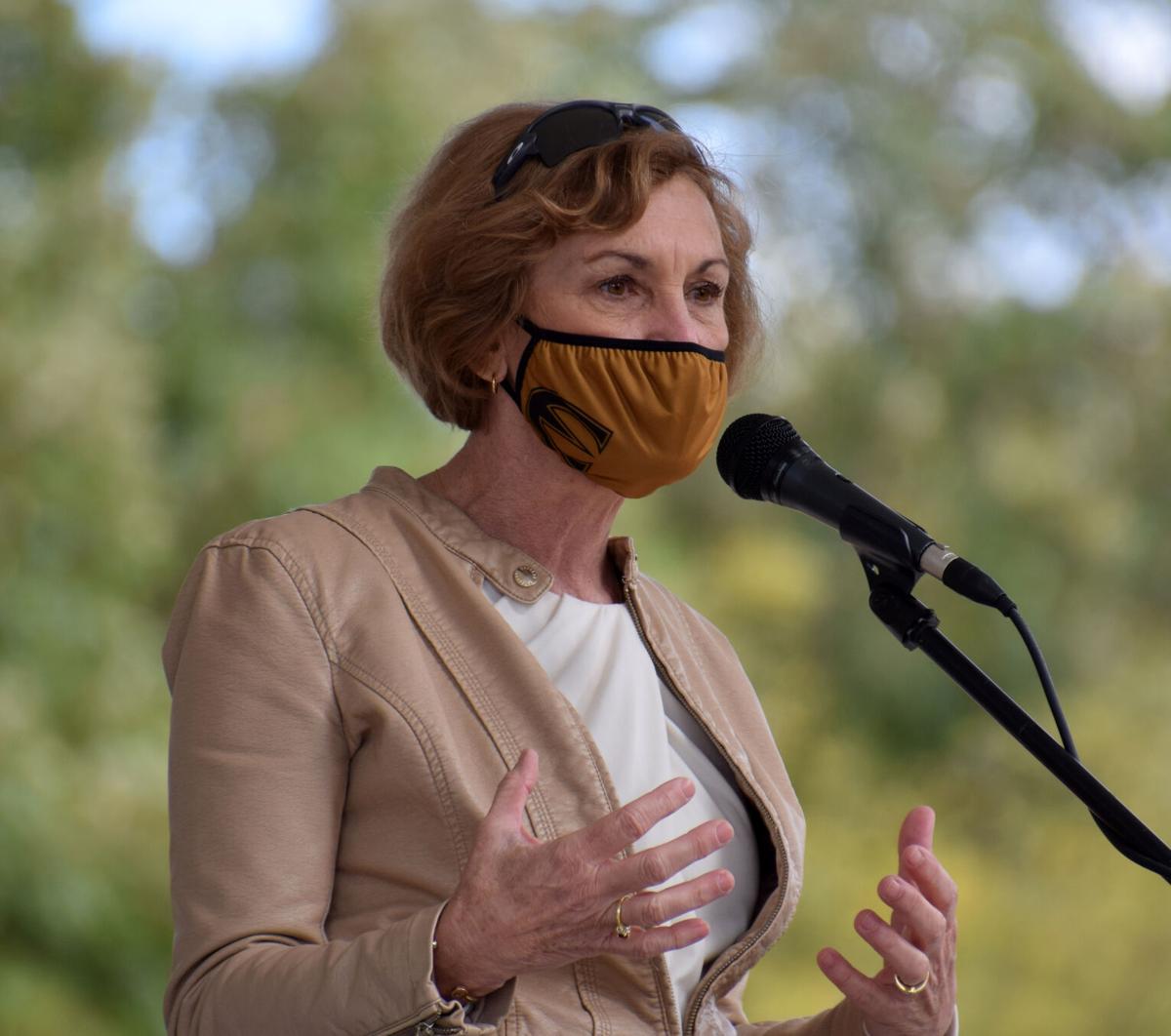 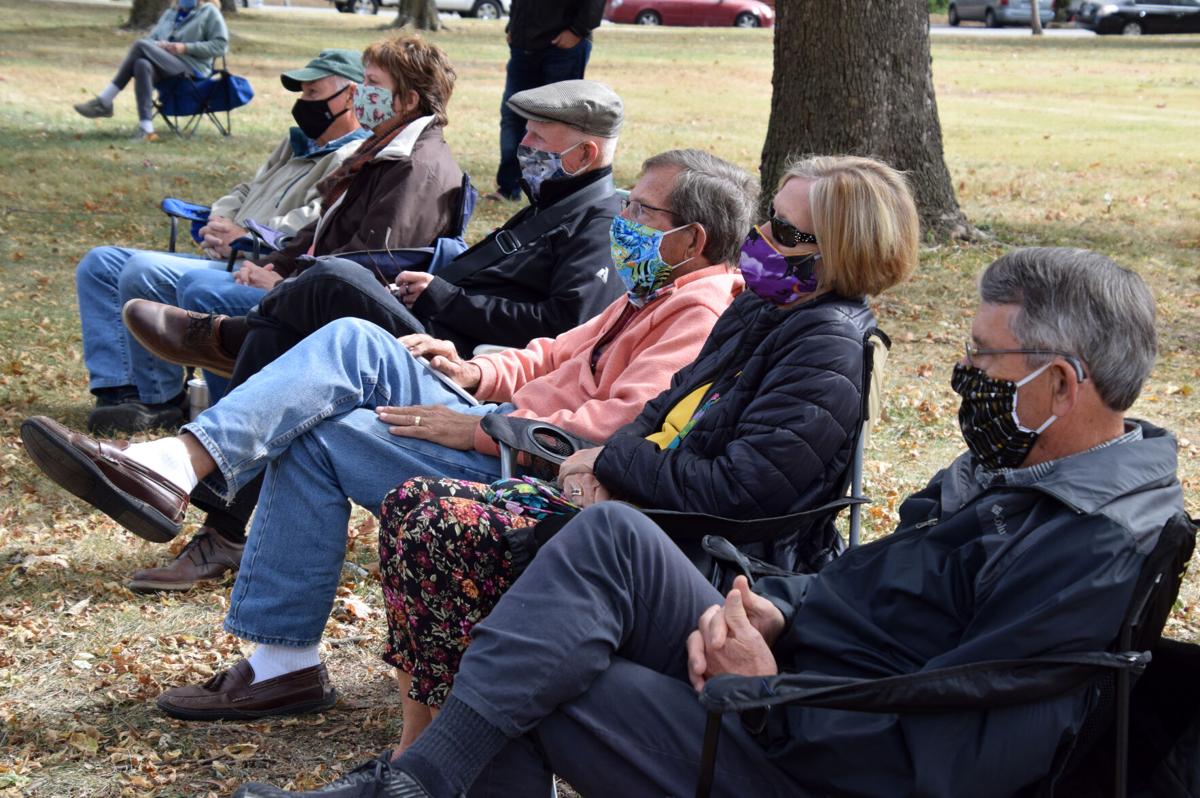 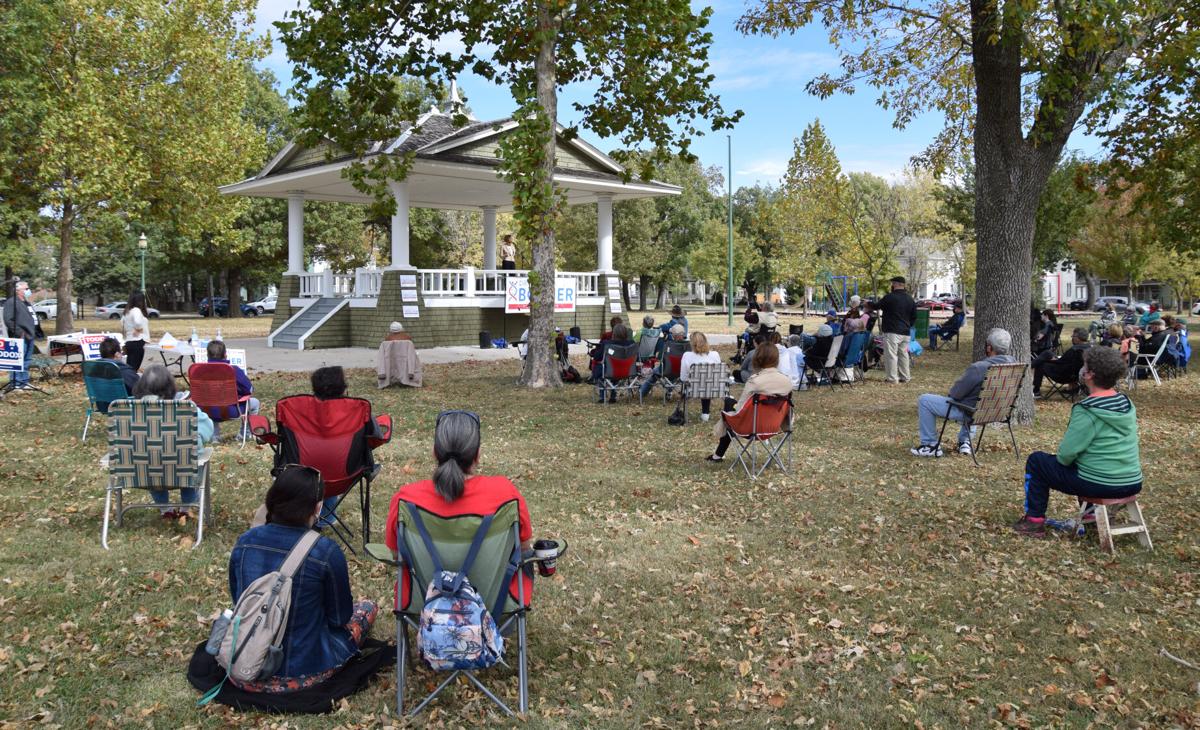 State Senator Barbara Bollier traveled to Emporia’s Fremont Park Friday afternoon to share policy and host a dialogue with local voters on some of the upcoming Nov. 3rd election’s most pressing issues.

A retired doctor with more than a decade of experience in the field, Bollier hopes to focus on health-based legislation if elected, having already pushed for state Medicaid expansion during her time in the statehouse.

“I’m going to be very clear,” Bollier said. “My job as a U.S. Senator from Kansas is to bring up what Kansans need and want. The number one issue I hear in this state is healthcare affordability and accessibility. I believe, from a democratic side, in supporting the Affordable Care Act, keeping private insurance in place and bringing forward a public option buy-in. Right now, we have an exchange and it’s not cheap enough.”

Bollier touched on her frustration with Marshall’s campaign, saying that she was not only concerned with the combative tone taken in many of his advertisements, but also the “misrepresentations” she believed were present on matters of healthcare and other topics.

“Roger Marshall said ‘no’ to negotiating pharmaceutical prices with drug companies,” Bollier said. “That is something that is so within our grasp and something every other country is able to do, and we need to do that. So, [for people] just voting down party lines, that’s what you’ll get. It’s hurting anybody who uses medication, which I think is probably going to be almost all of us at some point.”

Another pressing need Bollier heard during her travels was for continued funding of both K-12 and higher education in the state. During Friday’s event, she pledged to allocate the necessary funding for such areas, saying education was an avenue for improvement

“One of the things I’ve loved about being a Kansan is that we value education so deeply because that’s our path,” Bollier said. “That’s how we move forward. When I ultimately changed parties, part of it was because of this [effort] to restrain public education.”

In closing, Bollier promised she would value policy over party in Washington, just as she had strived to do during her time at the state level. Referencing her campaign signs — which feature a red and blue, double helix shape representing a relationship and necessary collaboration between republicans and democrats — she said she would have no problem working across party lines if it meant the betterment of her constituents.

“I’ve always been independent-minded,” Bollier said. “Anybody that’s worked with me will know that they might get frustrated because I’m about doing the right thing and always have been … When you distort and take everything out of context, you can make a person sound like anything, but I’m in the middle of the road [between parties]. I support education. I support equality. I support fiscal, sound budgets. I voted for balanced budgets … I’ve kept taxes low. What else can I say?”

Hollowhead, my health care insurance premium under Obamacare QUADRUPLED. Bollier is a left-wing bigot who knows about anything, but wants EVEN MORE money for the medical bureaucrats. When I go into my doctor's office there is the doctor and 6 people working at computers, so I am paying the doctor and 6 medi-crats to pay for my "medical" service. Bollier wants to force all Americans to get a vaccine whether they want it or not, and to even get a bottle of vitamins I will need to get permission from her medicrats. Obama-crats can declare new diseases whether they are real or not. She's a NAZI.

I smell a liar... Obamacare increased premiums for those making over 400% of the poverty level "almost 23% in a two-year span." If you're claiming yours QUADRUPLED, you're either making extremely good money or you're a liar.

If your premiums quadrupled, you should probably call FOX news and show them proof of your premiums before and after. If you were stupid enough to continue paying the QUADRUPLED rate you're claiming, and kept going to this fancy doctor office with 6 people handling your billing, I'd have to say that's your own fault.

I've also looked for proof of your claim that Bollier supports "forced immunizations" and needing permission to "even get a bottle of vitamins". This all seems to be made up. I'm willing to take a look at the proof though, if any exists.

"Obama-crats can declare new diseases whether they are real or not" I'm gonna need to see some proof of this, too.

"She's a NAZI." If you can prove at least one claim you've made here is actually true I will take what you say slightly more seriously, but until then you have about as much credibility as KB Thomas.

What the hell is crop and dairy socialism?

As a Democrat, I've been desperately disappointed in Barbara Bollier! The fact that she the Patriot Act -- a piece of incredibly significant and in many ways problematic legislation passed in response to the Sept. 11 attacks -- with trade legislation during a Zoom call with Kansas farmers recently really shockingly illustrated unprepared she is to become a United States Senator. She's even disappointing on what one might reasonably think would be her signature issue, healthcare. While she correctly diagnoses Kansans concerns affordability and accessibility (which is directly impacted by affordability), her proposed solution actually adds bloat and wasteful inefficiency to a system that already wastes $500 billion a year and would actually increase its cost. Marshall doesn't have the solution but at least he isn't proposing to make the system worse! Bollier's highly privileged background may make her the candidate of choice for the Emily's List elite, but she's not at all representative of Kansans and she's demonstrated that she can't represent us. Four years ago I would never have imagined I would be voting for Marshall for U.S. Senate, but I will be. The Kansas Democratic Party really let all Kansans down with this choice.

You write as if the location of the deck chairs on the Titanic is important. Marshall with his pointless platitudes will just speed up the sinking.

I'm afraid that's where you're wrong, Hollowed Ground. Marshall's proposal is most certainly the slowly sinking ship. But Bollier's proposal is akin to building a superstructure on top of it, and that will only make it sink faster -- the very last thing Kansans need in the middle of a pandemic. I understand that Bollier is an anesthesiologist who has not practices for awhile and is perhaps not overly familiar with the complexities that are creating such massive waste and inefficiency in the existing system. But she should be considering the views of Physicians for a National Healthcare Program as opposed to those whose aim is to personally profit at the expense of American patients and taxpayers. It's just more evidence of her poor judgment -- and this in the one and only area where she might have some expertise.

CDS: My apologies for my own misspellings in my initial response. As to your large point about the qualifications of the candidates, keep in mind that Dr. Marshall not only vigorously touted the use of hydroxychloroquine to treat Covid-19 but prescribed that controlled medication to himself as a prophylactic in lockstep with the President while Dr. Bollier, along with the majority of the medical establishment, advocated for therapeutics which had gone through established clinic trials including the use of double-blind controlled studies and subsequent peer review. While this isn't an election to the position of surgeon general, Dr. Bollier's approach is far more likely to result in saving more American lives and the ending the pandemic sooner (which is biggest drag on the economy) than Dr. Marshall's continual promotion of miracle cures and unproven vaccines.

CSD: I believe you inadvertently left out a word in your second sentence. Thus, the reader doesn't know whether your believe Dr. Bollier supports or opposes the Patriot Act.