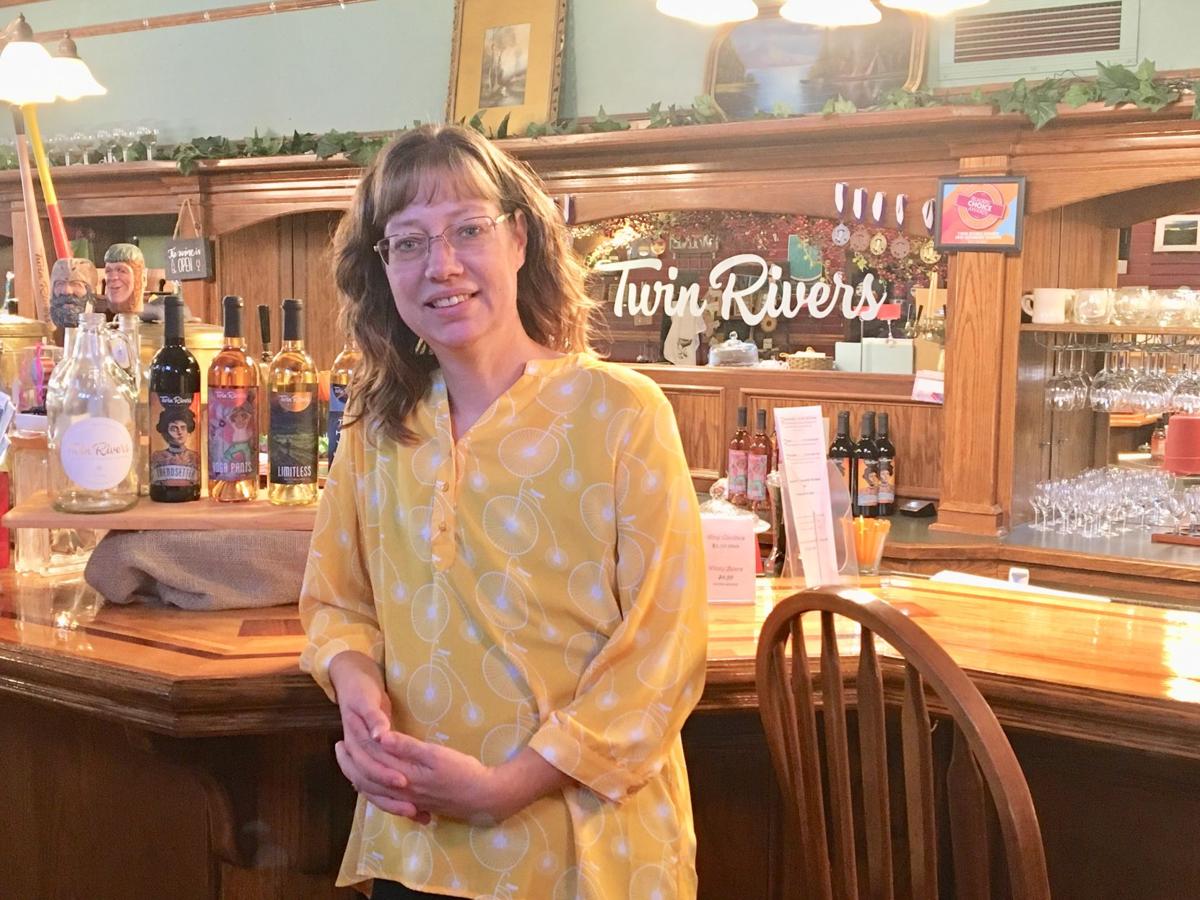 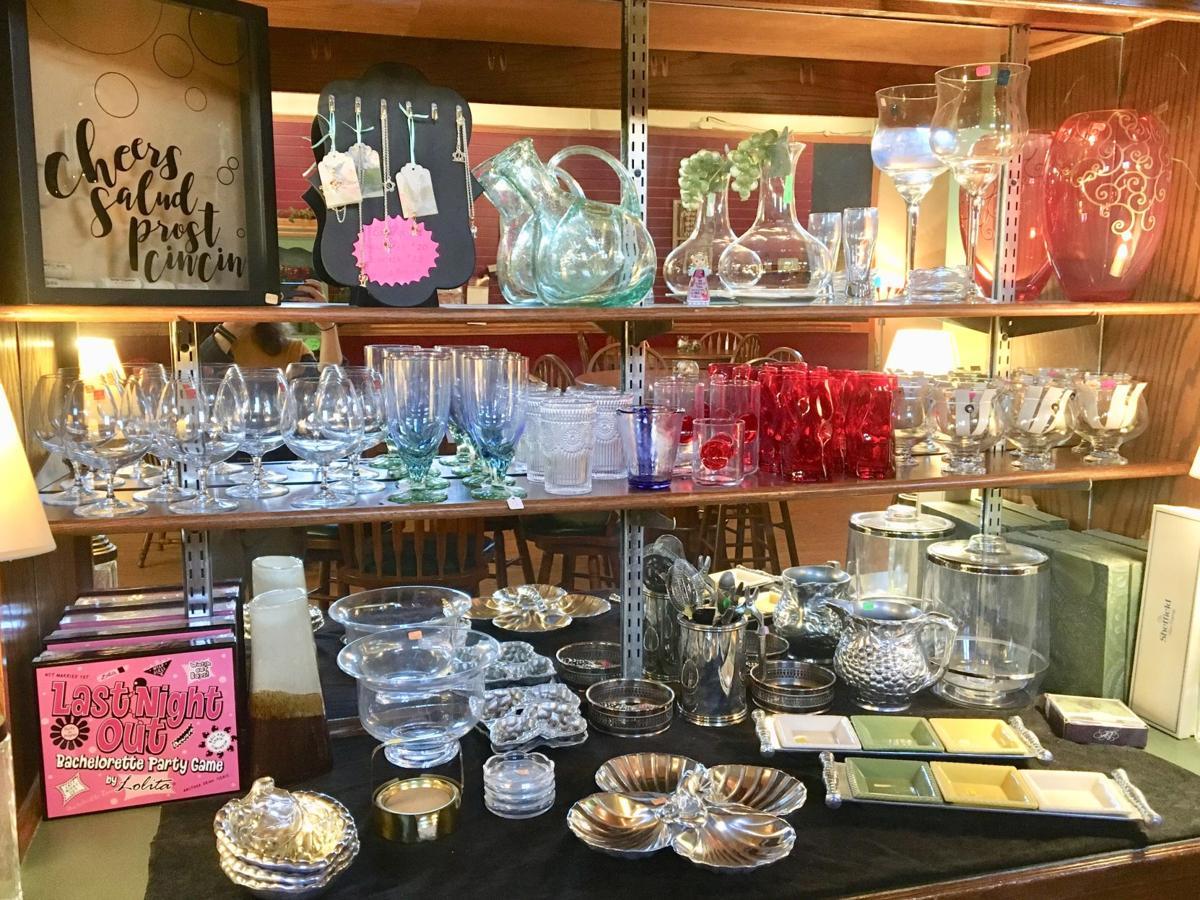 Linzi Garcia/Gazette In addition to wine, Twin Rivers offers an assortment of gifts and kitchen accessories. 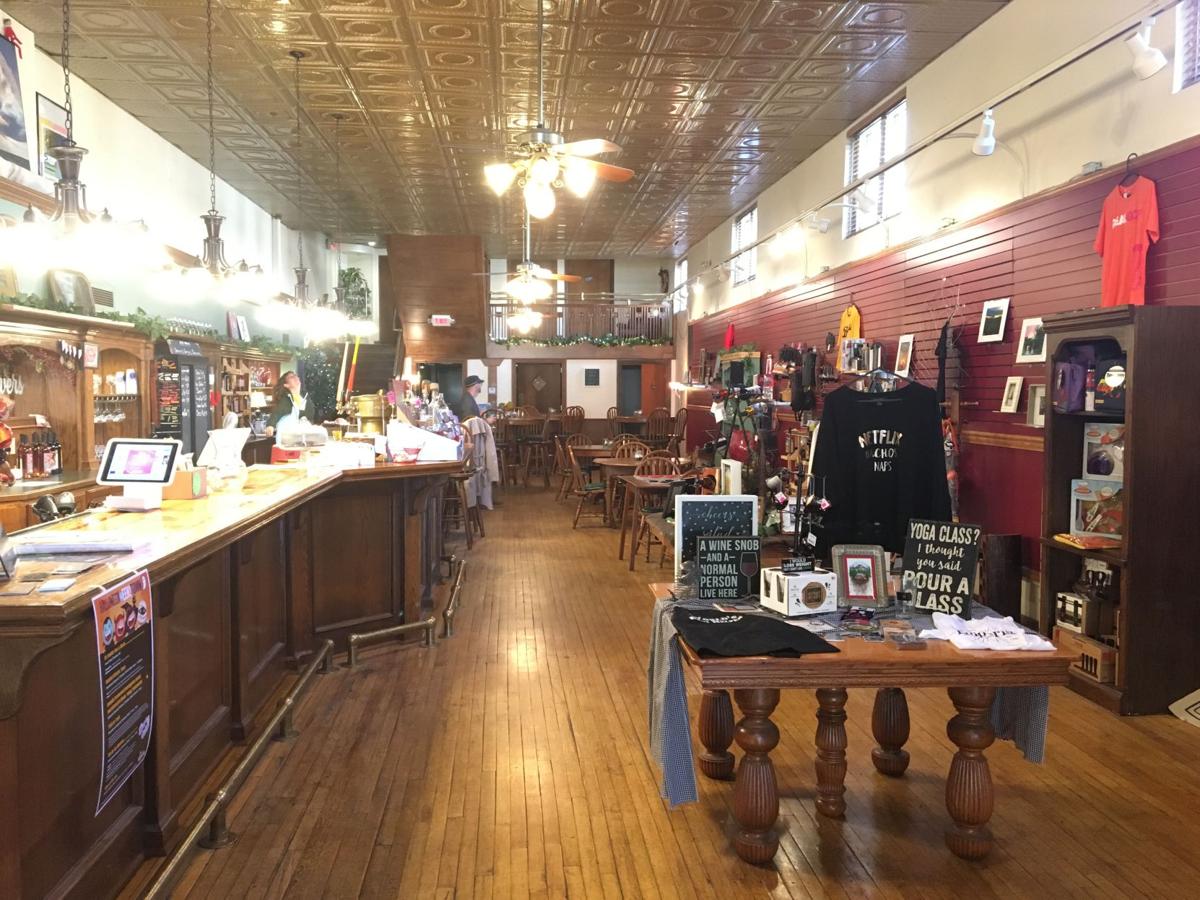 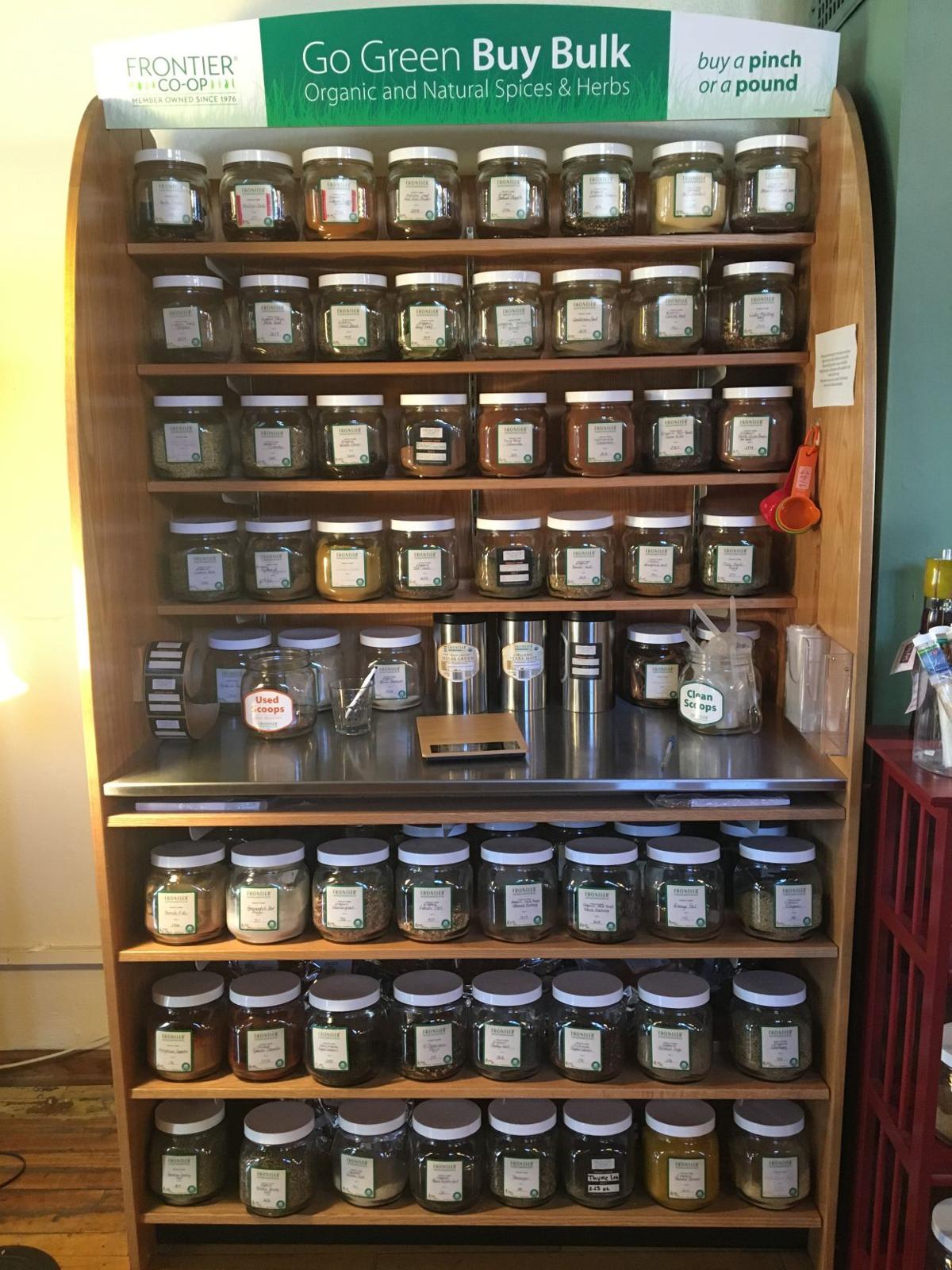 Linzi Garcia/Gazette In addition to wine, Twin Rivers offers an assortment of gifts and kitchen accessories.

Self-described on its website as “genuinely unpretentious” and a service dedicated to “crafting enjoyment for you out of pure sunshine” is as good as it gets for an authentically good time in Emporia.

This is what Becky Smith, co-owner of Twin Rivers Winery and Gourmet Shoppe, offers to the community every day.

Twin Rivers, 627 Commercial St., opened just shy of four years ago to bring a taste of wine culture to Emporia. Smith refers to the 105-year-old building as “she,” displaying a close relationship between her and the Twin Rivers space. The building originally housed a JC Penny, followed by various department stores, a mattress store and a fabric store. The ceiling is a replica of the original. Smith is happy to bring Twin Rivers there now and has no intention of slowing down business.

As an eighth-generation Emporian, Smith has dedicated her career to bettering downtown Emporia. She managed Town Crier bookstore for 20 years, and when it became too much to fight business with the Internet, she told her crew, “we either need to sell alcohol or we need to sell ice cream, because those are usually the two things you don’t purchase online.”

At that point, Smith’s friends Justin and Melissa Ogleby, Casey Woods and Smith’s husband, Smitty, all partnered together to start something new — a winery. Justin was interested in making wine, Melissa was to do the taxing and licensing for the business, Woods supported Smith’s pursuit, Smith’s husband wanted to make cider and Smith’s retail experience filled the other gaps.

The wine is made in small batches by hand in the Twin Rivers basement. Justin’s parents own a vineyard north of Emporia, from which Twin Rivers gets its grapes.

Like each wine, each label is Emporia-inspired and designed by local artists. Prior to prohibition, Kansas produced the second-most grapes, following California. Today, there are many vineyards and wineries across Kansas, though Twin Rivers is the only winery in Emporia since prohibition.

“We are the first winery since prohibition to be in Emporia, so we really weren’t sure how this was going to go,” Smith said.

She knew there was a community interest in wine, but also knew in order to keep the business thriving, the retail of “fine cheeses, oils and vinegars, dips and sauces, bulk spices and many other culinary delights,” according to its website, were necessary inclusions. Twin Rivers also offers snarky and cute gifts, homebrew and winemaking supplies and kits, as well as an assortment of kitchen accessories.

“I’ve learned a lot through this,” Smith said. “I had made a tiny bit of wine before we started this, but I have learned that it truly takes a talent and you really learn to enjoy a good glass of wine. There are $100 and $1 crappy wines, and $100 and $1 good wines … You can tell somebody who has the talent and somebody who does not have the talent. You learn to appreciate their talent.”

Smith is drawn to each Twin Rivers wine under different moods.

“If I want something bold, and I’m feeling really kind of out there, then Maud, because she is a bold chambourcin blend, but if I’m pretty mellow and just want something for the weekend, then I go for our Prairie Sky,” she said.

Smith’s husband has also been experimenting with ciders over the years. He is currently working on cherry, cranberry and caramel apple ciders for the quickly-cooling season.

“People have been very supportive of hanging in there with us until we have new stuff,” Smith said, also commenting on how ciders take a shorter amount of time than wines to make. On average, ciders can be made within four weeks. Twin Rivers also offers handmade wine and sangria slushies.

Smith admits to not drinking her own wines at home, because of her passion for other Kansas wines. Her go-to is Grace Hill, made near Wichita.

Twin Rivers is currently undergoing the process of obtaining a liquor license, which will allow for “more fun cocktails,” Smith said. It would also offer a cash bar for events.

Smith also has rich experience in event planning. For a handful of years, during which Smith was transitioning from the bookstore to the winery, Smith also worked as the Emporia Main Street Event Coordinator, after being on the promotions committee for 15 years. When opening the winery, she realized her focus must be allocated to the winery (though Smith has remained active on the City Commission). Smith has applied her event planning expertise to hosting her own Twin Rivers events and to welcoming other private events and fundraisers.

“Those are centered around giving back to the community,” she said.

One of her favorite things about Twin Rivers is seeing the same families come back to visit and celebrate events year after year. One couple celebrated its engagement, pregnancy and child’s first birthday at Twin Rivers.

Every second Thursday of the month is Wine-O, a wine-oriented version of Bingo. Upcoming events later this month include Essential Oils and Jewelry for Sweater Weather with Mi’Chielle Cooper at 5 p.m. Thursday. At 6 p.m. Oct. 24 is Spooky Trivia Night, a No Coast Film Festival fundraiser. At 6 p.m. Oct. 30, Stephanie Achille will lead a Halloween Pumpkin pARTy canvas painting event. Stay connected on Twin Rivers’ Facebook page for more details.

The future of Twin Rivers is one of growth and even more community connection.

“You don’t want to grow too fast,” Smith said about business. “You want to keep your feet on the ground, expand a little bit every time and probably just get a little bit bigger each year, be able to offer more.”

She also said the retail is tweaked every year to better accommodate the tastes of clientele.

Smith extends her thanks to Emporians, “for their support of another new business four years ago and the way Emporia gets behind all the businesses downtown.”

Being a mother of two and raising her family and her business in Emporia, Smith said she is “always hoping to make Emporia great for the future generations.”