Sign Up
Log In
Purchase a Subscription
You are the owner of this article.
Edit Article Add New Article
You have permission to edit this article.
Edit
Home
News
Sports
Obituaries
Opinion
Area News
Print Edition
Magazines
Covid19
Classifieds
Subscribe
1 of 12 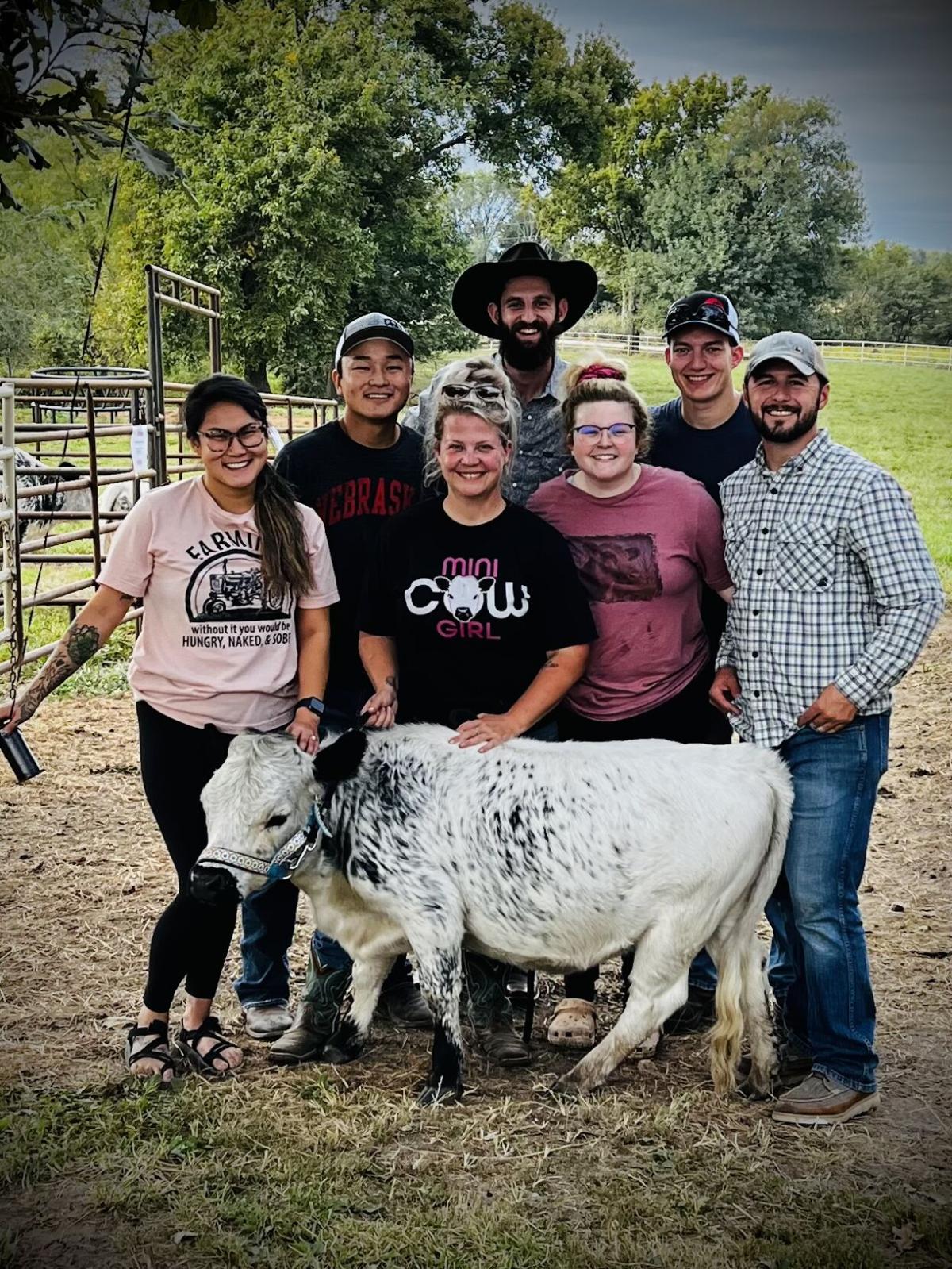 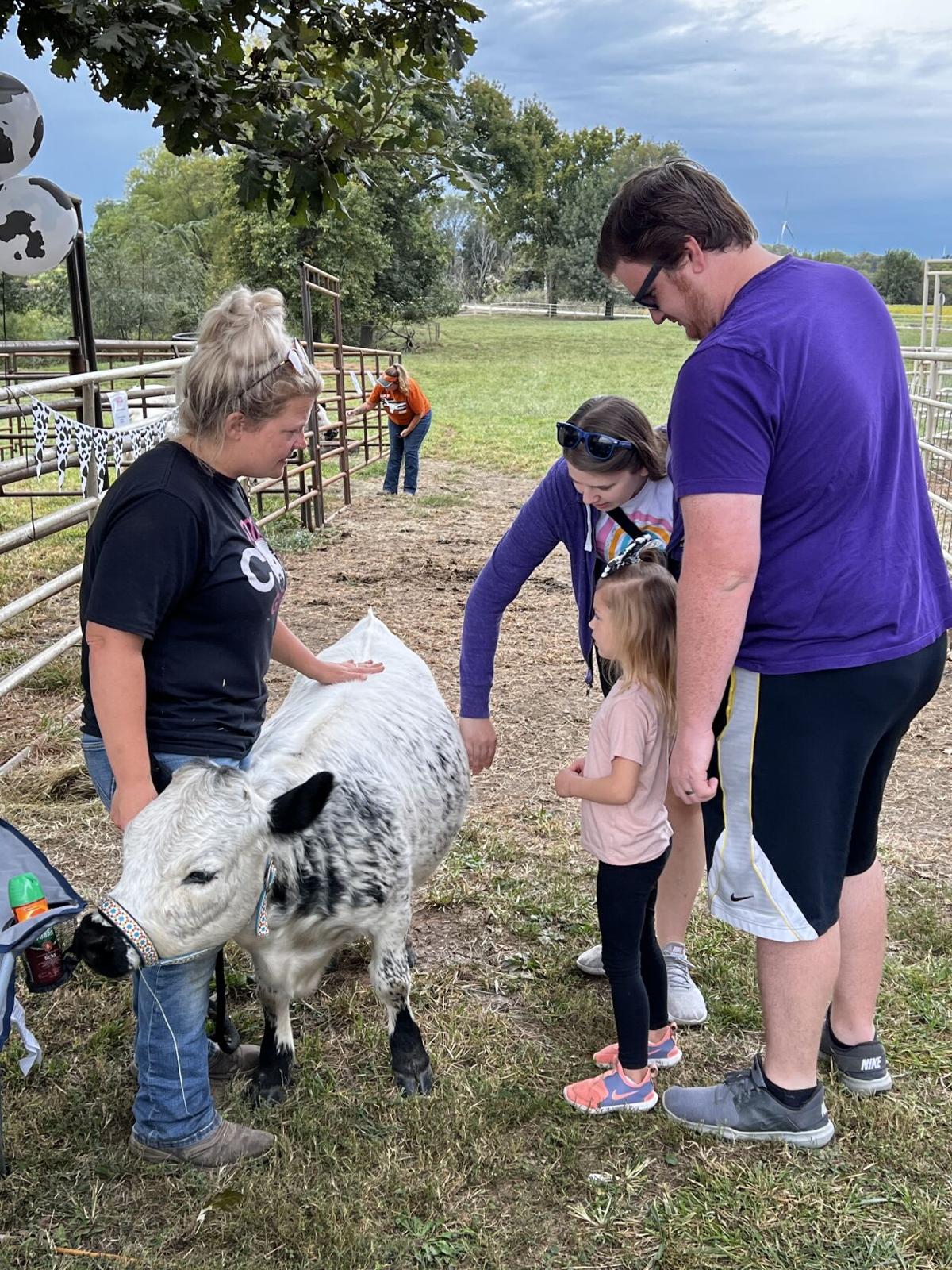 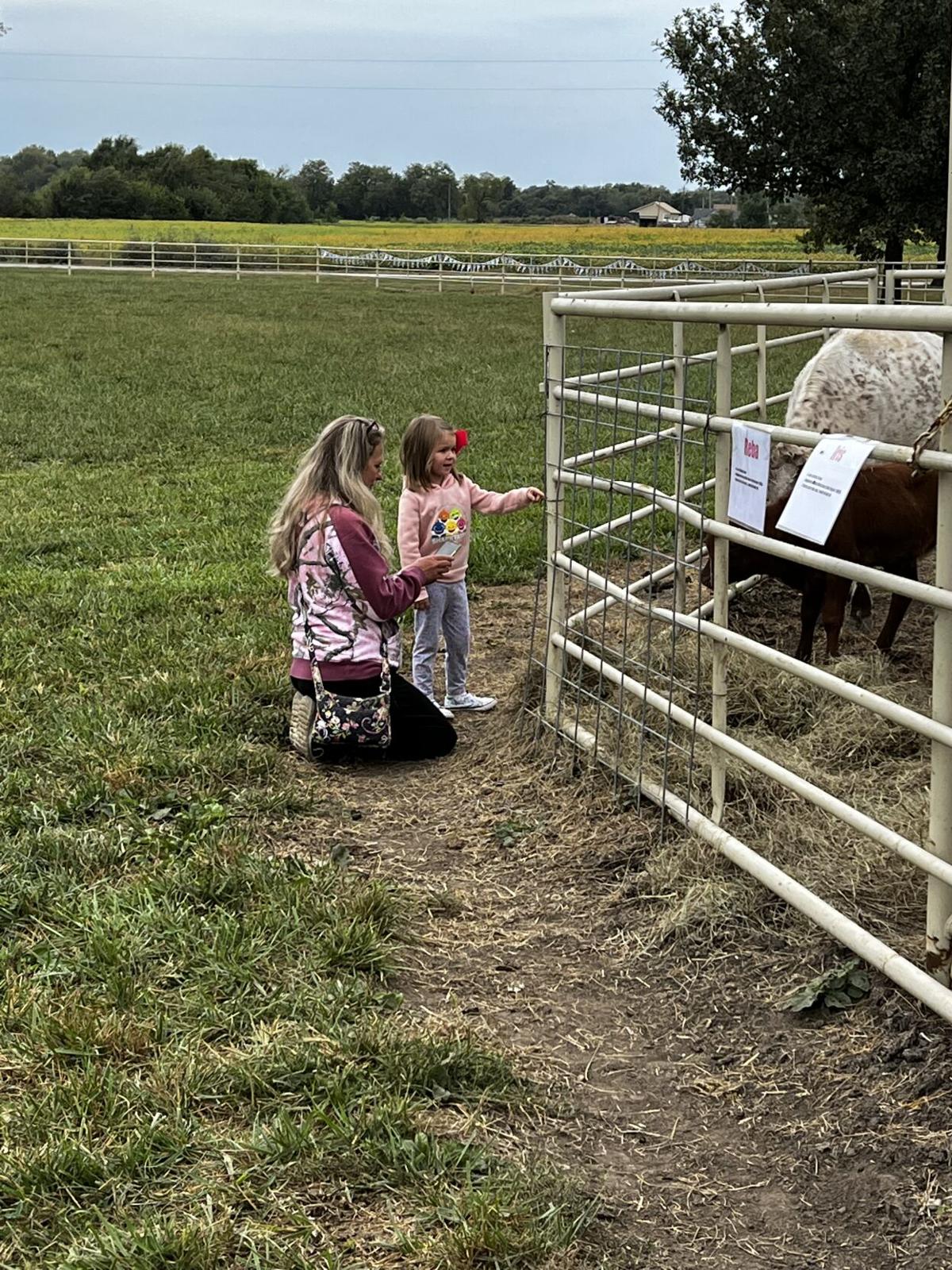 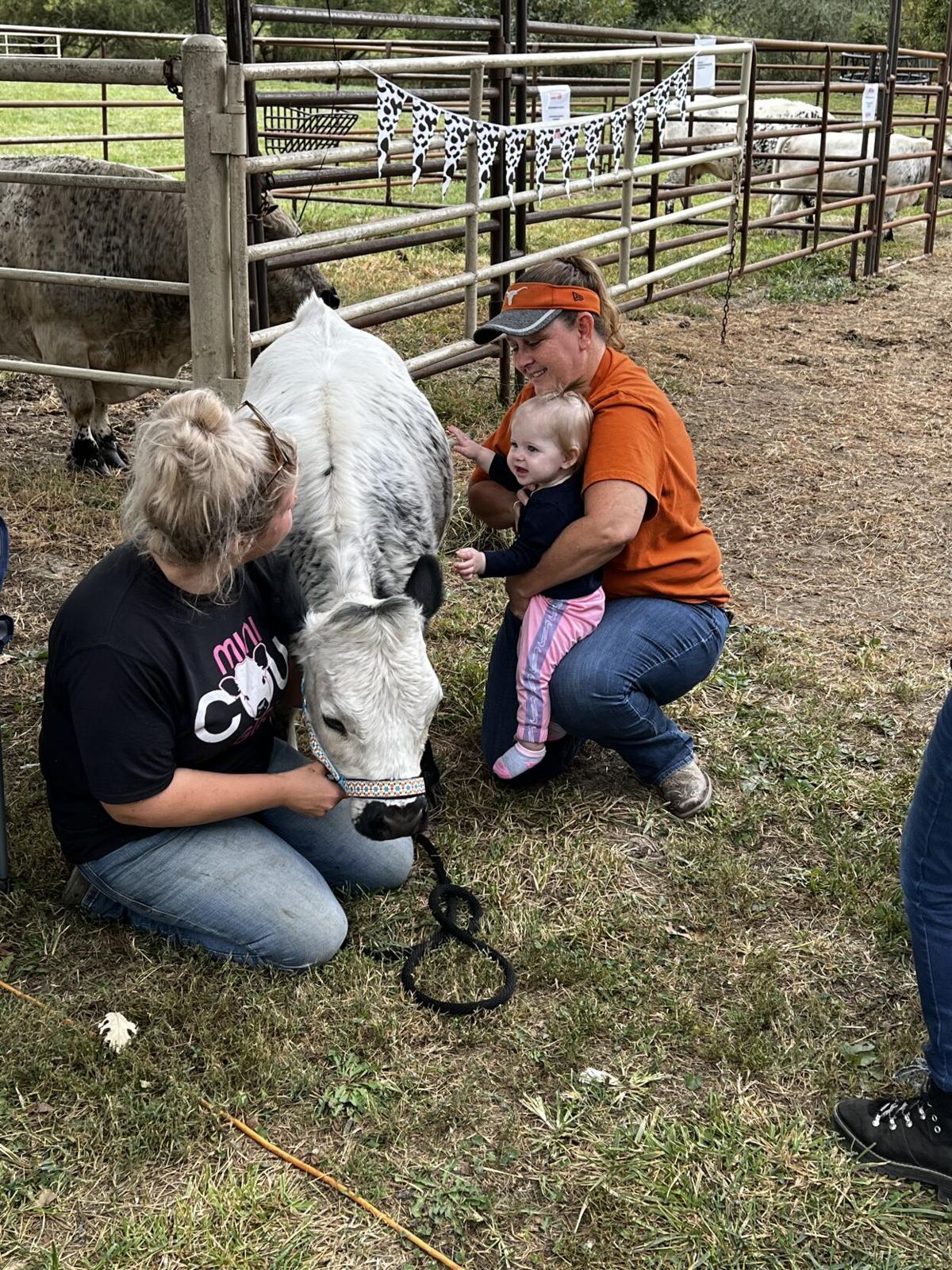 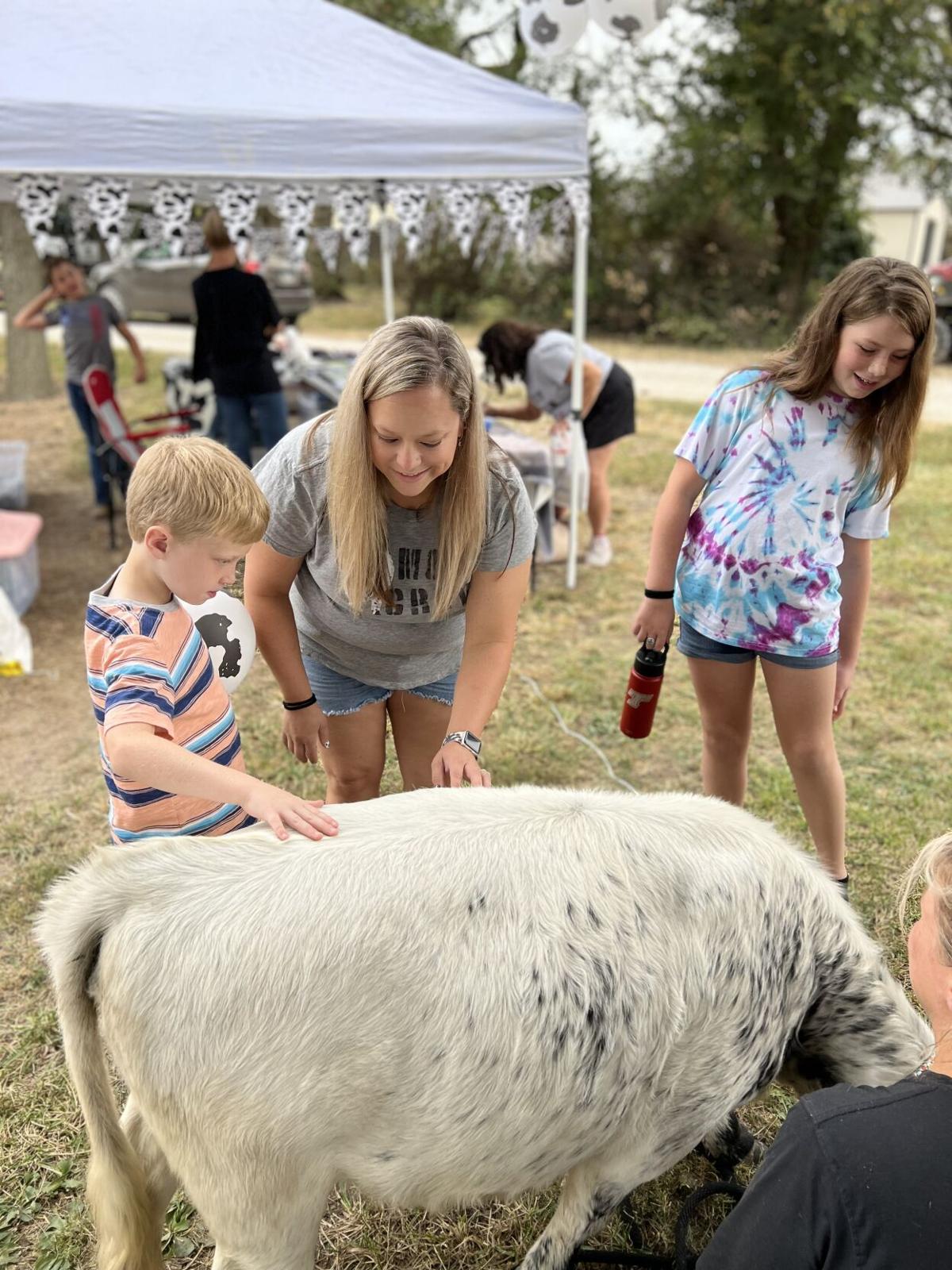 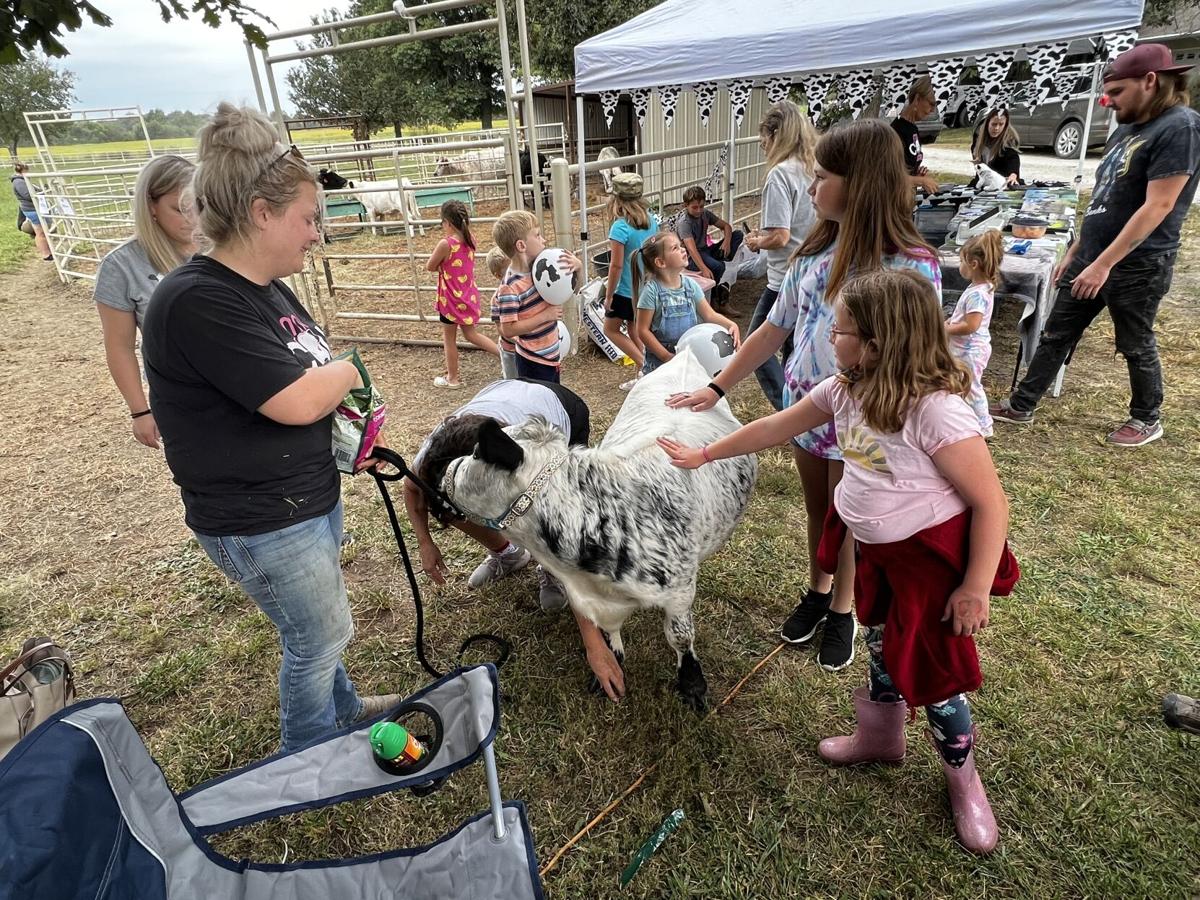 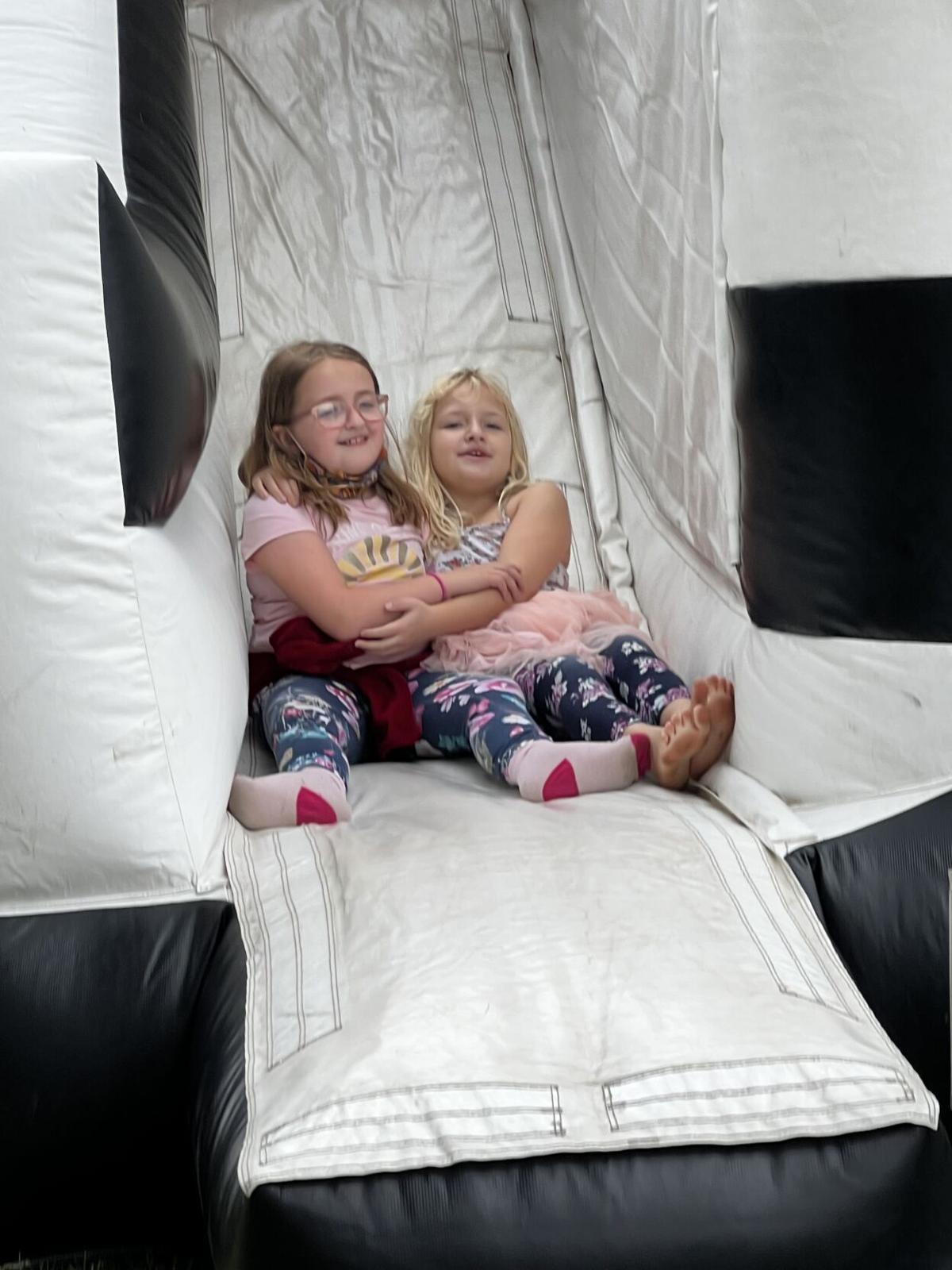 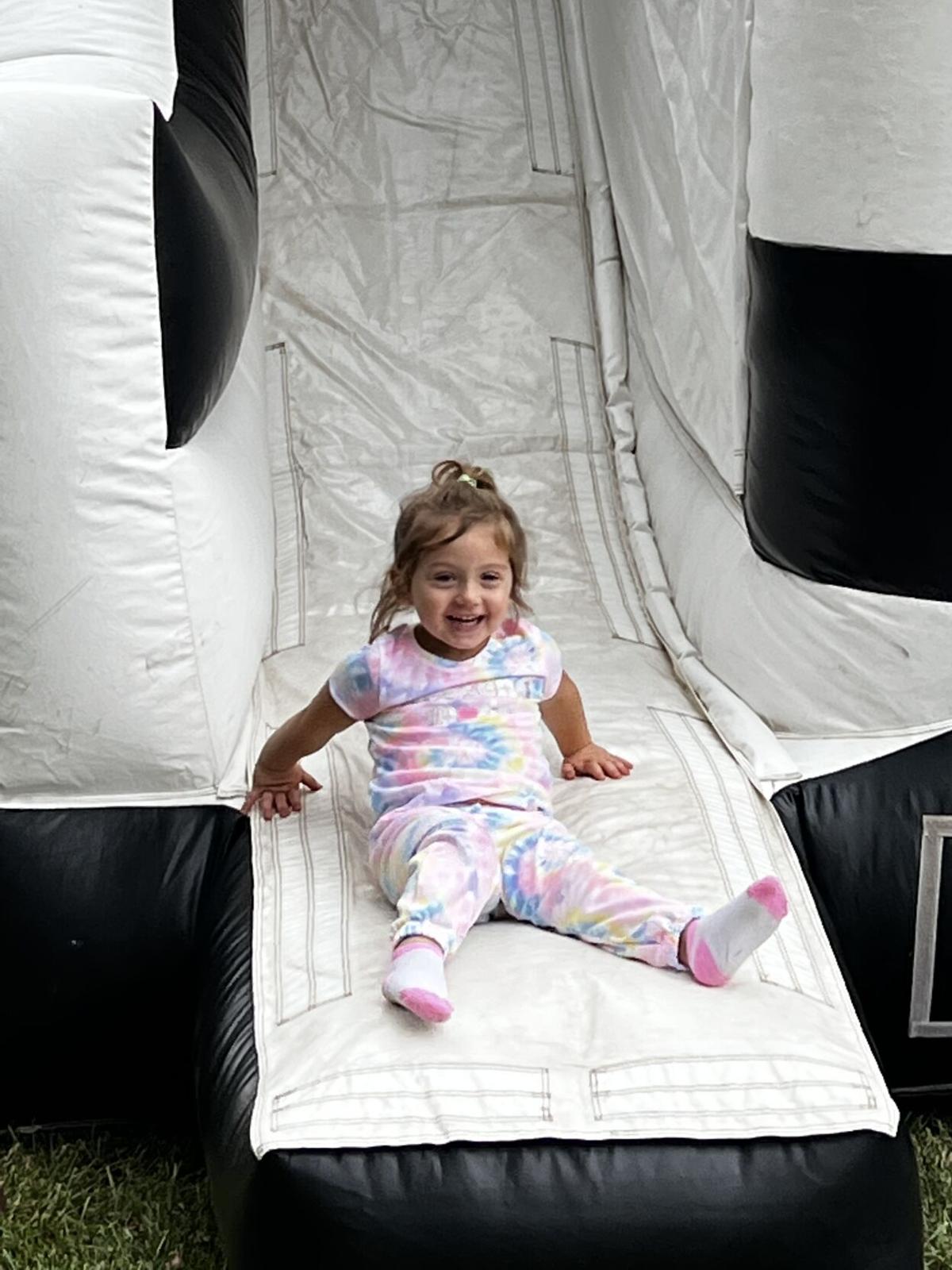 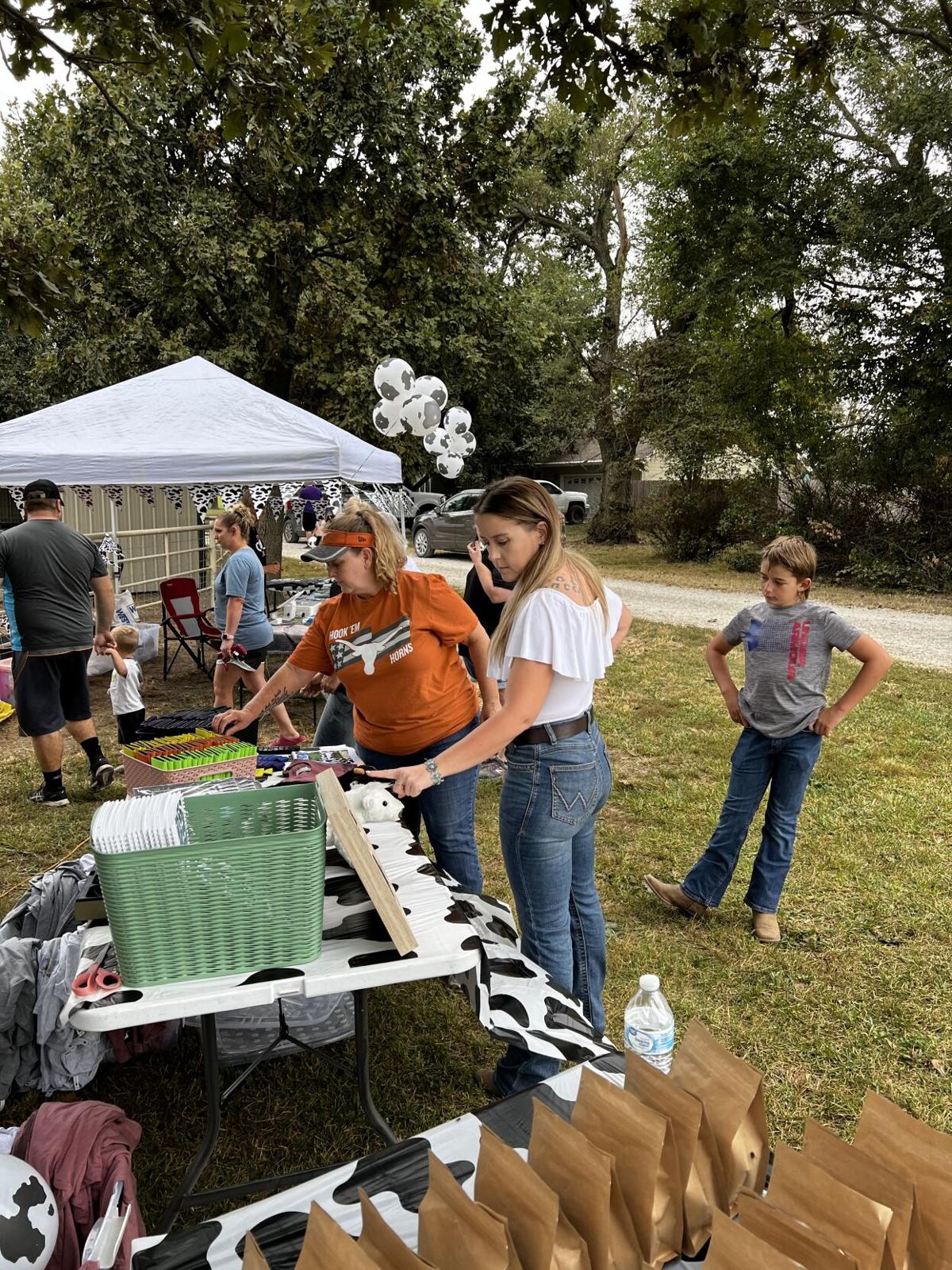 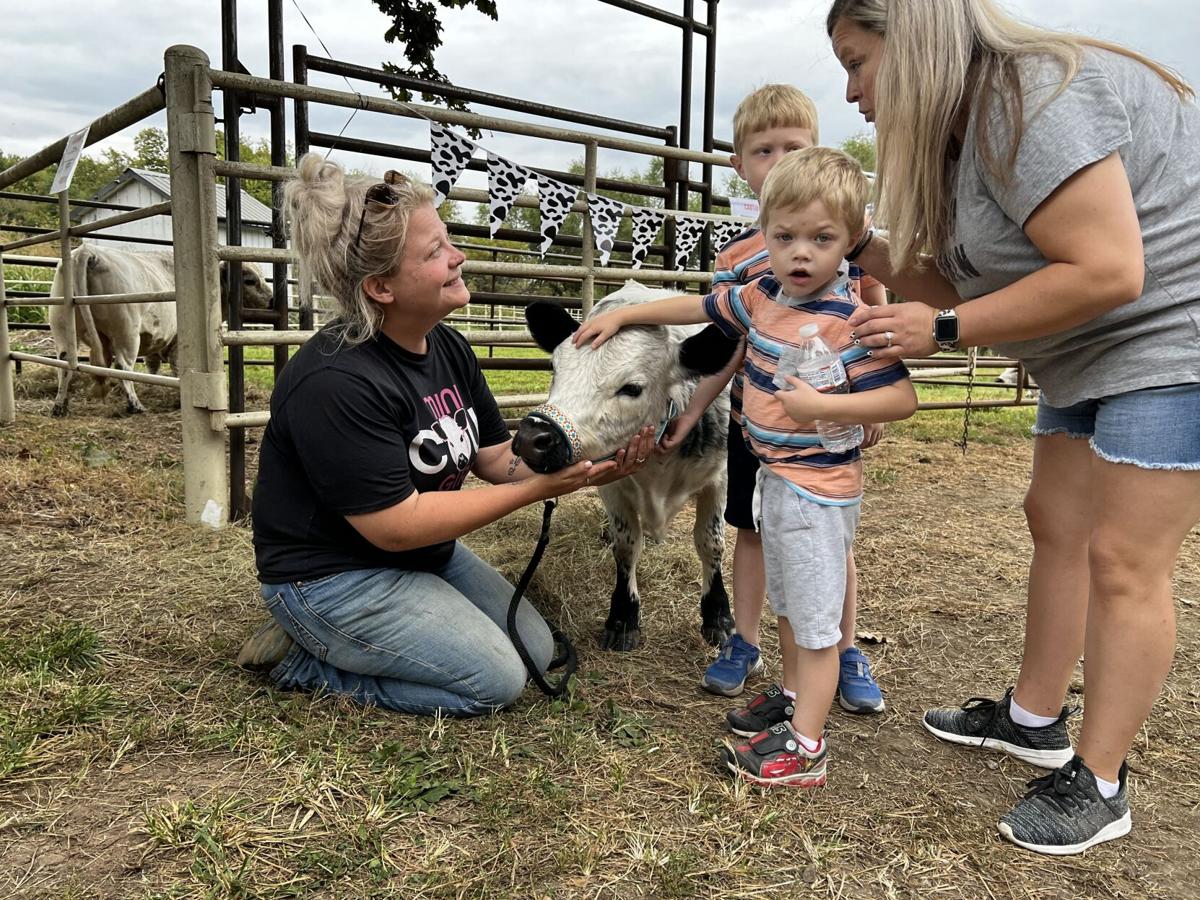 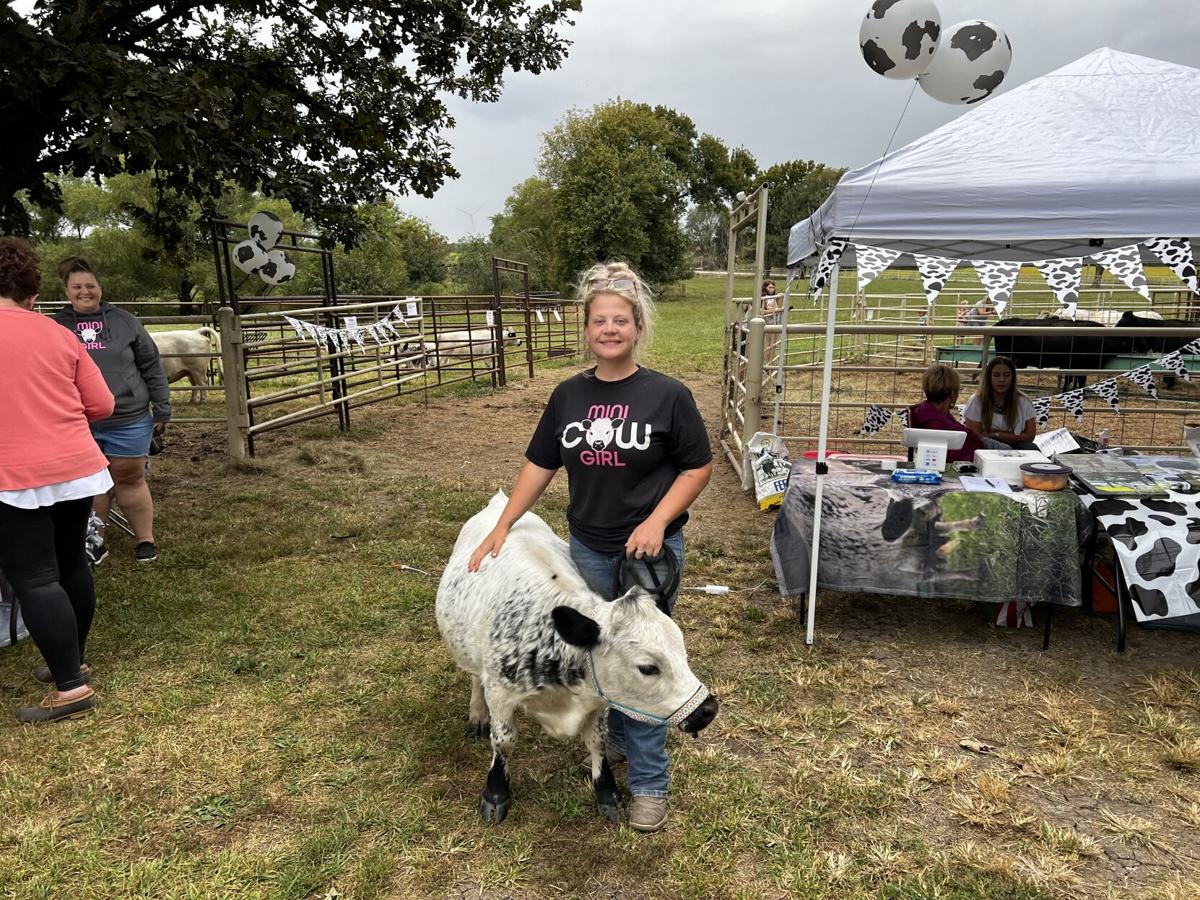 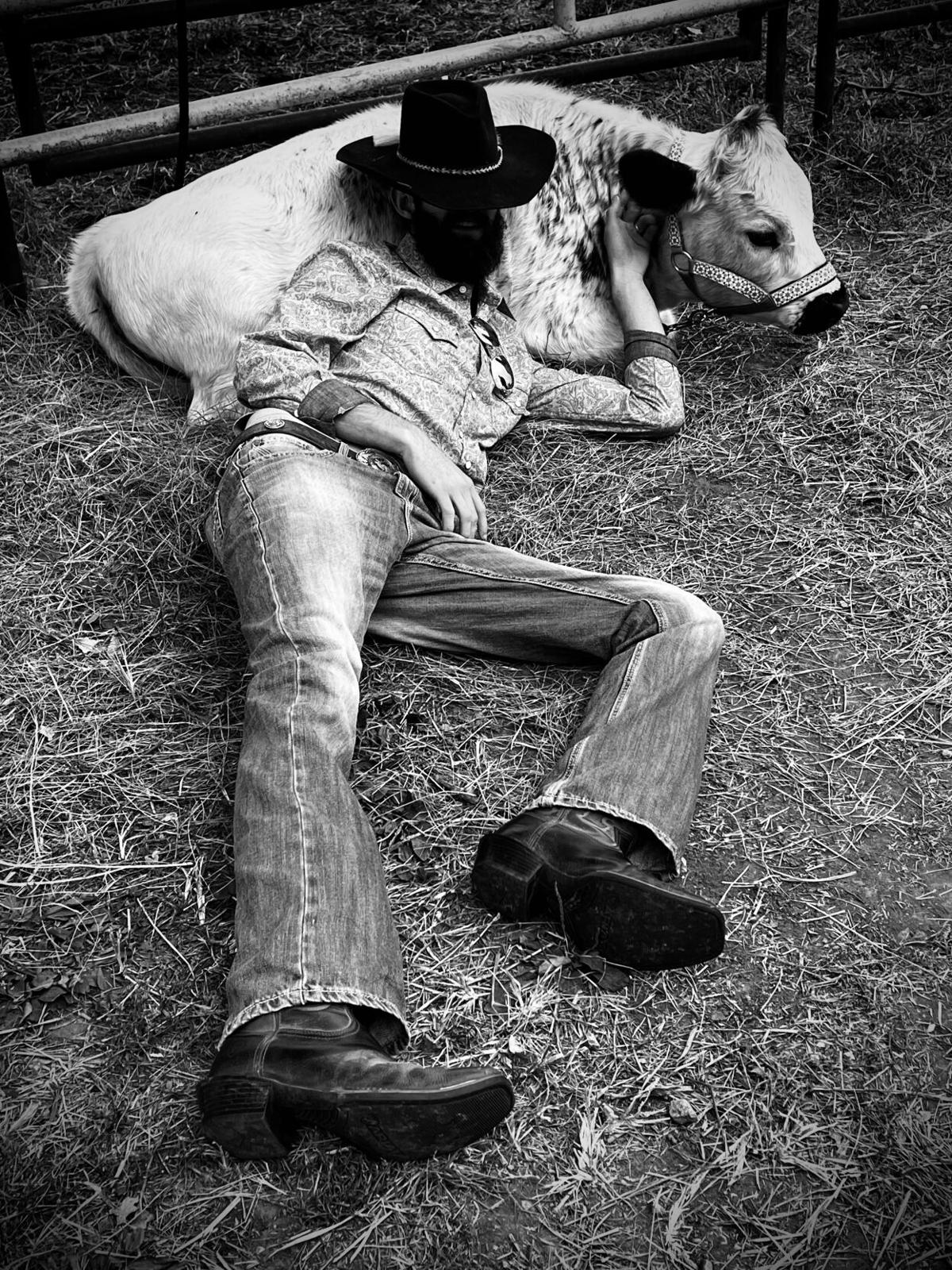 Owner Kinsey Jones said she had a steady crowd for several hours before the rain really starting coming down. Even then, people still showed up to see one of Lyon County’s — and TikTok’s — most popular farming and ranching celebrities.

And, of course, some miniature cows.

Half-Pint Hooves is the home to Jones’ growing herd of white Dexter cattle, which she started breeding a few years ago. Jones is also an experienced cattle rancher with a herd of regular-sized beef cattle.

During statewide quarantines last year, Jones started making videos on TikTok with some of her new calves. Then, she lost one of her beloved cows, Luna, following the birth of Luna’s calf Lilly. Jones raised Lilly in her home and captured it all on social media.

“I was kind of a few months into TikTok — I had around 300,000 followers — and really since then I’ve just boomed,” Jones said. “Lilly, who is now the face of @MiniCowGirl, which is my TikTok. She basically grew up like a dog and she still pretty much thinks she’s a dog. She loves to be the center of the spotlight.”

Today, Jones has more than 860,000 followers on the video sharing platform and has earned several sponsorships from national companies. On Saturday she invited several other farming and ranching TikTokers to come out for the event, including Lacie Evans (@laciemevans_), Tyler Froberg ( @farmer.froberg), Huey Boelen (@hueybcool) and Annie Boelen (@anniebcool), Noah Young (@theshilohfarm) and @korean.kornfarmer.

She and the rest of the TikTokers get along well, she said.

“Lacie and I, we have inflatable cow costumes,” she said. “We do some quality content on there and we also do a lot of education. I love being an advocate for children in ag and even adults in ag, because honestly when I first started, I was amazed at how many people did not know about farming and ranching.”

That’s why Jones opens up her farm to the public, too. It helps education people about what she does every day as well as show them how small her Dexters really are. Especially Hickory, her 700-pound bull.

“There’s been several people that look at Hickory and think he’s a 2,000-pound mammoth when, really, he’s only 36-inches tall,” she said. “It’s just the perspective. With it just being me here mainly, I’m the one behind the camera, so I can’t be out with them as much and they can’t see the actual size of them. Lilly is a year and three months and she doesn’t even come up to my hips and I’m 5’3”.”

Jones’ herd has grown over the last year as well. While she only had two cows give birth last year, this year she’s had five. In 2022, she will have six calves.

“My newest addition is Dora who come to find out through registration numbers is actually Lilly’s aunt,” Jones said. “She’s Luna’s sister — she came back to the farm. It was a really emotional pick up once I found that out. It’s kind of like having a part of Luna back.”

Jones said it’s been fun watching the community grow. She enjoys teaching people about and advocating for the ranching industry through her videos. She said it’s been a lot to get used to gaining so much attention just for raising miniature cows.

“Some days it’s stressful and I wish I never would have opened the app, but 99% of the time I am just so thinking for everything,” Jones said. “Honestly, it’s been amazing.”

Links to all of Jones’ social media pages can be found online at https://beacons.page/mini.cow.girl.

Will this Mini Cow be Slaughtered?

I encourage you to check out my platforms to see my operation. But the short answer is no