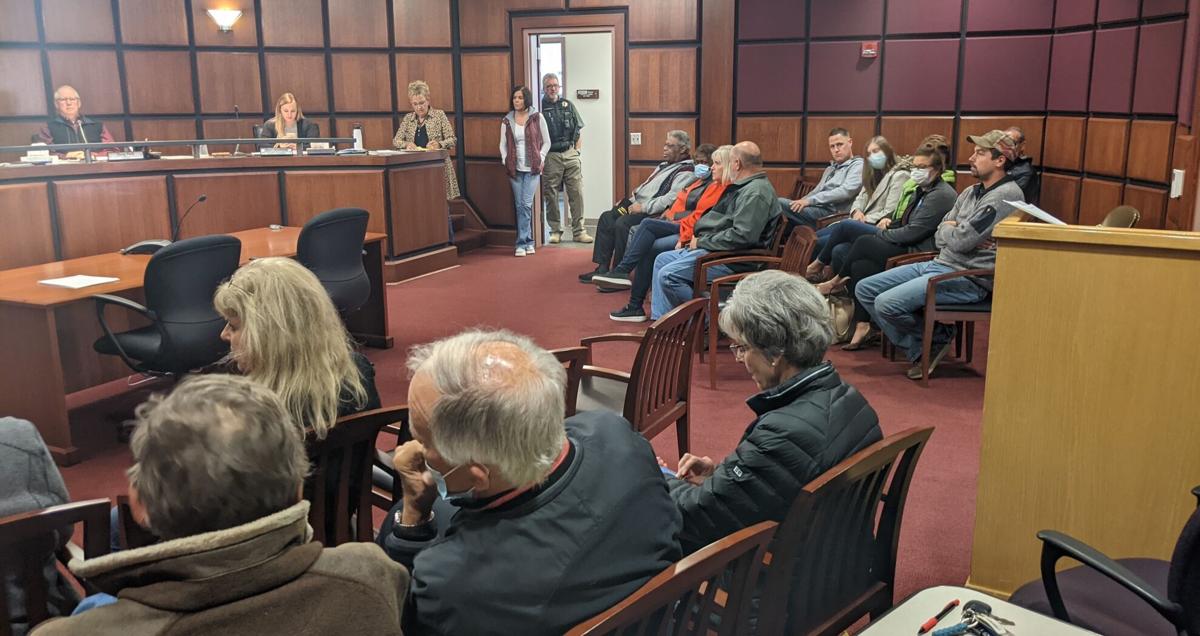 A large crowd showed up at the Lyon County Commission Chambers to hear the results of the recount in the USD 251 District 1 Position 4 recount race Friday afternoon.

A large crowd showed up at the Lyon County Commission Chambers to hear the results of the recount in the USD 251 District 1 Position 4 recount race Friday afternoon.

Perry Petersen has won a seat on the USD 251 North Lyon County Board of Education after recounts held in Lyon and Osage counties this week.

The Lyon County Commission certified Petersen’s 133-132 defeat of incumbent Tammie Reed for the District 1 Position 4 seat Friday afternoon with Osage County completing its recount and delivering the result earlier in the day.

“The results of the recount in Osage County did not change,” said Lyon County Clerk and Elections Officer Tammy Vopat.

“Those are the final numbers that have been canvassed, recounted and certified,” Vopat said.

On election night, Petersen unofficially led 125-123 in Lyon County. Lyon County Deputy Clerk Amie Jackson reported Wednesday that two provisional ballots and one hand-counted ballot were added to the total to make the margin 127-124 in favor of Petersen.

After Lyon County and Osage counties canvassed their initial results earlier in the week, Reed submitted the required documents for a recount due to the close margin.

Vopat said she was grateful to everyone involved in this year’s elections and recounts for making the process go smoothly.

“I cannot say it enough, I work with a lot of excellent people that our county should be really darn proud of because we do hard work,” she said. “It’s not an easy job and I’m just really proud.”

Not funny, Aim. Cut it out.

I expect Ms. Reed has contacted Mr. Peterson and offered her congratulations and her intent for a smooth transition of this seat.