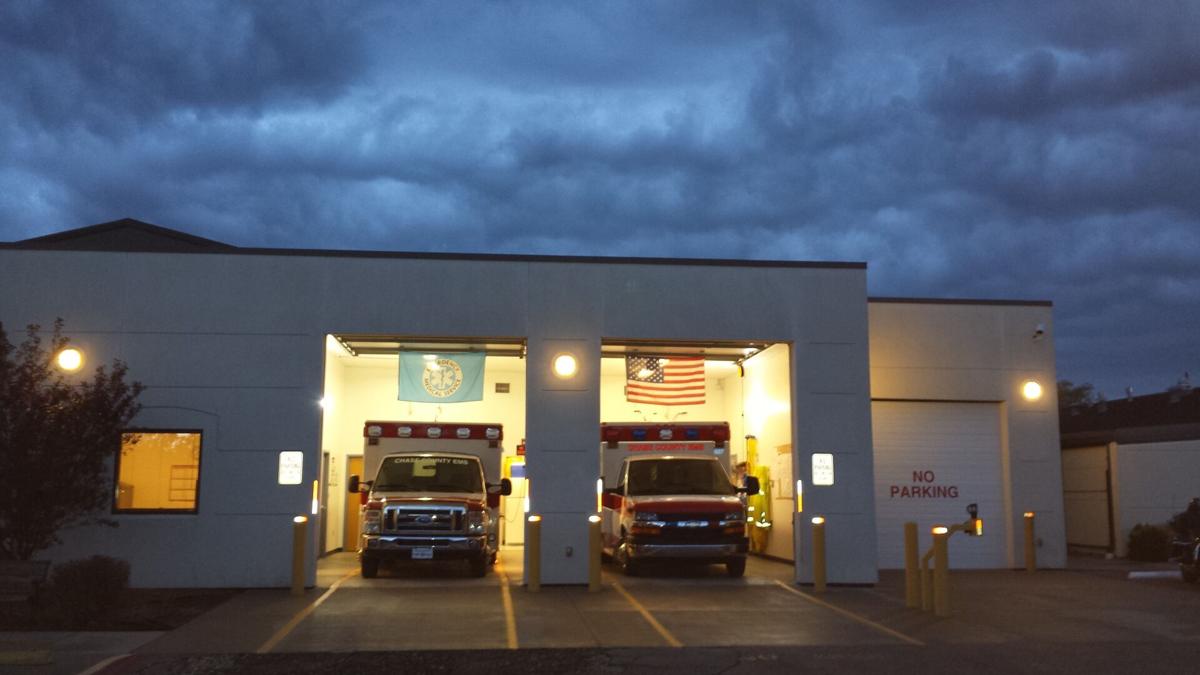 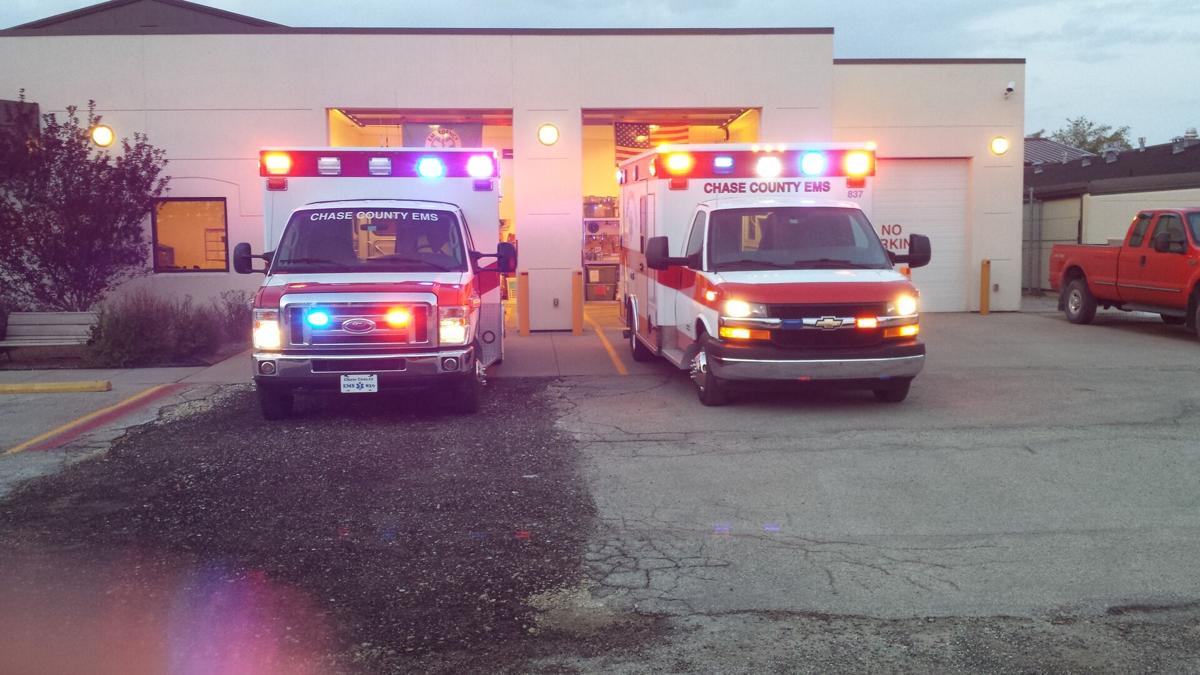 With just six people certified to respond to any 911 dispatched EMS responses within Chase County, EMS Service Director Scott Harris says he is facing a critical staffing shortage that can only be addressed by hiring more staff.

“Right now we’re down to myself — the full-time person who not only works the dayshift but covers any nightshift we need covered — and our five part-timers or ‘volunteers.’”

While part-time EMS staff are considered volunteers, in this case the title is a bit misleading; part-time EMS volunteers are paid positions. Each of those five part-time staffers, Harris said, also works a full-time job.

Harris himself began his career with Chase County EMS in 1990 as a volunteer. A self-described “Air Force brat,” he said he wound up in El Dorado after joining the US Army and eventually settled in Chase County. Ten or 11 years ago, the previous director asked Harris if he would be willing to step into the role and he agreed.

“The staffing issues actually started about 12 years ago,” Harris said. “About 11 years ago, right before I took over, the agency was put on probation.”

At the time, the agency was unable to fulfill its duty rosters to meet state requirements. Harris said the state requires two certified attendants to be present for each EMS call and calls need to be responded to within five minutes of being received.

The county stepped up at that time and restructured the pay rate for EMS staff. A deputy director was brought in for a time. While that position ultimately did not work out, Harris said part-time staff stepped up and reworked their own schedules to help cover the dayshifts.

“We have been constantly short for at least 12 years but we’re not on probation,” Harris said. “We have not, since we got off the probation status with the Kansas Board of EMS, we have not ever built our duty schedule and not responded to a call like we should. But, we are doing overtime. We lose people.”

The agency has tried to recruit new people over the years. They advertise, offer to pay for the required classes and training, and they also pay for required continuing education courses for certified staff. Sometimes people will apply, but mostly it’s been out-of-town applicants.

“We don’t have anywhere in the ambulance barn for them to stay and they have to be within five minutes of the ambulance barn, and that has not work out,” Harris said. “We’ve tried out at the county health fair that they set up every two years at the high school, we do a booth there. I am constantly talking to people. It’s a struggle — and it’s not just a Chase County struggle.”

Other EMS agencies around the state face similar shortages. For Harris and his crew, it’s worrisome because they don’t want to face another board violation. They don’t want to see an outside EMS agency come in and take over services.

“If they do, it’s gonna be a hit on the taxes and it’s going to be double what my current budget is at least,” Harris said. “It’s just something we have to provide to our community and I’m just struggling to find people to help me do it.”

In it for the

Harris said he and the rest of the EMS crew have a pretty simple reason for staying with Chase County EMS.

“It’s the people in the community and I like helping people when they need to call 911,” he said. “I meet a lot of interesting people in the back of an ambulance and not everybody that we transport is able to talk to us. I do worry about what’s going to happen when I retire, like who’s going to step up. That’s my biggest fear right now.”

Another part-timer has confided to Harris that he’s ready to retire, but he’s afraid to step down.

“Nobody’s going to be able to fill his spot and there’s nobody really in the pipeline to fill that spot,” Harris said.

So, the part-timer is still on the crew and Harris is still hiring.

Harris said applicants need to be at least 17 to start classes and then 18 to take certification tests. They also need to live within five minutes of the ambulance barn, and have a minimal criminal history.

There is a class starting in August, which Harris said is a hybrid class — classes are online with one in-person meet each week for labs or clinicals.

Anyone interested in more information should contact Harris at Chase County EMS by calling the office at 620-273-6590 or on his cell phone at 620-343-0545. They can also email him at ems@chasecountyks.com or even just stopping by the office, 301 S. Walnut St., Cottonwood Falls.

“My crew will probably all tell you that I’m the easiest boss in the world — if you want to call me that — to get along with,” Harris said. “I understand people have lives. My crew works well together and I make sure that you will get the time off that you need. It’s just getting harder to do with the people we have.”

"I do worry about what's going to happen when I retire, like who's going to step up."

Sounds to me like they’re just trying to “grease the skids” for another “inter” county help out program. Lyon County provides them a sanitary tipping station, Morris County partners with them for their extension office. Remember when Newman Hospital provided startup costs for the health clinics in Osage County and Greenwood County until that was deemed illegal? One has to start asking for freebies somehow.

Whine, whine, whine. Gripe, gripe, gripe. This sounds like the same whining businessmen like restaurant owners we hear griping that people won't come back to work. Well, what are they paying, and why do they "lose people"? Therein likes the solution to their problem. The County could also reduce the demand for emergency services if its residents would learn to stop rolling their cars and setting their farms and houses on fire. And remember, Chase County along with many other Kansas counties is a solid Republican county. Chase County voters love "small government" except when it comes to their own checks. So Director Harris should stop worrying about what happens after he retires. He should retire when he wants to and let the EMS shut down and do its part to "shrink" the government. Its residents should like that.