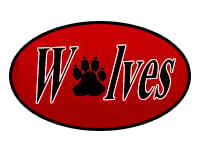 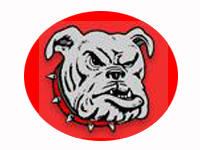 “We knew after getting our butts kicked by Madison last week that we had to come into this game ready to play,” Lebo quarterback Devan McEwen said. “We had great practices all week, and on that last drive, we knew what we were gonna do beforehand. We had our hand signals there, and we just knew that we had that chemistry that we worked on.”

“Chase County is the epitome of a team that likes to run smash mouth football” added Lebo Head Coach Brian Hadley. “Their guys are tough. They’re not the biggest, but they play a lot bigger than they really are. We knew we were going to have our hands full, and we knew they wouldn’t quit on Homecoming. It was a fight to the end tonight, and just a great team victory. I’m so proud of our guys.”

The Bulldogs displayed their brand of hard-nosed football from the opening possession, scoring on a lengthy 11-play, all-rushing drive to begin the game. Freshman Mitchell Budke’s 2-yard touchdown run proved to be the game’s only score until about halfway through the second quarter, when Lebo enjoyed its first sustained offensive possession.

Chase County looked to have the Wolves contained after a 12-yard sack on third-and-goal, but McEwen found an open Kyle Reese on the next play for a 15-yard touchdown connection with seven minutes until the half.

Lebo was unable to hold onto its advantage for long however, allowing a 38-yard touchdown dash by Bulldogs junior Trint Rogers on the ensuing drive. The halftime whistle came soon after, with the score reading 14-8 in favor of Chase County.

After a holding penalty wiped another Rogers touchdown off the board midway through the third quarter, the Wolves stood firm on fourth down deep in their own territory to regain possession. Lebo reclaimed the lead just six plays later on Bailey’s first touchdown of the night, a 29-yard dash up the middle which included several broken tackles en route to the end zone.

A 50-yard return by Chase County junior Blaise Holloway on the following kickoff put the Bulldogs in position to regain the lead heading into the final period. A 5-yard touchdown push up the middle from senior quarterback Cael Budke had the score reading 20-16 in Chase County’s favor until the seven-minute mark of the fourth quarter.

Bailey’s second touchdown of the night — a 1-yard reception this time around — had the Wolves up 22-20, looking for just one more defensive stop to close out the contest. Chase County had no plans to oblige though, taking more than five minutes off the clock on its next drive — which included two fourth-down conversions — and scoring with just under two-minutes remaining. Another short rushing touchdown from Mitchell Budke had the Wolves against a 26-22 wall heading into their final drive.

Unfazed by the late lead change, McEwan executed a classic two-minute drill comeback, taking just five plays — which included a 28-yard bullet to the 1-yard line — to get the Wolves in position for Bailey’s winning score.

“This win is really huge for us,” McEwan said. “It’ll help propel us through the rest of the season and hopefully help us finish these last two games undefeated so we can move on toward the playoffs.”

McEwen finished the night 18-of-25 passing for 172 yards and two touchdowns, adding another 25 yards on the ground with 15 attempts. As the score would suggest, the offensive battle was mostly even throughout the night, with the Bulldogs just edging the Wolves in total yardage, 270-263. Cael Budke also logged a solid performance, throwing for only 29 yards on four completions but putting in work on the ground to the tune of 15 carries for 102 yards.

“It was a definite team effort to corral those kind of running backs they have,” Hadley said. “We had multiple guys step up throughout the game; it was a freshman that caught that last pass there. It wasn’t just about one guy, it was about our quarterback getting the ball to everybody and our running backs running hard like they know how to do. We needed a win, and knew we kind of let one go at Valley Falls a couple weeks ago. Madison was obviously tough like usual, but I think we can use this as a springboard into next week.”

Lebo (4-2) will look to carry on its winning ways against Maranatha Christian Academy Friday in Shawnee. Meanwhile, Chase County (3-3) will look to get back over .500 at Valley Falls.