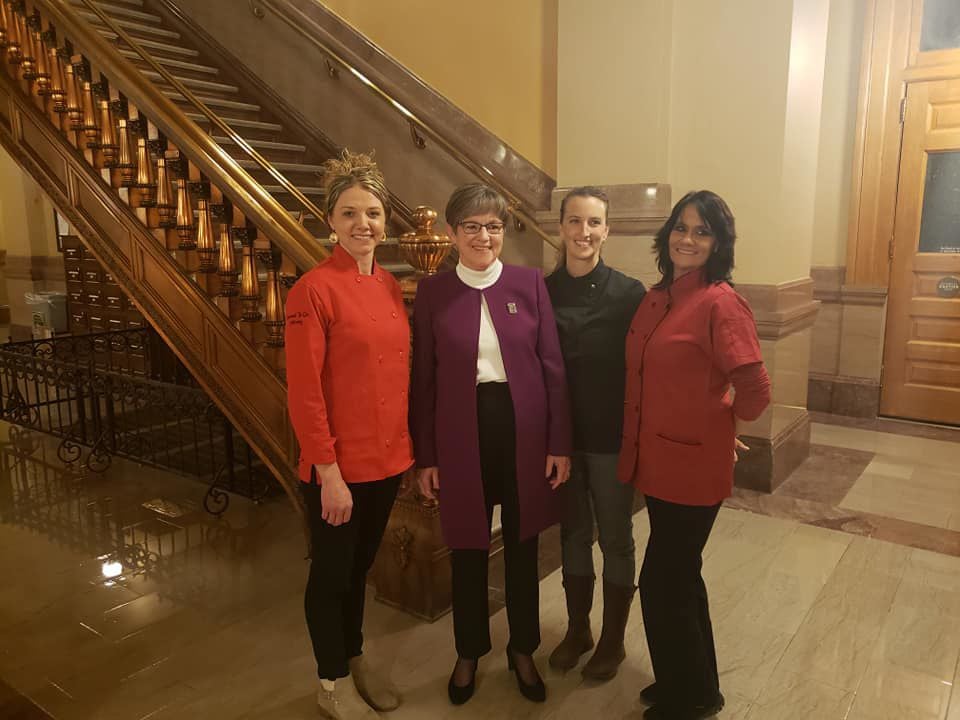 The Gourmet-to-Go Catering crew of Emporia got a special gig when they catered the reception at Governor Laura Kelly’s State of the State address. 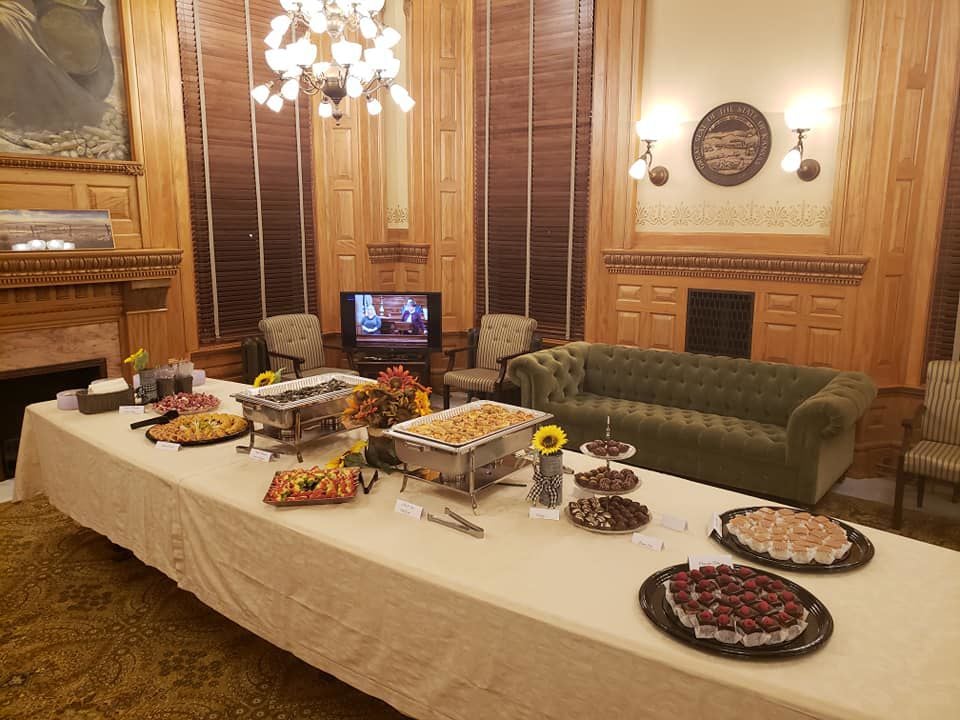 Food prepared by Gourmet-to-Go is served up at the reception following the Governor’s State of the State Address in Topeka. 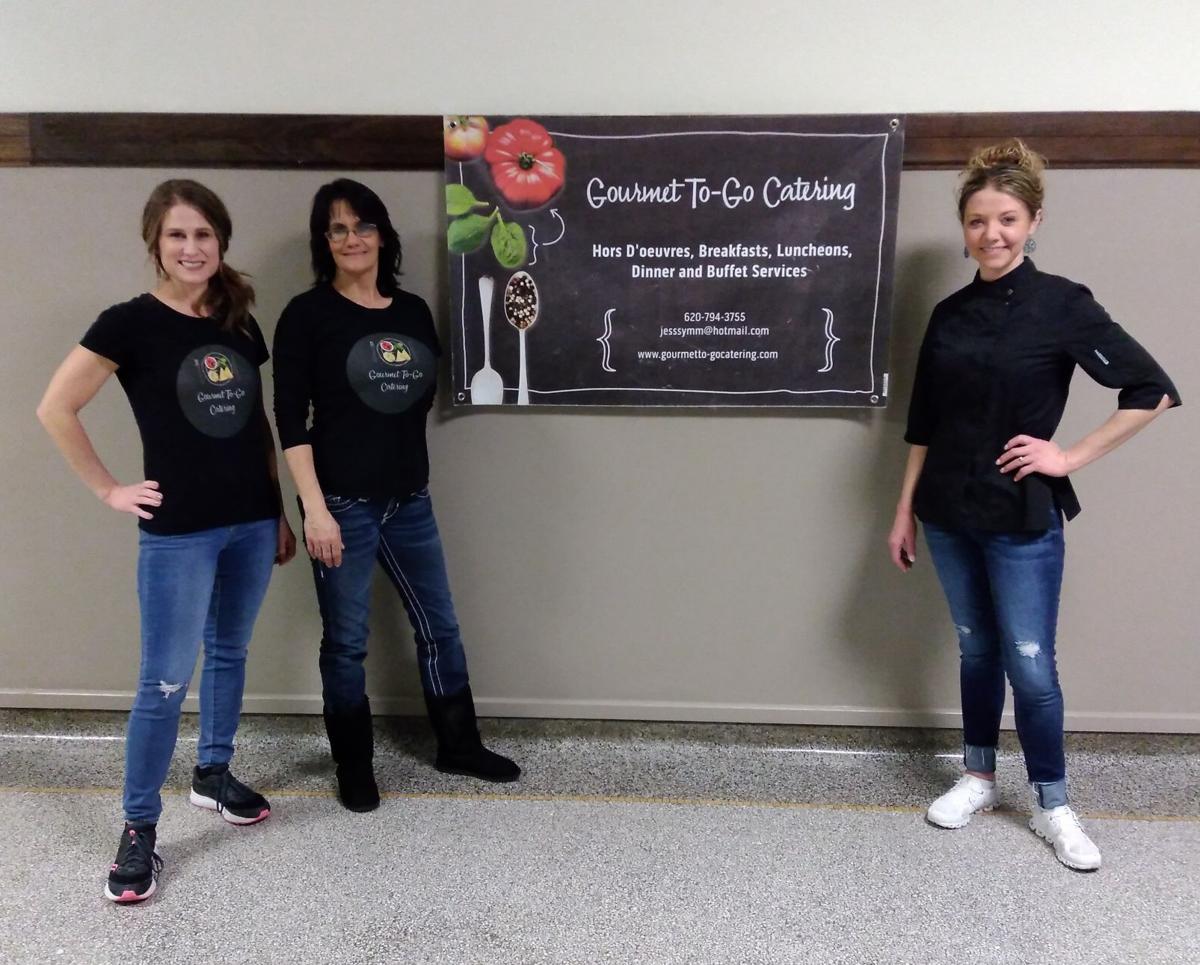 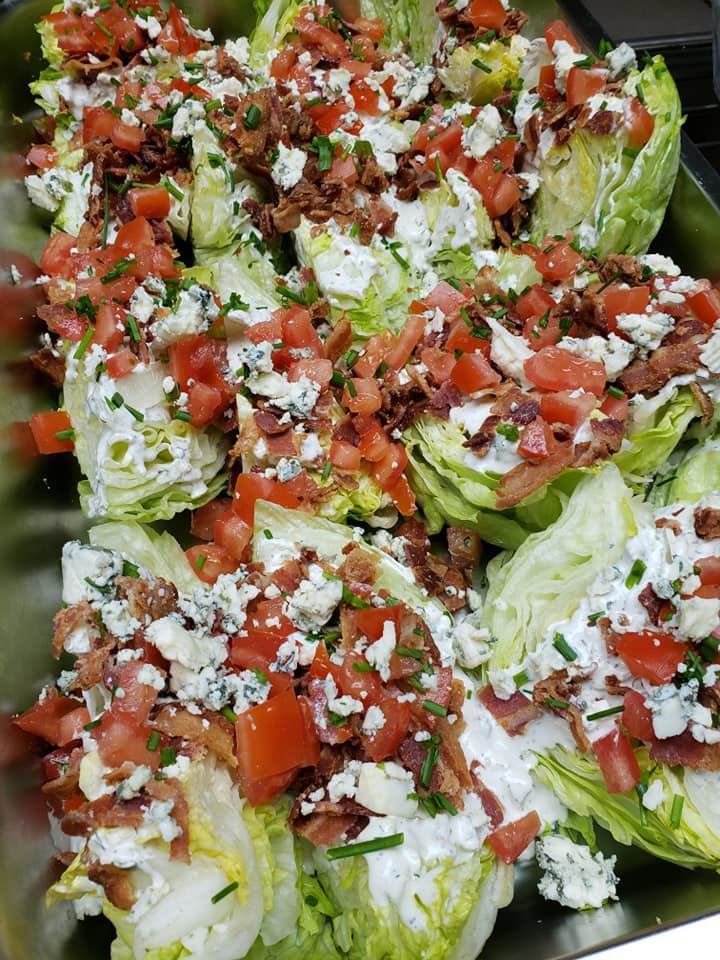 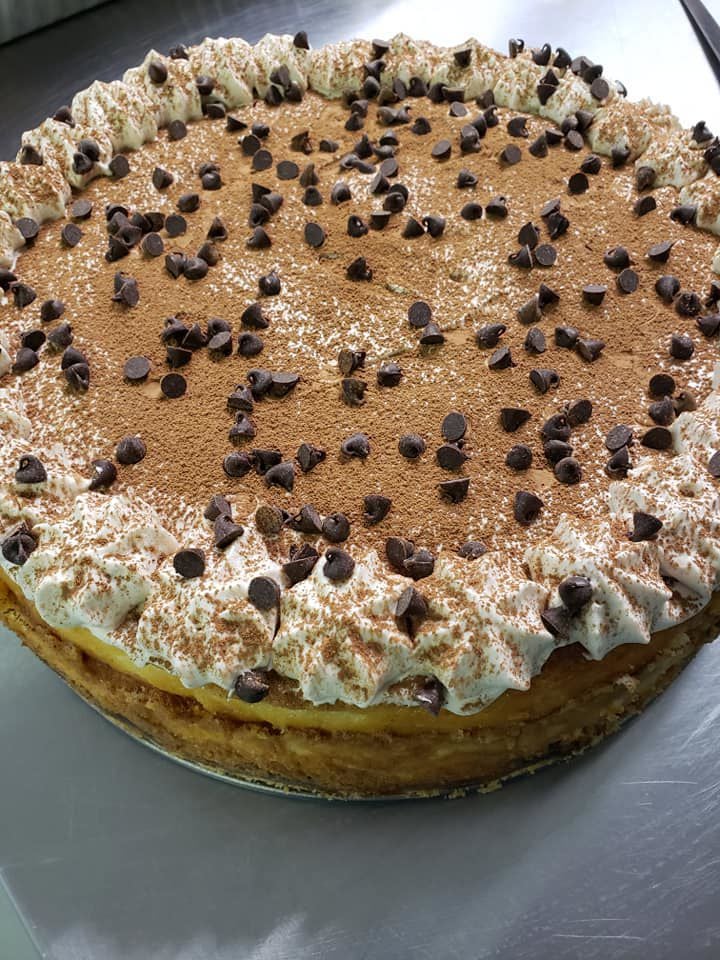 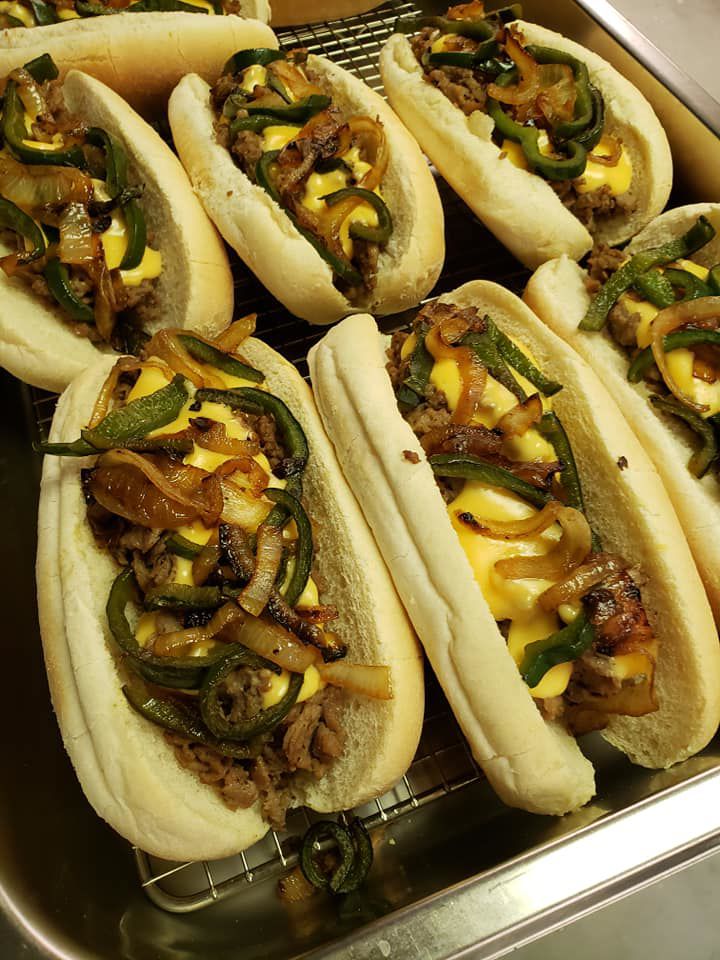 The Gourmet-to-Go Catering crew of Emporia got a special gig when they catered the reception at Governor Laura Kelly’s State of the State address.

Food prepared by Gourmet-to-Go is served up at the reception following the Governor’s State of the State Address in Topeka.

Over the past year, a dedication to quality food — and overwhelmingly-positive word of mouth — has allowed an upstart Emporia business to make some new friends in high places.

Owned and managed by Jessica Symmonds, a 2009 graduate of Flint Hills Technical College’s Culinary Arts program, Gourmet-to-Go Catering has established itself as one of Lyon County’s best options for providing parties, company meetings and other gatherings with a line of “home-cooked meals without the home-cooked fuss.”

In mid-January, Symmonds received the opportunity to expand appreciation for her company all the way to the State Capitol in Topeka after an acquaintance in Governor Laura Kelly’s office recommended her services.

“We were commissioned to cater Governor Kelly’s State of the State address reception, which was obviously a huge excitement for us.” Symmonds said. “We actually got to meet her and talk with her for a bit beforehand, and then we were able to watch her give the speech from her office, which was a real honor.”

Preparation time for the order wasn’t too far out of line with a regular occasion, Symmonds said, but the opportunity to make a solid first impression with a new group of guests encouraged extra creativity with the recipes. Items made for the reception included: stuffed mushrooms, Italian pinwheels, salted caramel cheesecake, raspberry chocolate cheesecake, mini quiches and a variety of truffle and fruit skewers.

“We obviously wanted to represent ourselves well, but like with everything else we do, we wanted to make sure we also did a good job of representing the host,” Symmonds said. “That bit of extra fanciness made everything go over really well.”

Even as Symmonds continues to expand her clientele, she wants local residents to know she has no plans of moving to a different location. In fact, an upcoming lease renewal with the owners of the Emporia Humanitarian Center — the basement of which serves as the current homebase for Symmonds and her crew of culinarily-gifted friends — could allow for exciting new additions in the spring.

“I don’t know where this rumor keeps getting started or who is starting it, but we don’t have any plans of moving away,” Symmonds said. “Actually, we’re getting ready to sign a new lease agreement soon that’s hopefully going to let us expand more throughout this building … We were thinking of making a space that could act as a part-time restaurant, more or less, where people could come, have a space to sit down, talk and enjoy the foods we put on our Thursday/Friday lunch menus together.”

In discussing the idea with her coworkers, Symmonds agreed that much of the building’s appeal as a restaurant would come with its history, an element of the space she hopes others around the community will enjoy as well.

“Every time I float this idea to someone around town, I always get the same kind of responses like, ‘Oh, I attended school there when it was Lowther South’ or ‘Oh, that building has a great story,’” Symmonds said. “It’s been pretty encouraging, so it’s something we hope we can offer to the community soon … For decorations, we were thinking people could bring photos from past yearbooks or other things capturing the history of the building, but we’re still kind of planning. Moving forward, we’d definitely like to hear from anybody that has a connection to the building or a good idea for the space.”

Gourmet-to-Go Catering is located at 215 W. Sixth Ave. in basement suite B-2 and can be reached by calling 620-794-3755 or emailing jesssymm@hotmail.com. For pricing and meal options, visit www.gourmetto-gocatering.com or like the company’s page on Facebook.

“It’s been pretty encouraging, so it’s something we hope we can offer to the community soon."