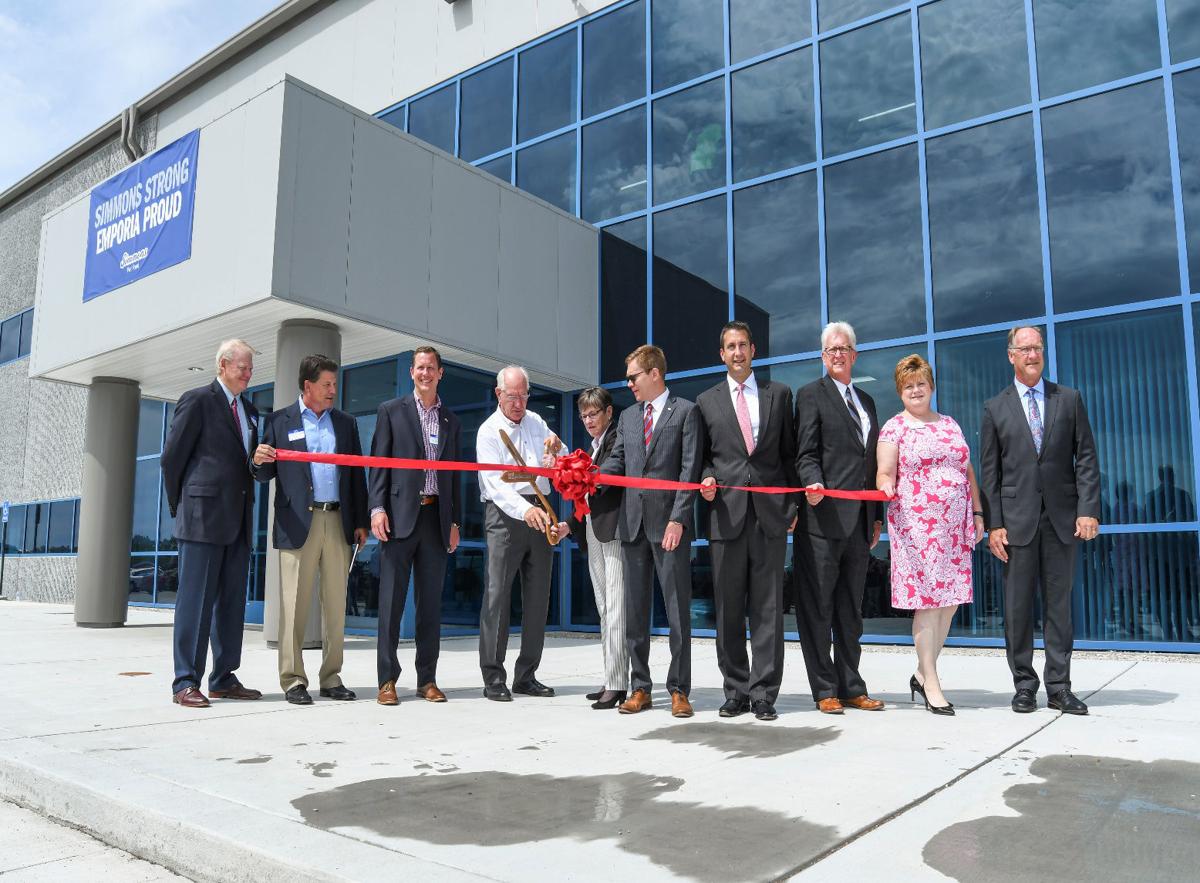 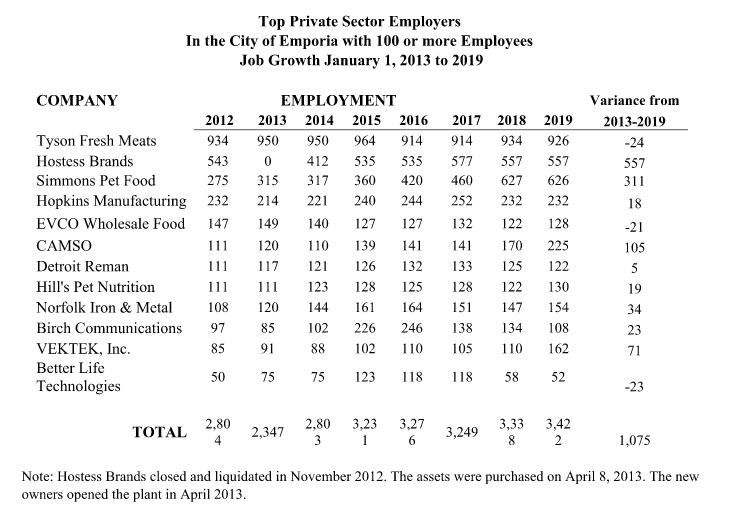 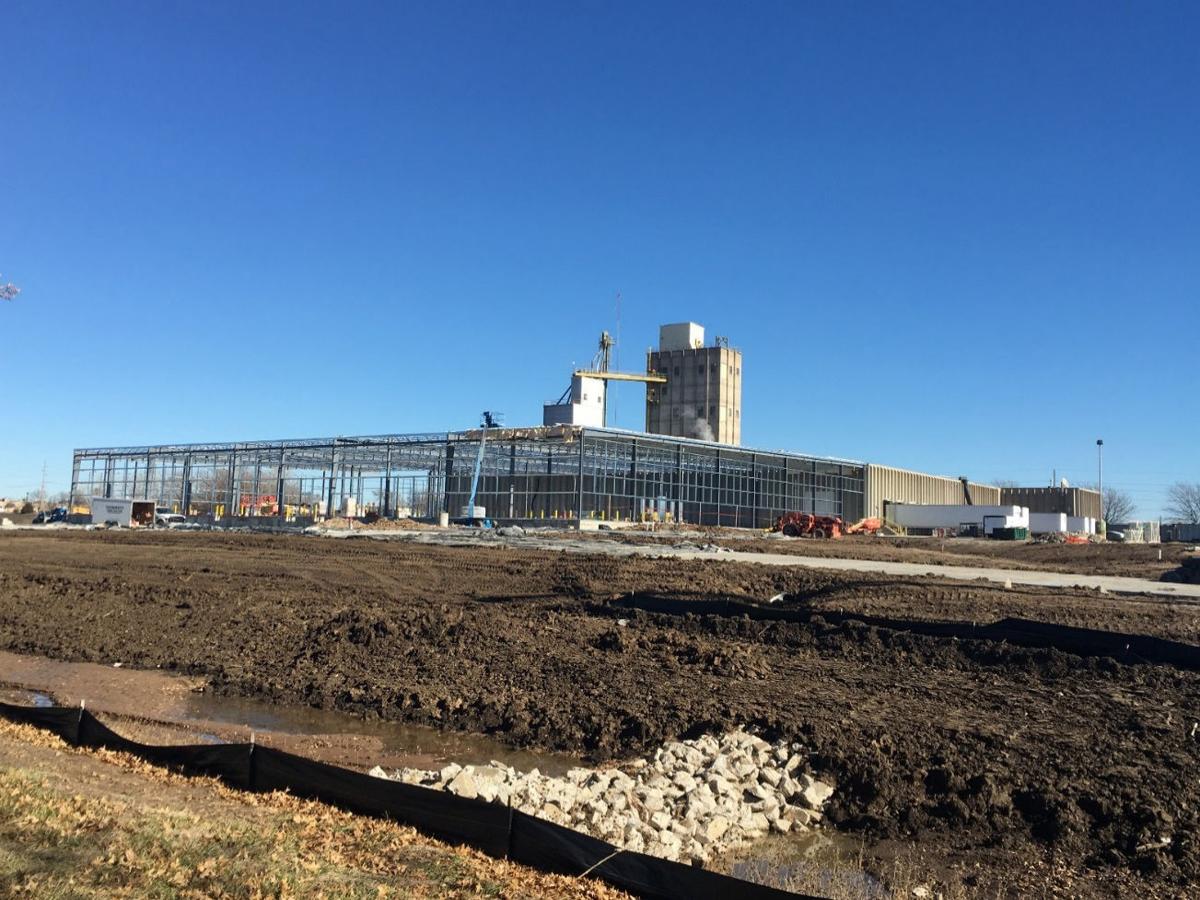 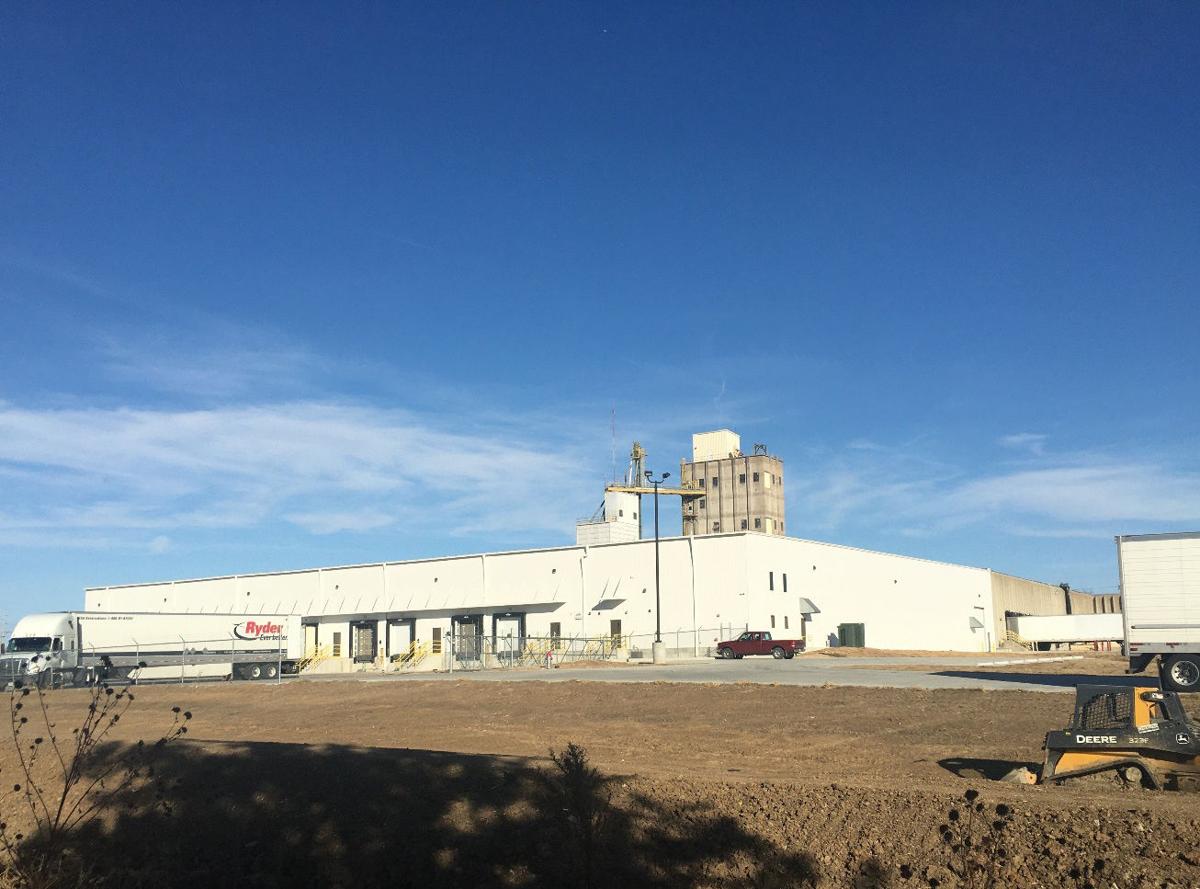 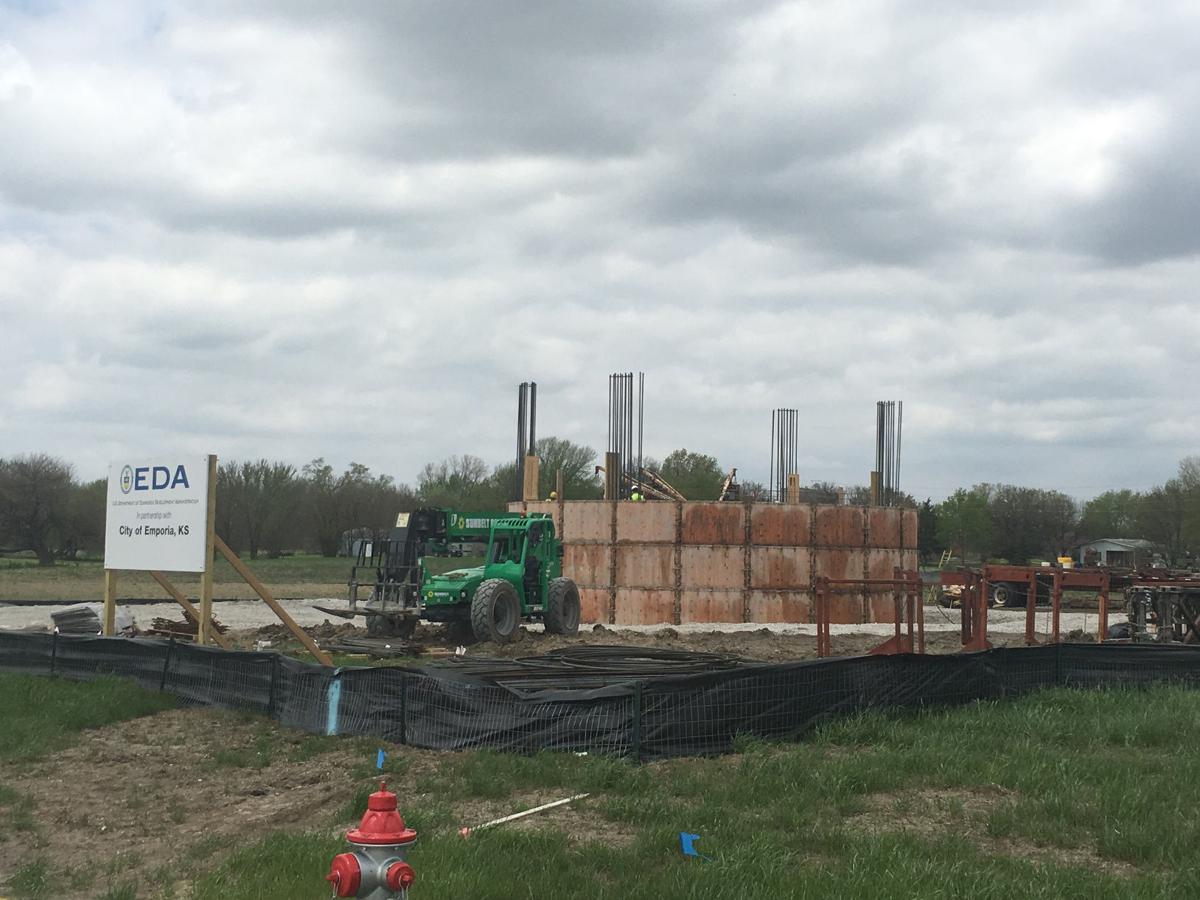 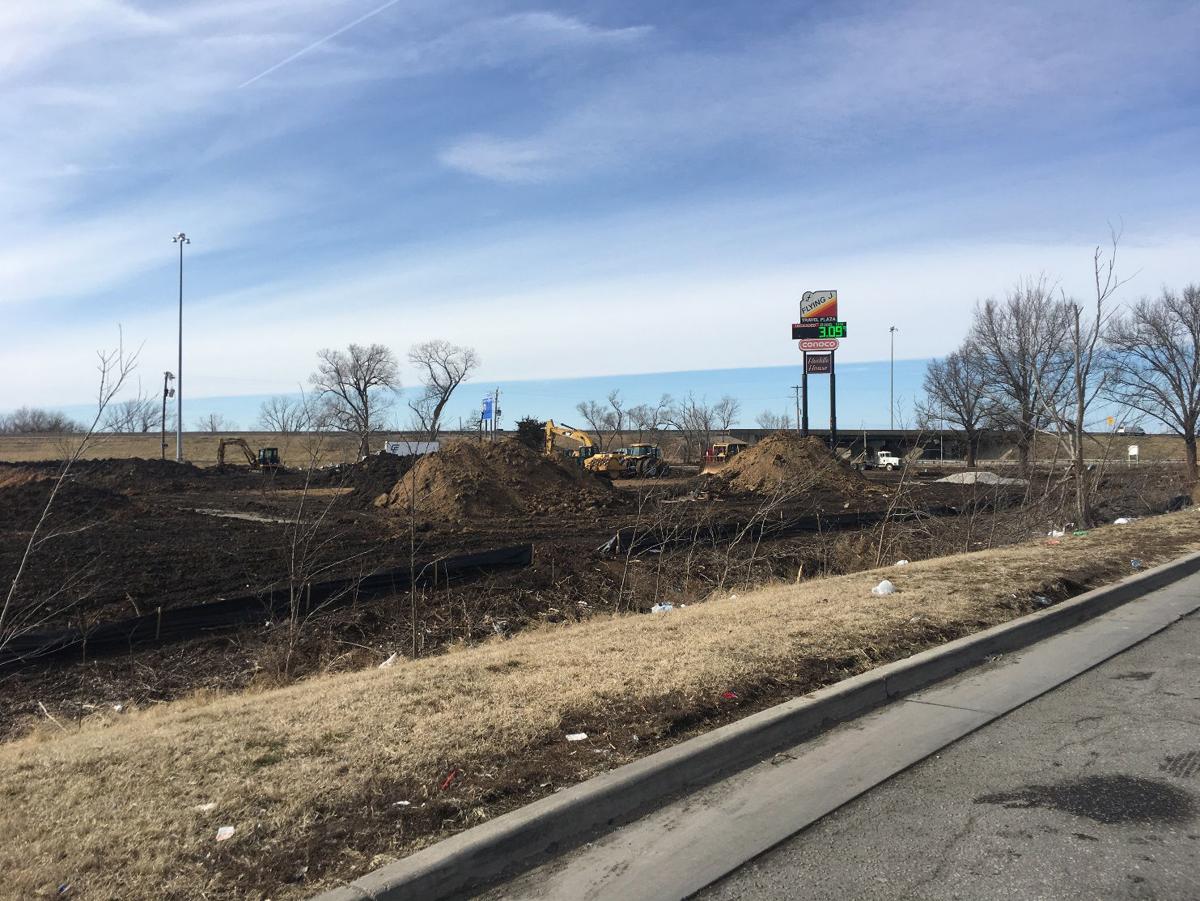 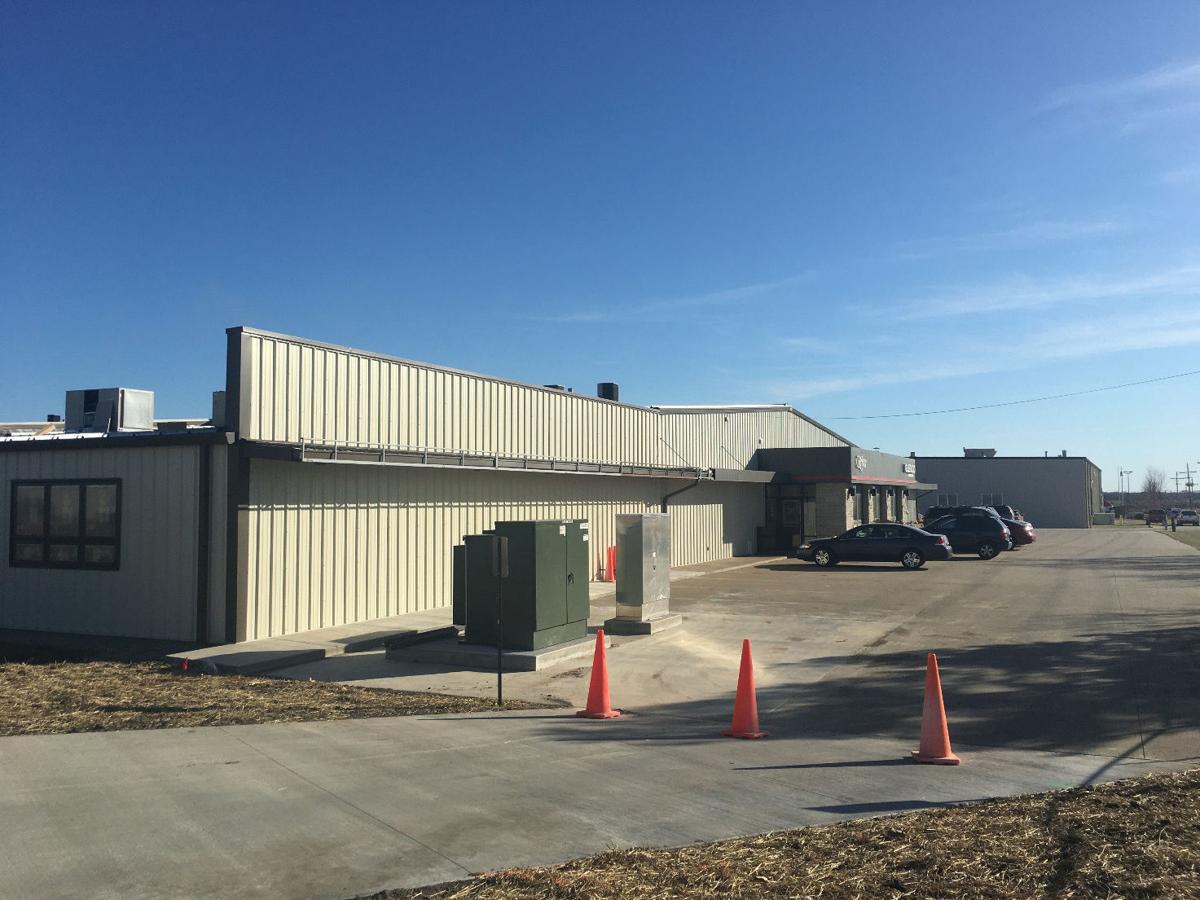 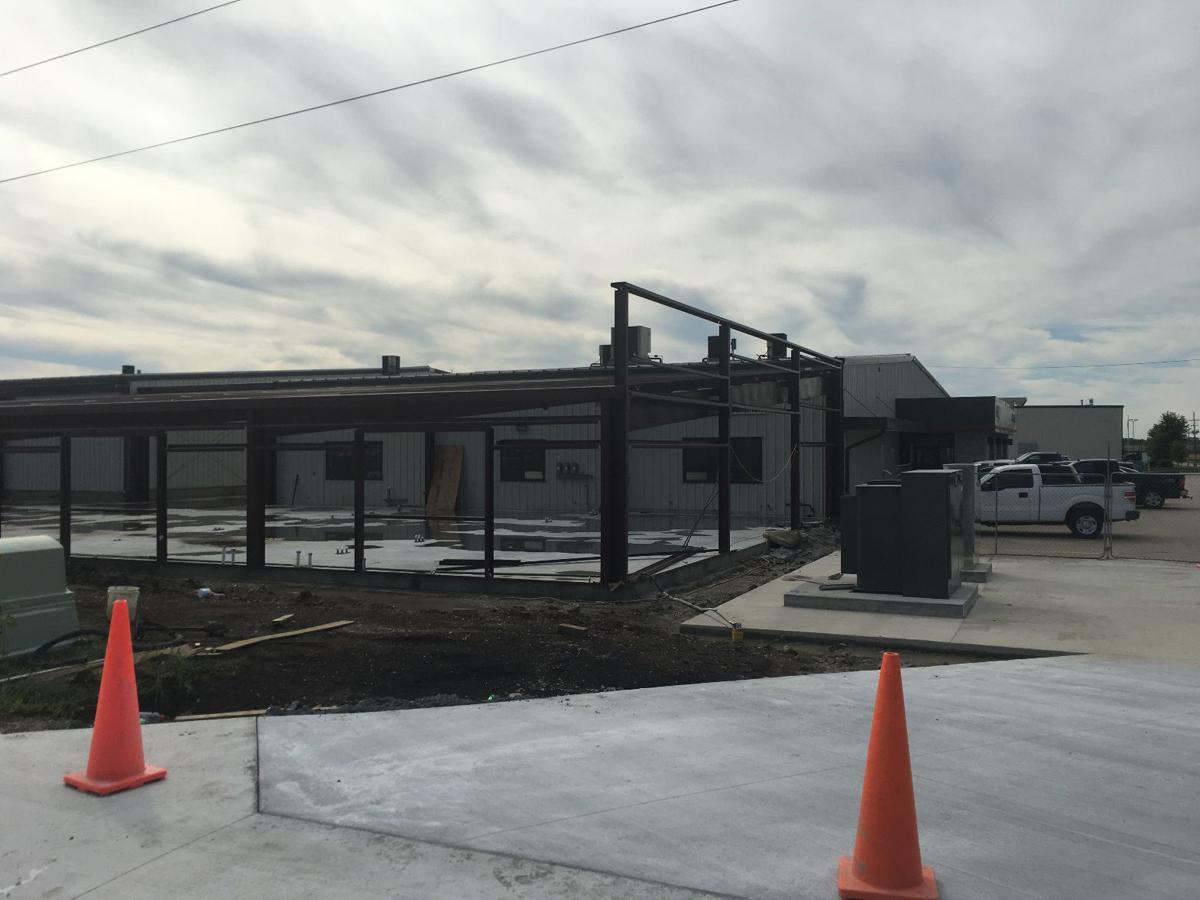 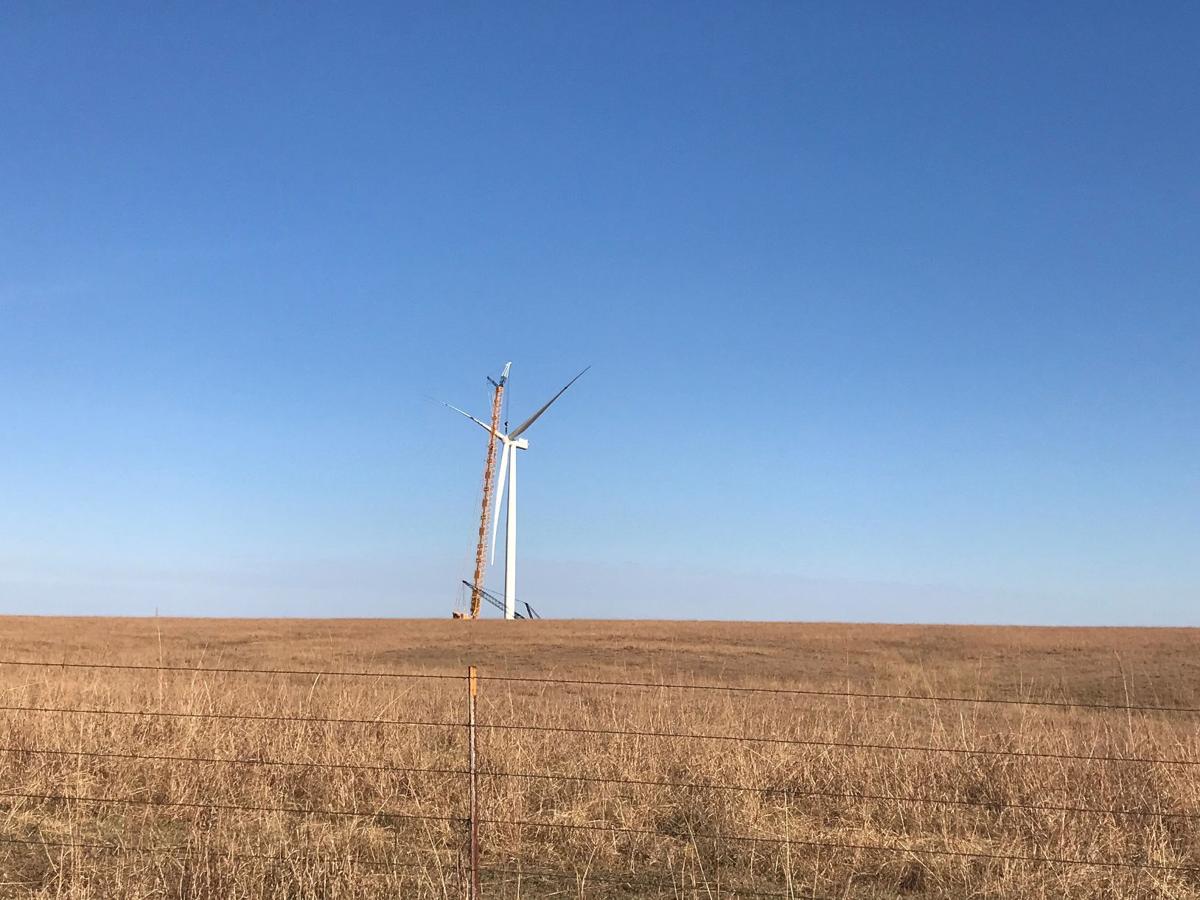 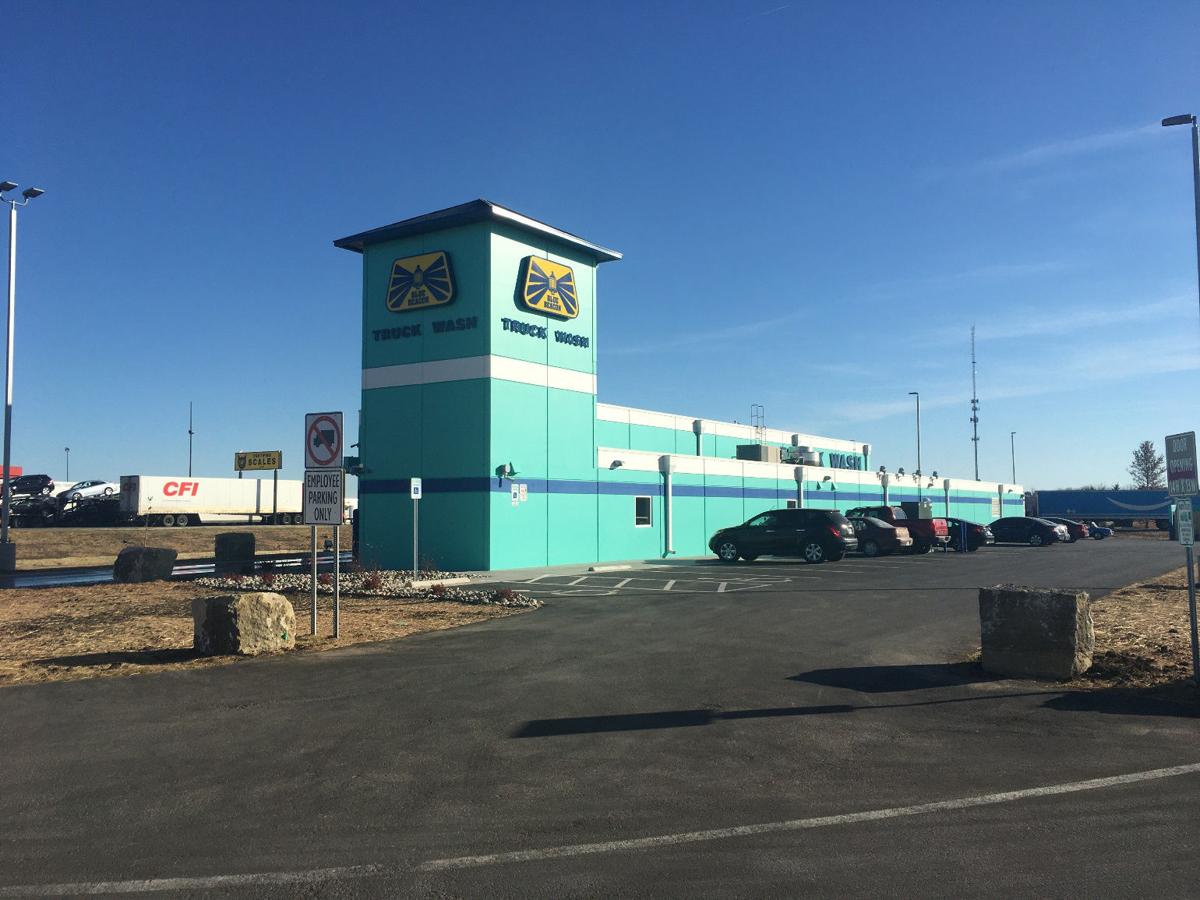 According to a report from Garner Economics, the State of Kansas saw net employment growth of 3.5 percent during the five years from 2013-2018.

At the end of 2019, capital investment in the Emporia area since 1995 totaled $977 million. That number is expected to top $1 billion soon.

“We’ve had a lot of good things happen this past year,” RDA President Kent Heermann said. “Most of it was related to the growth of companies we already have. Our bread and butter is business retention and expansion. You want to keep what you have, grow what you have.”

Keep and Grow What You Have

RDA saw the completion of several projects in 2019, a mixture of new projects, expansions and infrastructure.

“All three of the Simmons projects utilized local contractors, which created significant economic impact during the construction phase,” Heermann said.

Simmons’ economic impact in Emporia is projected to increase with the Nov. 2019 announcement that the company plans to optimize their operations by closing their New Jersey facility and relocating most of that production to Emporia.

“The number of new jobs hasn’t been discussed publicly yet, but it could be significant,” Heermann said.

Other significant projects include the completion of a new, million-gallon water tower in Industrial Park III. The project, jointly funded by the City of Emporia and a U.S Department of Commerce EDA Infrastructure Grant, supported the Simmons expansion and provided more overhead water storage, pressure and volume for the entire City of Emporia water system.

Construction began on the Reading Wind Farm project with several wind turbines functional by the end of 2019. Construction on additional wind turbines continues in 2020 for Southern Power, which has contracted to sell the electric power to Royal Caribbean Cruise Line. The wind farm is expected to generate roughly 760,000 megawatt hours of clean, renewable energy annually.

Heermann identified projects either crossing the finish line or starting off the block in 2020, but he also identified areas where Emporia and Lyon County need to gear up for future economic growth.

Glendo is expanding its current facility by 40,765 square feet and adding six full-time jobs this year. The project represents a capital investment of $4.3 million.

Later this year, the City of Emporia is expected to begin work on paving improvements and traffic control on Road F from US Highway 50 to Road 180. A grant from the Kansas Department of Transportation will fund most of the project’s estimated $1.7 million cost. This infrastructure improvement is part of the overall plan to develop Industrial Park IV.

Land development is crucial to attracting businesses to the area, Heermann said. Companies looking to move or expand are looking for land with infrastructure in place.

“We need to have available real estate that’s ready to go,” he said. “RDA has developed more than 383 acres over the past 25 years, but it takes time to acquire and develop that land. We’re currently looking for suitable property for 5, 10, 15, 20 years out.”

Heermann said an available workforce is another crucial factor for companies searching for new locations. There is a nationwide shortage of skilled workers, but he thinks Emporia is “ideally situated” to train a modern workforce thanks to Emporia State University and Flint Hills Technical College.

“We have ESU with its top-notch Teachers College, its liberal arts and sciences programs and its business school, which is teaching students to think more entrepreneurially,” he said. “Existing businesses, new and start-up businesses — they all have to have entrepreneurial mindset, and ESU is preparing students for that need.”

Heermann noted that FHTC offers programs training students for the jobs of the future, such as programmable logical control, power plant technology and health sciences.

“FHTC has evolved with the needs of business and industry in our region,” he said. “They’re developing future workers to be more technically savvy and creating programs that lead to promising and bright careers.”

Economic growth and prosperity is a long game. The successes of the past several years are the culmination of long-term planning and strategizing, the completion of many multi-year projects and a shared vision for the future of the area.

Heermann is encouraged not just by these recent achievements, but also by the buzz around town.

“Things are pretty good right now,” he said. “There’s a lot of excitement in the community. We see what other groups in town are doing, the annual events that build enthusiasm, and it’s encouraging. Success follows success — if everyone works hard, we can get a lot done.”

"Success follows success — if everyone works hard, we can get a lot done.”

I hope the RDA folks don't hurt their shoulders patting themselves on the back for doing what they are paid big bucks to do.

I hope the RDA folks don't hurt their shoulders patting themselves on the back for doing what they are paid big bucks to do.