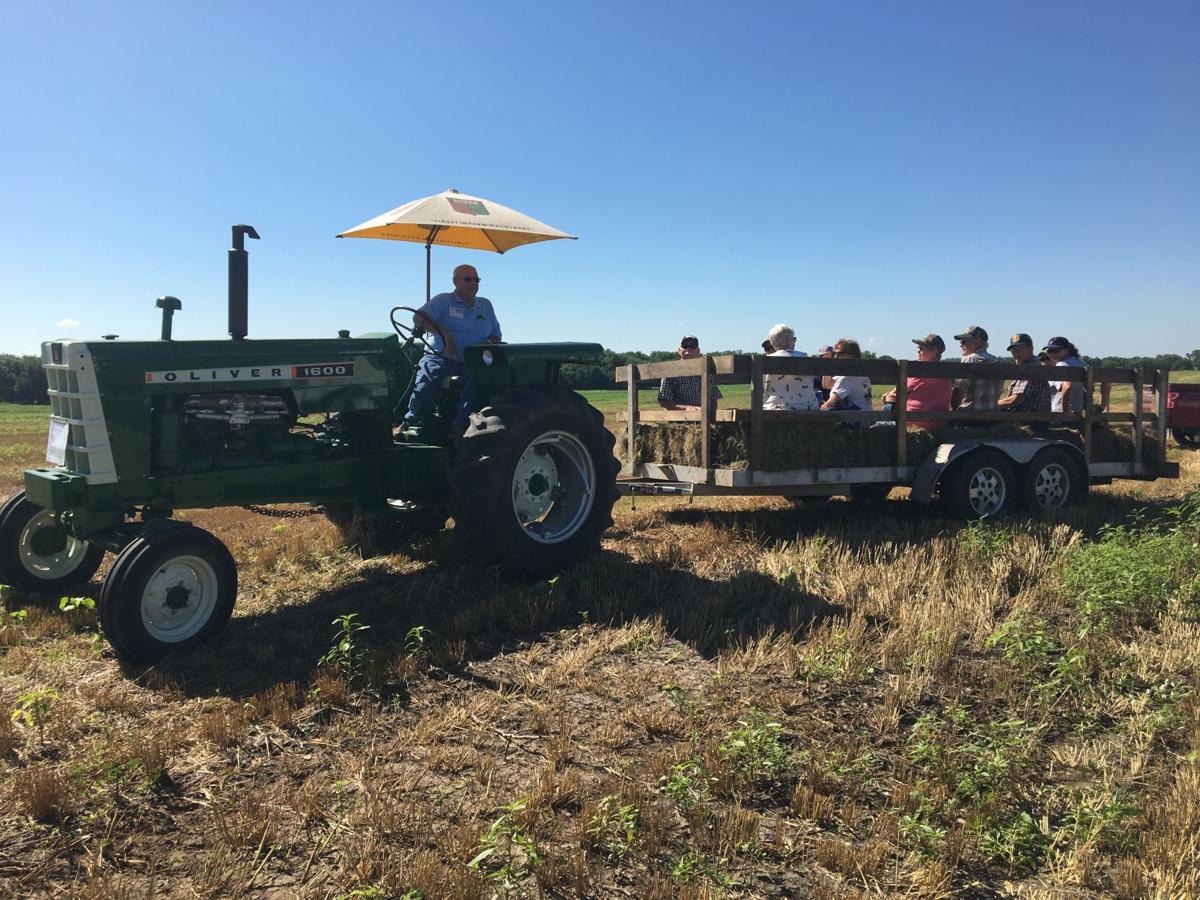 Attendees catch a tractor ride from the parking lot to the event area. 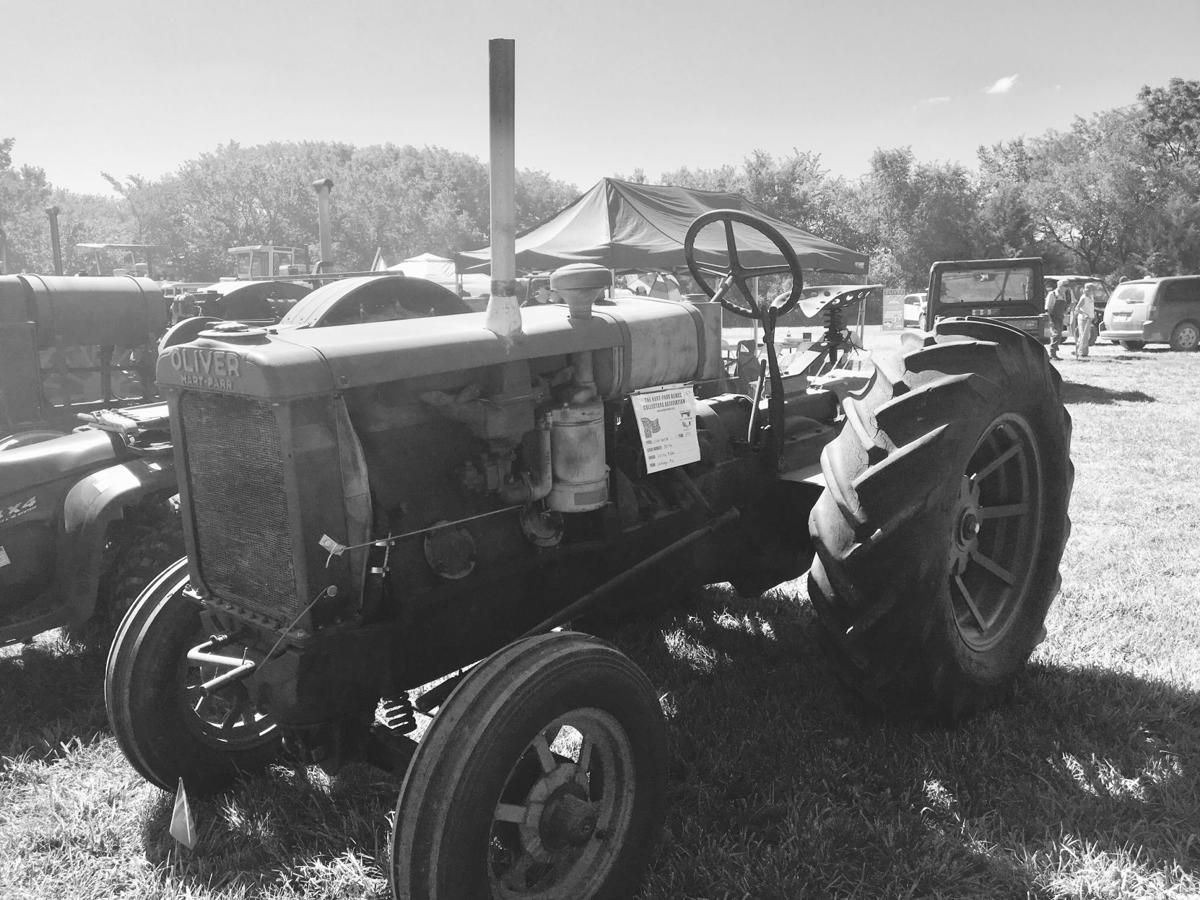 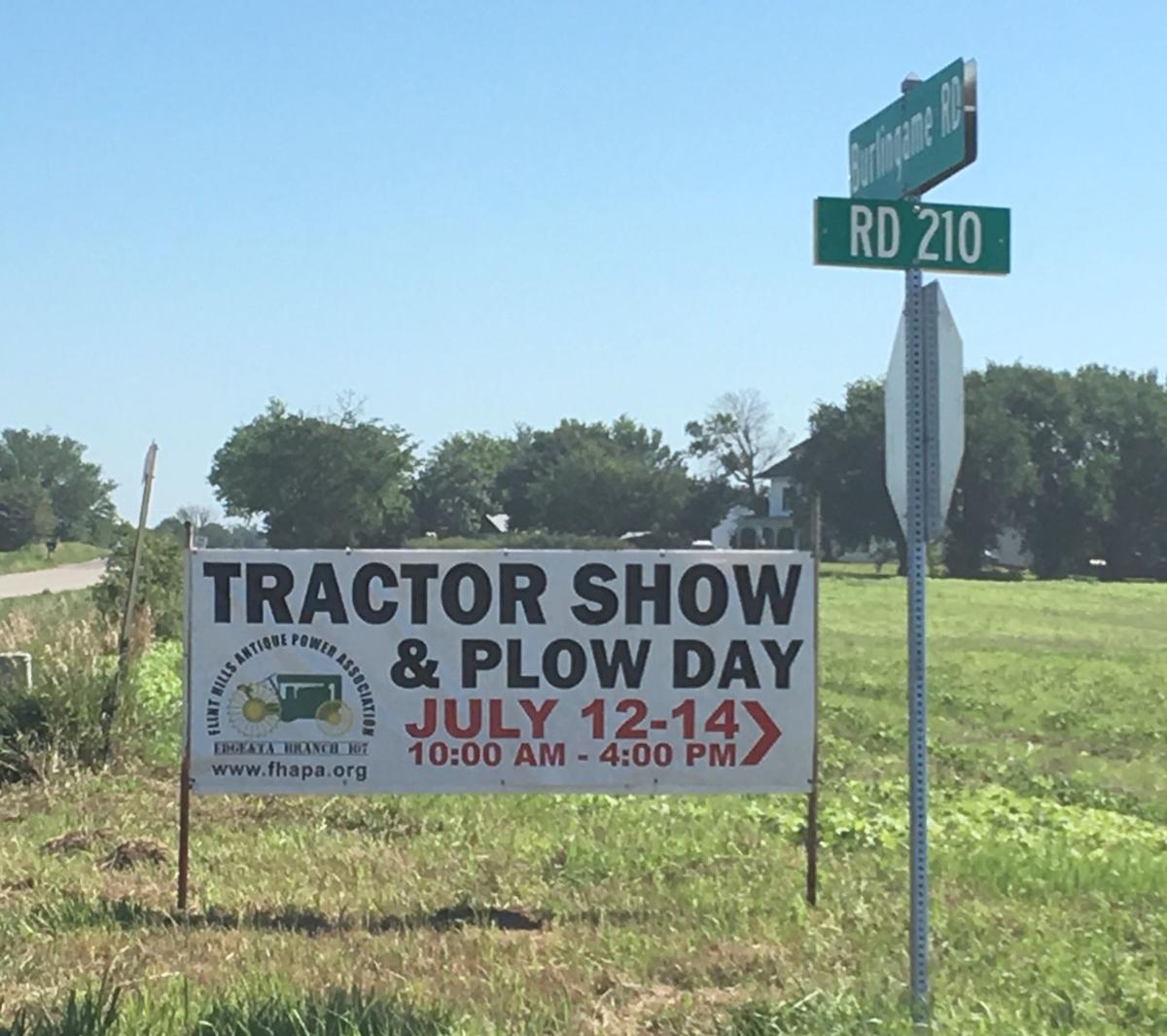 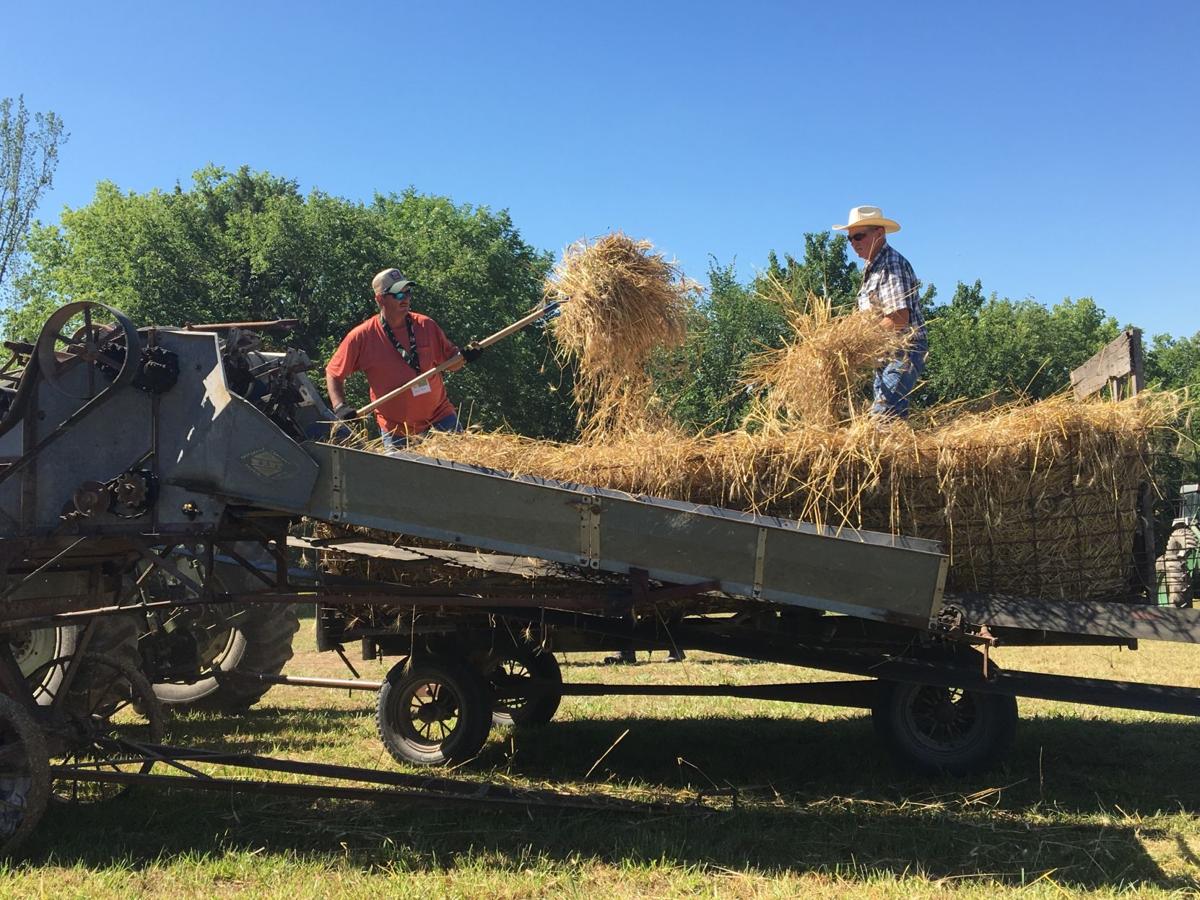 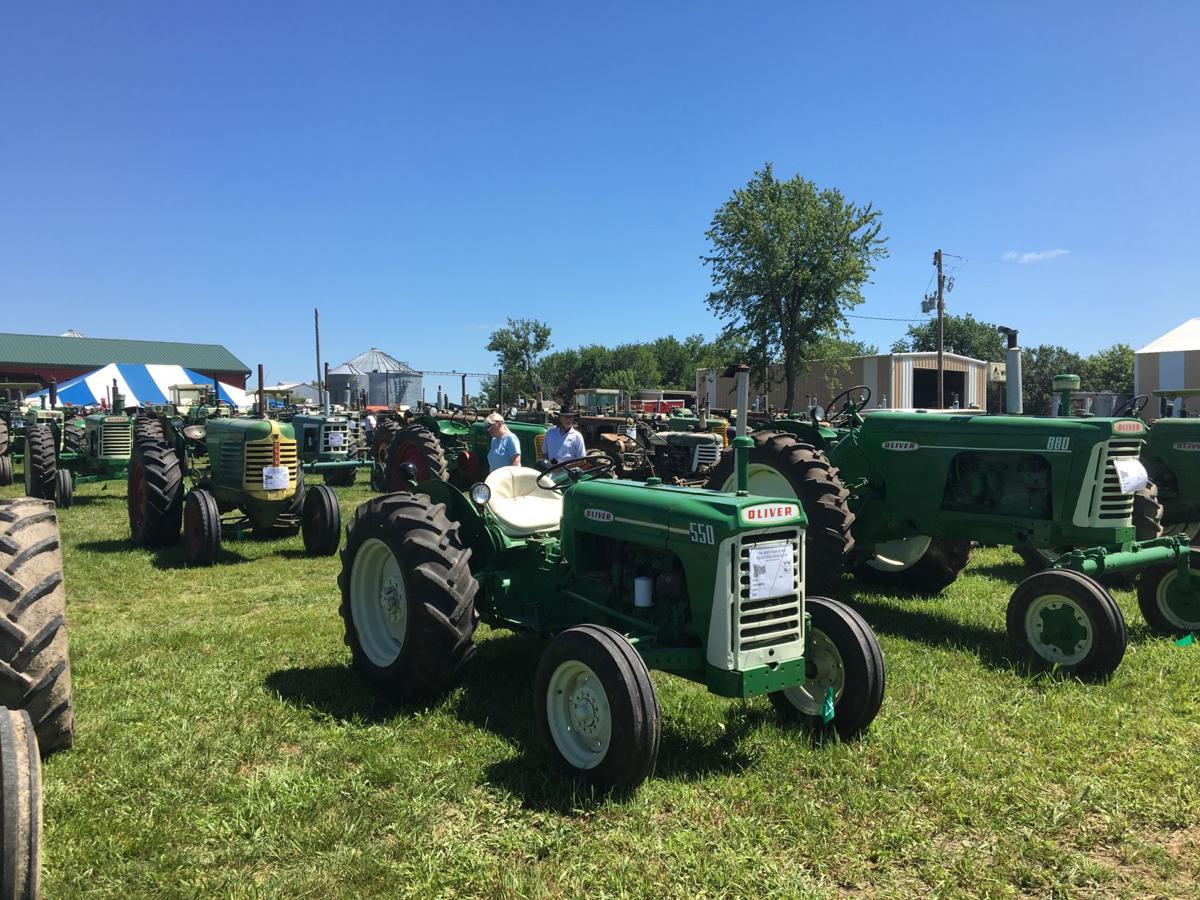 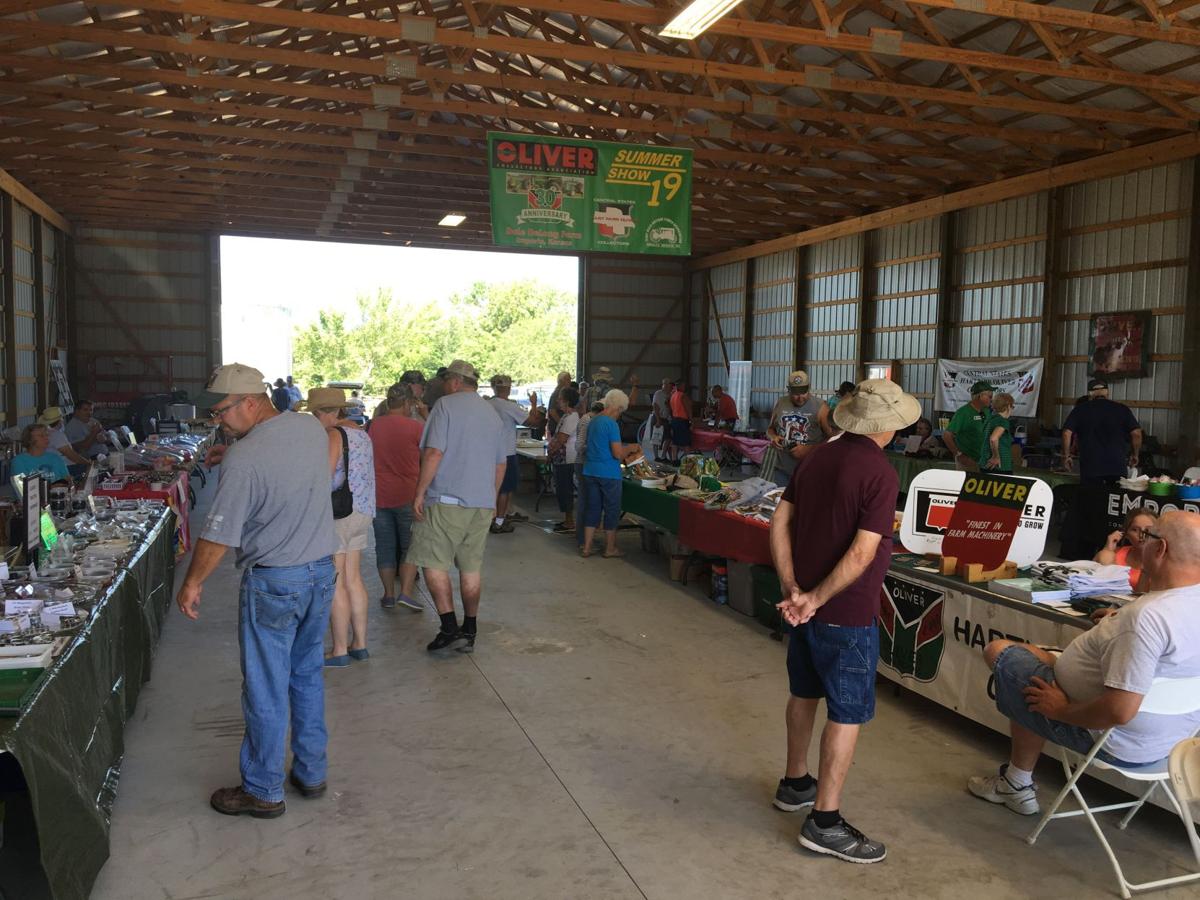 Attendees catch a tractor ride from the parking lot to the event area.

This is the 30-year anniversary of the Oliver show and is run in conjunction with the local Flint Hill Antique Power Association’s summer tractor show. The show began on Friday and will continue through Sunday.

“To have [the event] here at the farm is quite the honor,” President of the Flint Hill Antique Power Association and farm owner Dale DeLong said. He and the rest of the organization have been planning the event for two years.

“It takes a lot of planning, and of course, we had to get Dale’s crop rotation right,” Flint Hills Antique Power Association Secretary Glen Knuth said.

Knuth said it is the first year an Oliver show has been held on a working farm. Oliver shows are usually held on a fairground or something similar. DeLong primarily grows corn, soybeans and wheat.

Attendees can look forward to a tractor ride from the parking lot to the event area, various farm operation demonstrations using antique machinery and food and retail vendors (including homemade ice cream and pie).

“I’m amazed that they’re having it (the event), and I just love all that they’ve done,” art vendor Donna Russell said. “They’ve gone through a lot of work to do this. I’ve been watching them get ready for this.”

Russell is DeLong’s neighbor and relative. She said she appreciates seeing the different types of people enjoying everything the event has to offer. Some of the items she is selling include hand-made paint pourings, jewelry and wine stoppers.

“I thought, ‘A tractor show and a bunch of women — jewelry would be good,’” she said.

“We have a John Deere wheat binder that we demonstrate at our shows, and we’ll go out and bind the wheat,” Knuth said. “Then we pick the bundles up on a wagon, and then they come to the thresher. That’s how they used to thresh the wheat back in the ‘30s and ‘40s or the ‘20s and ‘30s.”

During the event, there is also an opportunity for tractor owners to show off their machines. During the tractor parade, those who have running tractors can ride around the property and have their name, location, tractor make and model announced.

People from all across the country are represented at the show. Members of the local organization said they have seen tractors from Pennsylvania, Michigan, Iowa, Nebraska and many other states.

Knuth said there are well over 250 tractors in the show, ranging from the 1920s to the 1960s, so far. He enjoys seeing tractors he has never seen and meeting their owners. He said there is even a tractor that uses a shotgun shell to start it.

“All of the people are always interested in looking at somebody else’s tractors,” he said.

One attendee, John Witzel, said he and his wife came from Pleasant Dale, Nebraska, for the show. They have attended the national Oliver shows for about 20 years. He worked for an Oliver dealer when he got out of school, and his wife’s family uses Oliver tractors.

“It’s hard to say what I enjoy most, because I like the demonstrations, some of that old stuff,” Witzel said. “I kind of relate to some of that.”

DeLong said he connected with many Oliver fans through Facebook and has met some of them in person at the event.

“I get to bring all of these Oliver people here, and we get to talk tractors,” he said. “That’s what I like.”

“I tell you, the people in Emporia were tremendous,” DeLong said. “We met my goal and surpassed it. It is very awesome.

“I’d like to thank everybody for their support. It’s just amazing how everybody’s come together. We’re going to pull this off.”