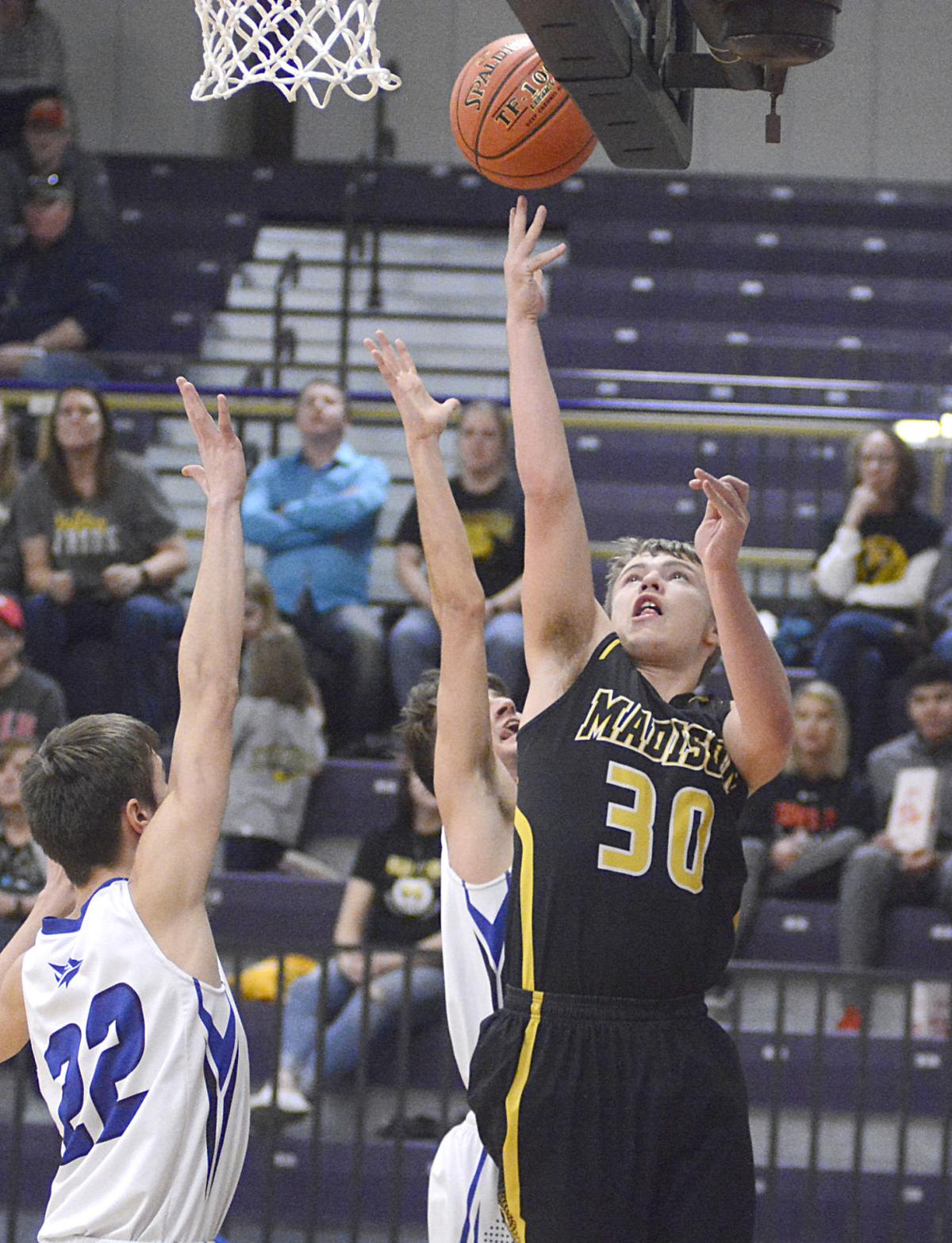 Chase Harrison (30) scored a team-high 13 points for Madison in their sub-state loss to Caldwell on Friday night. 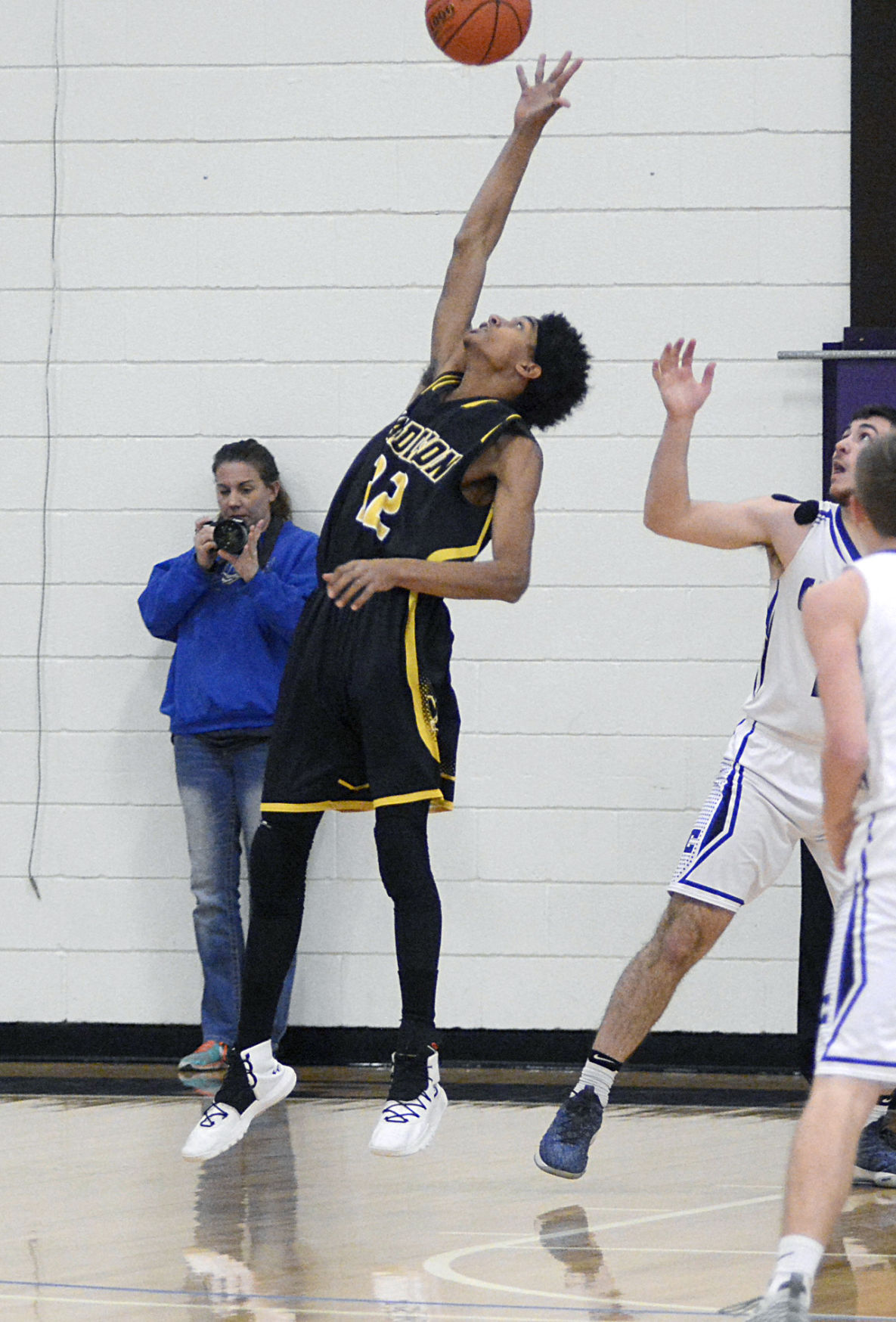 Kelton Buettner (22) reaches out to intercept a pass intended for a Caldwell Blue Jay on Friday night. 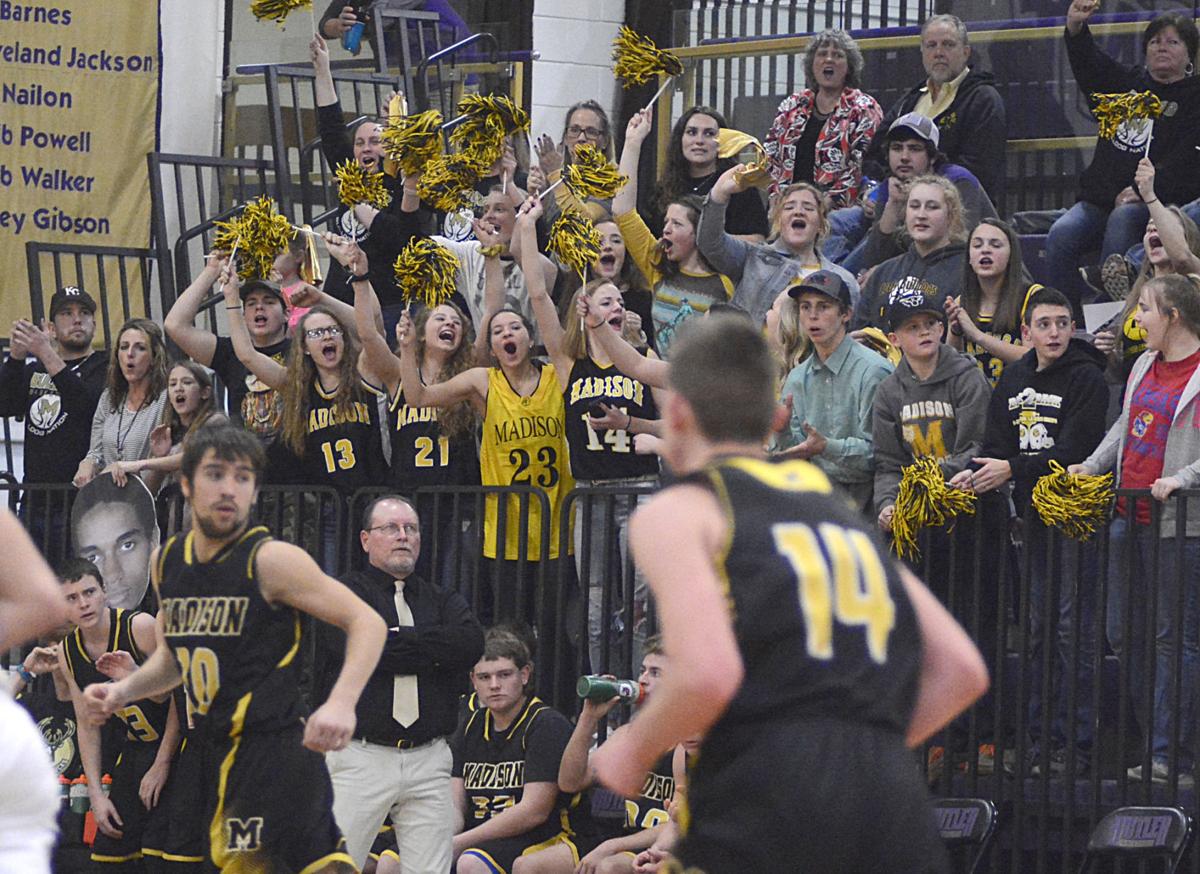 The Madison student section reacts to a first-quarter bucket by the Bulldogs in their 1A sub-state semifinal battle with Caldwell on Friday night.

Chase Harrison (30) scored a team-high 13 points for Madison in their sub-state loss to Caldwell on Friday night.

Kelton Buettner (22) reaches out to intercept a pass intended for a Caldwell Blue Jay on Friday night.

The Madison student section reacts to a first-quarter bucket by the Bulldogs in their 1A sub-state semifinal battle with Caldwell on Friday night.

EL DORADO — The Madison boys felt they were prepared for the challenge that awaited them in the 1A sub-state semifinal with Caldwell on Friday night.

“The biggest thing with this team is when we’re not playing well offensively, we struggle a little bit and we’ve been that way all year long,” head coach Brett Dannels said. “I felt good with the way we started ... but their defense was really good, they’re a seasoned, veteran group of kids. They really know what they’re supposed to be doing out there. Hats off to Caldwell for giving us defense that woudn’t let our offense get going.

Ryan Wolgram and Chase Harrison buried 3-pointers to start the game with a 6-0 run for the Bulldogs.

The Blue Jays, however, answered back with a 15-0 run where Caldwell didn’t just make baskets, they sped Madison up into repeated turnovers, with seven in just the first quarter.

“We like to play with a tempo,” Dannels said. “But we can’t play at the speed we were playing at. Caldwell got us sped up and we started forcing things. When you can’t get a pass to the inside and you can’t get a bucket to fall, all of a sudden things can get out of hand and it did pretty quickly.”

Senior Jalen Risley was the leading force for Caldwell, scoring 12 of his game-high 17 in the first 10 minutes.

“(He’s) a great player,” Dannels said. “I watched him on film and he made me nervous. We tried to put some guys on him with a little bit of length and force him to shoot tough shots and he put them in the hole.”

The Bulldogs finished their season with a 12-12 mark. Caldwell advanced to play Moundridge in the sub-state championship game on Saturday.