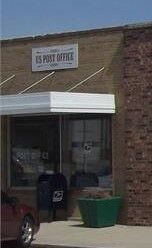 The Olpe Post Office at 118 Westphalia St will close Friday, May 13. The Emporia postmaster says service will be “temporarily suspended.” 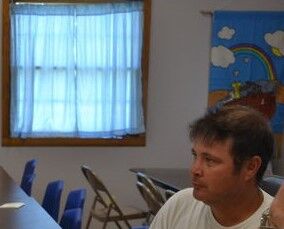 Olpe Mayor Keith Pimple says the town has few unoccupied buildings to offer the U.S. Postal Service to replace the one that’s closing on Westphalia Street.

The Olpe Post Office at 118 Westphalia St will close Friday, May 13. The Emporia postmaster says service will be “temporarily suspended.”

Olpe Mayor Keith Pimple says the town has few unoccupied buildings to offer the U.S. Postal Service to replace the one that’s closing on Westphalia Street.

Olpe will be without a post office in two weeks, due to what the U.S. Postal Service calls a “change of ownership.”

“We found out, probably two or three weeks ago, that there was a lease issue,” Mayor Keith Pimple said Monday. “We didn’t find out until last week that there was not an agreement made.”

A letter sent to residents Friday by Emporia Postmaster Tess Weimar says the USPS had a “loss of lease” on its Olpe location at 118 Westphalia Street.

“They lease it from Cory Haag, who owns the building,” Pimple said.

Haag confirmed that in an email to The Gazette Monday.

“I have owned the Olpe property and leased to the post office... for over 20 years,” the Emporia developer wrote.

Haag indicated that he negotiated with the USPS for more than a year, but could not reach a new agreement.

“My understanding from those discussions, well over a year ago, is they were looking to relocate the Post Office to a new location,” Haag wrote.

Haag added that the current lease expires Thursday, June 30. He has no plans for the property at this point.

The planned early shutdown next week is because the USPS wants to do “a de-post-ification, is what they stated to us,” Pimple said.

“The Postal Service will temporarily install centralized mailboxes in Olpe as soon as possible,” the letter from Weimar said.

Pimple said the city has negotiated a “downtown area” location with a landowner for what he calls the “cluster boxes.” He declined to say exactly where it will be.

By Saturday, May 14, postal services for Olpe will be moved to the Emporia post office 10 miles away, at 625 Merchant St.

USPS.com indicates the Madison post office is slightly closer to Olpe, at nine miles away.

Pimple said he talked with Postal Service officials last week, and discovered the USPS leases a lot of its locations nationwide.

The loss of a post office for any reason, large or small, can seem like a slap to a city.

“It was definitely concerning to us,” the mayor said. “They promised that this is just a temporary disruption in post office service.”

But it’s happened to small towns in other parts of the country.

South Bend, Nebraska, a town with about 100 residents between Omaha and Lincoln, lost its post office several years ago. WOWT-TV reported the lease was not considered cost-effective.

In that case, cluster boxes were installed for a time. A new local office now is in place there, open two hours a day.

That could be what happens in Olpe, population around 550.

“Their intent is to get a new post office in town, whether through an existing building or new construction,” Pimple said. “The post office has a modular building that they have brought in to other communities in the past.”

But that matter largely is out of the city’s hands.

“We don’t have a whole lot of buildings that are unoccupied,” Pimple said. Olpe has only a couple, and the city doesn’t own them.

“That will be a discussion between the post office and those owners of those buildings,” Pimple said. “The city will help in any way that we can.”

He added that the city of Olpe doesn’t even own any vacant property which the USPS could use.

The Olpe post office remains open weekday mornings from 8 a.m. until noon and from 8:15-8:30 a.m. Saturday. Weimar said the collection box outside the building will not be affected, nor will rural route service.

But in two weeks, a waiting game will begin. Weimar calls it a “temporary suspension,” but Olpe residents must wait to find out how long that lasts.

“It can be a month. It can be six months. It can be a year,” Pimple said. “The Post Office doesn’t move incredibly fast when it comes to these types of situations.”

A lack of speed clouds the overall reputation of the U.S. Postal Service these days.

Pimple hopes that a postal plot is not at work in Olpe. He thinks it should be about staying relevant.

“Their customers are the people that live in these communities — big, small, medium-sized,” the mayor said. “If they take the postal service out of small communities, they’re going to lose more business than they anticipate.”

Say what you want, but Olpe residents are losing it's post office because USPS had a “loss of lease” on its Olpe location... because the buildings owner wanted to raise the lease amount higher than USPS thought it was worth. Now the entire town of Olpe gets to drive to pick up their mail elsewhere so the buildings owner can make a few extra bucks a month from the next tenant. It has nothing to do with DeJoy or Trump, although this does sound like something a Republican would typically do. [wink]

Yea, Aim_Low, you blame bad weather on Donald Trump. You think Joe Biden is a great leader and pigs fly over the moon. LOL!

Donald Trump wanted to nuke a hurricane, and you think he was the best president ever. Enjoy your drive to the post office.

Aim_for_the_Gutter You should have been banned a decade ago, for spreading disinformation and terminal stupidity

he U.S. Postal Service lost more than $2 billion during the second quarter of the fiscal year, putting it on track to finish the current year more than $7 billion in the red—way worse than the nearly $4 billion in losses it posted last year. Pretty obvious why a town this size doesn’t need a post office

The US government is on track to lose $3 trillion this year - that's 500x how much the USPS was in the red. And if you measured the federal agencies in the same manner that you are measuring the USPS, every federal agency would be $billions in the red.

If you have seen the plan, one of their ways to cut costs is to eliminate over 100k post offices in small communities around the country

"A lack of speed clouds the overall reputation of the U.S. Postal Service these days."

Is there a source for that absurd statement? I have never seen faster delivery in my life. A letter or package dropped off in Olpe, is processed and already out of Kansas City after midnight the same day. Great job USPS!