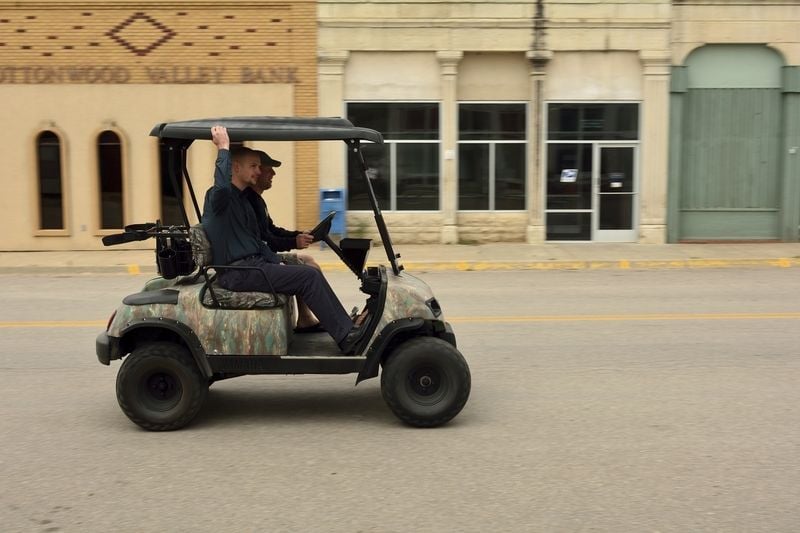 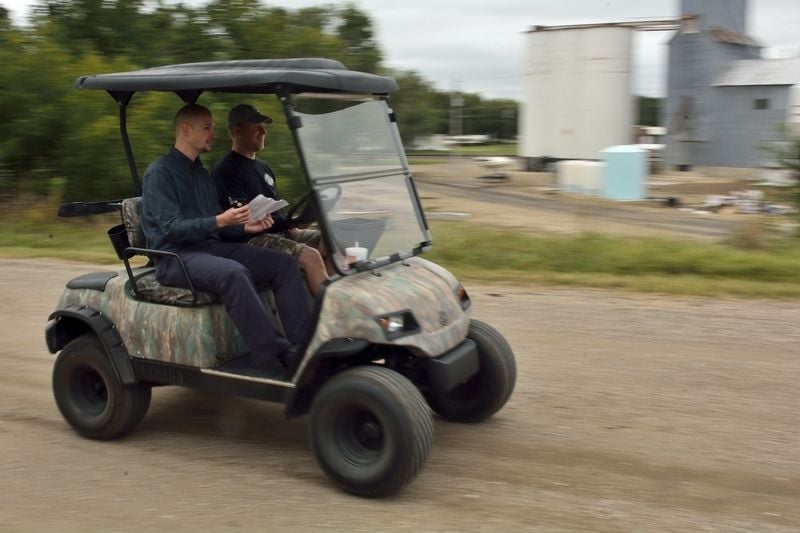 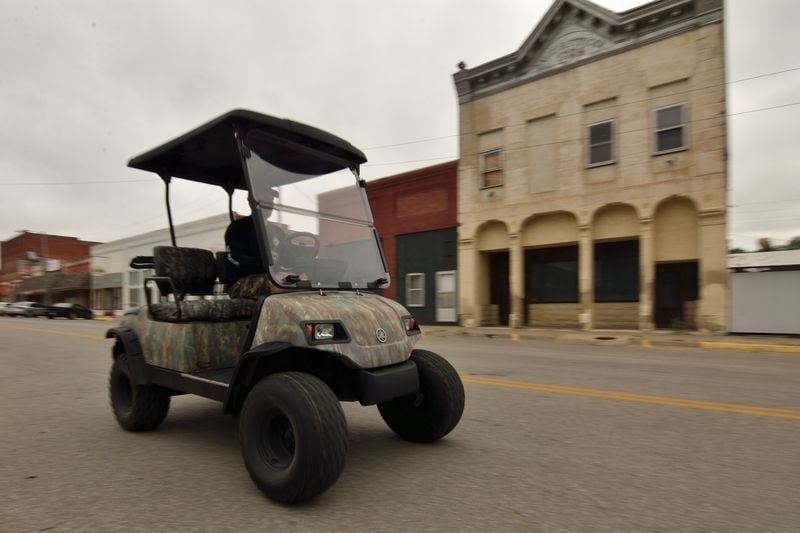 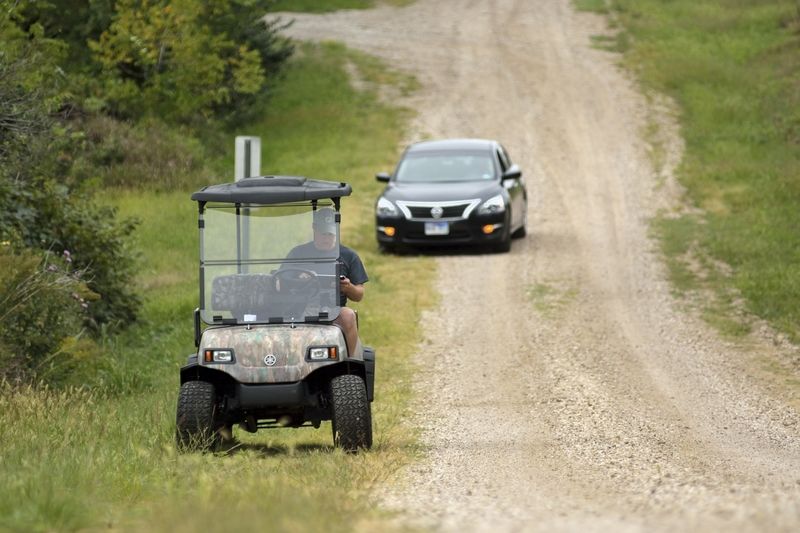 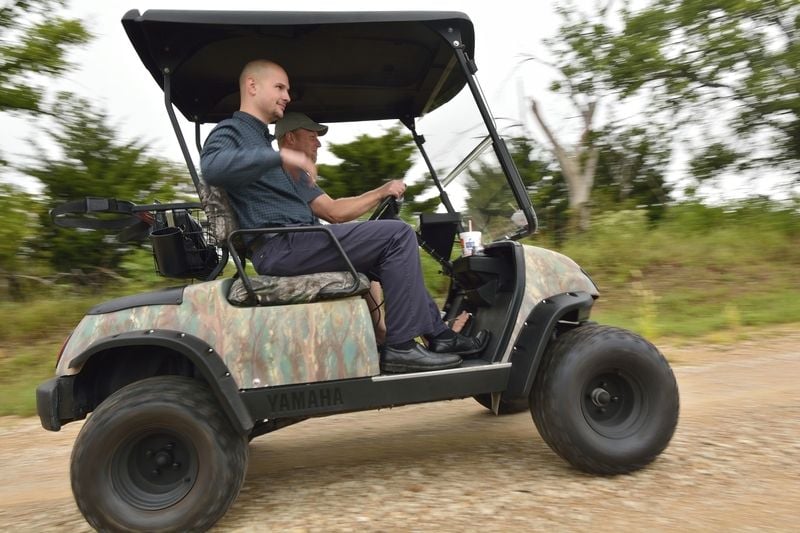 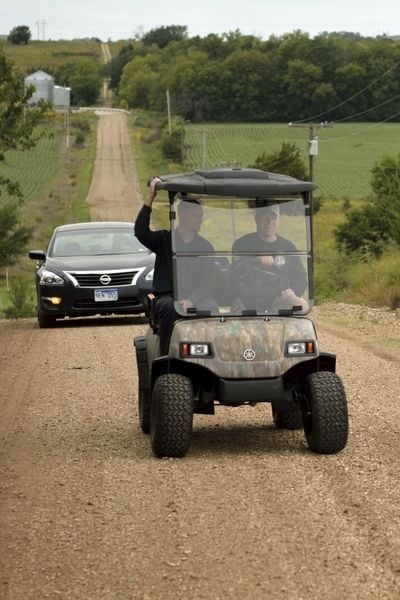 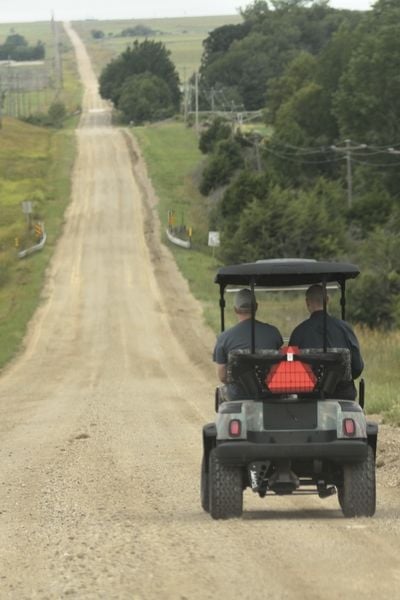 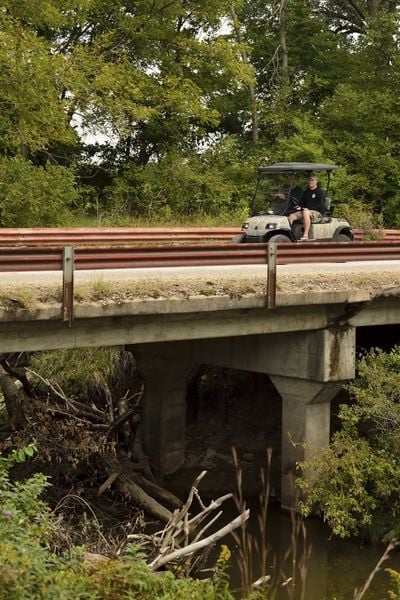 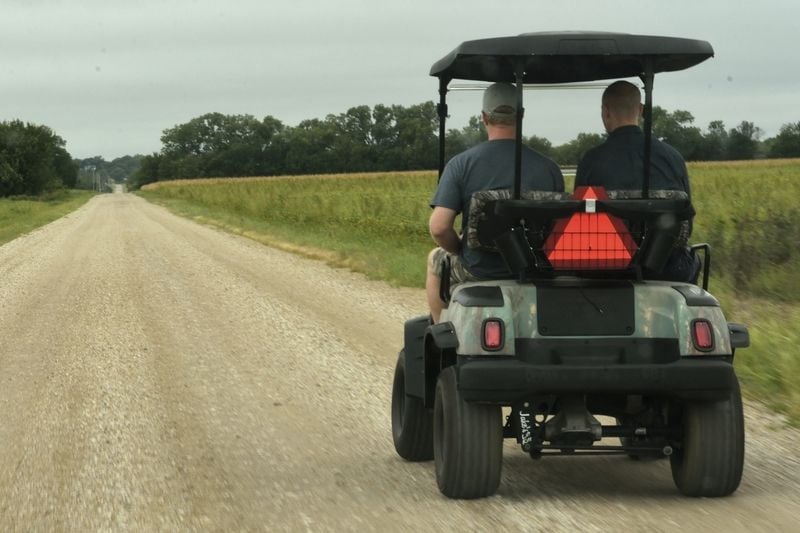 Rod Russell set out on an experiment Wednesday morning.

He had just gotten a new toy, a 2006 Yamaha side-by-side electric cart, but he was more interested in trying out the new batteries he had put in it.

A mostly-gravel route was planned from Emporia through Saffordville to Strong City. From there, he would go back east and a bit north to Americus, and — hopefully — back into Emporia.

“I would be thoroughly impressed if we made it from Strong City to Americus,” Russell said before the ride. “I mapped it out, and with all of the zig-zagging we’ll be doing, that’s 50 miles. So anything we get past that is just icing on the cake.”

The Ranger 160 battery, made by the brand Trojan, uses the latest in lead-acid technology.

The number 160 comes from the amount of minutes the manufacturers claim the battery will run on a single charge.

So once the set of six batteries was in place, Russell was ready to head out from Cooper’s Carts on South Commercial Street.

“Our objective is to drain the batteries,” Russell said. “We want to see how far they’ll go.”

Troy Milner, along with everyone else at Cooper’s Carts, was just as curious.

The Ranger 160 just hit the market, and this is the first set to be sold in the area. They still have about 18 left at the shop.

“I haven’t had to order since we got this first one,” Milner said. “But I do know that when the driver dropped these off here, he said he was already sold out.”

Milner said he expects that to change after hunters, farmers and ranchers — anyone — hears about the longevity of the charge.

He added that lead-acid batteries are more efficient than other types and typically last a lot longer.

“Once the battery is seasoned, say a month or two, who knows what it’ll do,” Milner said. “We don’t what they’ll do right now. But all lead-acid batteries like that, they have to be cycled a few times.”

The results from Russell’s trip were impressive.

He drove a total of 35.5 miles, and the batteries ran out of charge after two hours, 37 minutes and 39 seconds, a mere five miles from Americus.

“I think it was an amazing success,” Russell said. “Can’t wait for the next adventure.”

Russell recently moved to Americus from Emporia with his wife Heather and two sons. The family plans to get plenty of use out of the cart.

He’s getting a pull-behind lawnmower attachment, as well as a leaf blower to help with the new yard.

The couple also enjoys watching wildlife and the quiet electric engine will allow them to get even closer.

“Most people that I’ve talked to still think that they’re golf carts,” Russell said. “Drop the word golf, it’s a cart. This will never see a golf course.”

Thats amazing run time! I use a cart daily to go to and from work, as well as picking up customers equipment here at the Mow-Ped shop, i mite have to invest in some of those batteries. Thank you emporia for finally allowing carts on the streets! Good article.

Just as a matter of public interest, it probably wouldn't hurt to mention that according to the Kansas Department of Revenue it's unlawful to operate a vehicle such as this on any interstate highway, federal highway or state highway, or within the corporate limits of any city unless authorized by such city.